A Preview of Winter Colours At The Vermilon River. 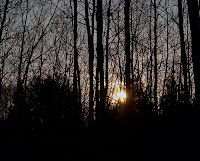 I recently heard an interview with Ian Dejardin of the Dulwich Picture Gallery in London,U.K., in which he enthused over the paintings of Tom Thompson, and the Group of Seven, which he had featured in his Gallery in 2011. The same exhibit then toured The National Museum of Art in Oslo, and from there moved to the Netherlands with equally rave reviews.The exhibit is now being shown in the Group of Seven's home gallery, The McMichael Gallery in Ontario. Click here to see the McMichael Art Gallery: McMichael Gallery. The Group Of Seven, expanded to ten later but still referred to as seven (an other Canadianism I guess) presented our northern landscape in a uniquely Canadian view. That view not only featured the rugged Canadian shield, its lakes and rivers, but also its uniquely Canadian lighting. That lighting runs the gamut from bright blue to grey, and forest greens.I'm certainly not putting myself in their league, but I've tried to show that lighting in recent  posts,however inadvertently. You'll see it again in this post. The weather has been strange starting with the hurricane and stretching into the Colorado storm that crossed the Great Lakes bringing us snow and rain, but nothing in comparison to the snow Manitoba received. Our temperature today is 11C, dropping tonight to -1C. That's a temperature drop of 12 degrees in 8 hours. Sure there's no such thing as global warming!! 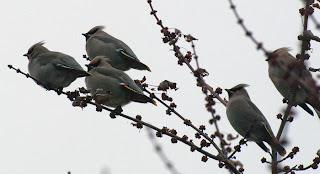 The Boreal birds are here from the Common Redpoll shown above to the swarm of Bohemian Waxwings shown opposite, all bringing their unique colour to offset the grey skies. 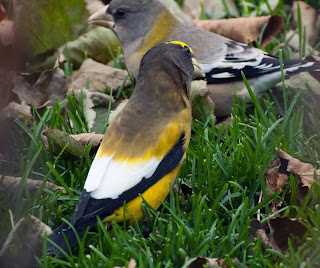 
A post to: I'd-Rather-Be-Birdin',Our World Tuesday, and World Bird Wednesday.


Opposite a male Evening Grosbeak 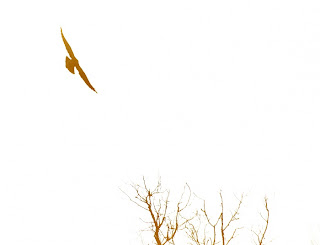 This is a pair of photos as this crow or raven actually flies out of the sun to buzz Boom and I. 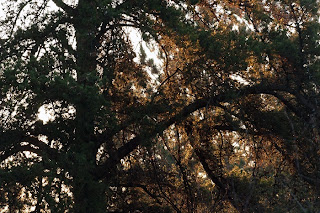 This is that strange colour that results as the sun back lights some of the trees. 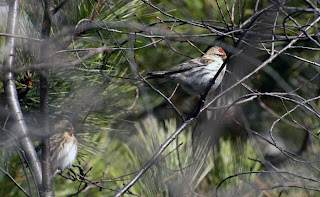 Again the sun hitting the Redpolls.

Just a personal note: Thanks to Ladyfi for checking on Boom and I. We have not been posting for a while trying to get ready for winter. Getting ready was complicated by the weather, which was not nearly as bad as anywhere else. Also, I'm probably not going to post twice a week as I did before. Only because it takes such incredible time, and Boom and I are getting slower than ever, and have other hobbies as well. That doesn't mean we're ill, we're just fine. And no, I don't want to shorten the posts. Of course we may not stick to this idea, we have all the sticking power of spit.


Interestingly enough the blog continued to receive its usual visits from the usual countries.