Some Sunny Skies, and Some Opinions From The Vermilon River.

The weather is still primarily overcast, but we managed a fair hike on one bright day. We didn't get to the rapids as the trail snow is layered with ice, and fairly hard going. The River, although it never freezes, is opening up as you'll see. There are a lot of photos so I suggest you click on any image and watch the slide show. 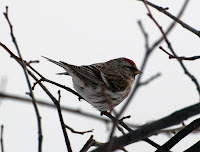 You're probably expecting me to comment on the budget, but I'll do that in detail in another post. I'll say this though, Harper is not going to balance the Federal budget, as he promises because the Canadian economy is build on consumer credit, and that is fast running out. The Canadian Banks were down rated by S&P because of that recently. Even Flaherty had to ask Manulife to back off its aggressive mortgage rates to avoid more consumer credit, and inflation in the real estate market.. Canadians are going to have to pay more attention to Harper before he causes more damage.Just something more to think about. In a recent CBC interview it came out that Harper had intended to loosen bank regulations before the US bank disasters occurred . Think where we would have been in that case. 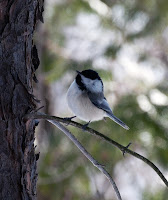 Harper is a supporter of the Fraser Institute in Calgary, and vice versa. They are a right wing economics group, and climate change deniers, funded by a few large companies, and very active at the University of Calgary. For a profile follow the link: BCTF 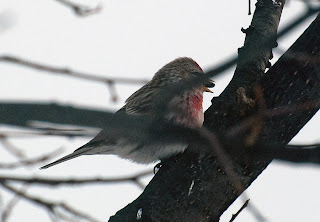 A post to :Id Rather be birdin, Our World Tuesday, and WBW

In a previous post I had said that global warming will scare off insurers. In a recent Ceres study on the March 22nd post of Care 2, large European reinsurance companies are warning companies of the risks of global warming. Some companies are moving out of risky areas such as Florida where the state is now the largest insurer. You should read the post.