Wildfire,A Tribute to Rangers, and Wildlife of the Vermilon River. 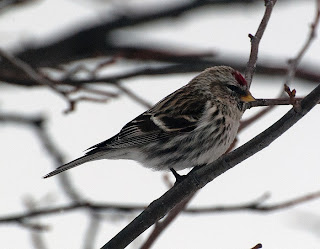 The weather has been snow, snow and more snow, making getting around difficult. We've even had to dig out the bird feeders. Nevertheless, we've been on some treks despite the weather. The winter birds are a pleasure to see, especially the Redpolls. The flock must be up to a hundred again, and their early morning vocals are a fine greeting. The fox posted below was previously posted, but I forgot the second photo. Take a look at his eyes in the second pic when he realizes he's beside me. 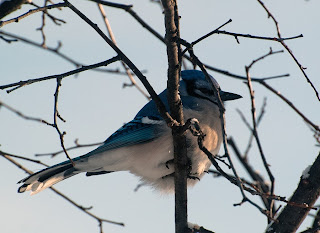 This post is a bit of a collection of themes, but is mostly a tribute to the indomitable Forest Ranger, and the forest wildfire risk. Probably a suitable theme as winter passes here, and the risk of fire approaches with the coming of summer,while in Australia floods and fire have raged all summer. I've already explained that the heavy moisture laden air over the ocean intensifies storms, which we saw in New Jersey  and New York recently. The cost of the the storm was according to the web, 79 billion dollars ( US). 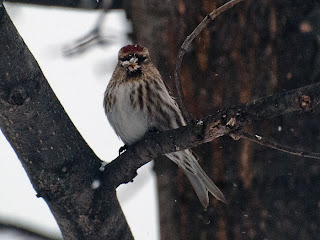 This does not include any emergency funds applied for, or granted for the snow storms which struck the eastern seaboard shortly afterwards. The use of the funds to reestablish beaches for human consumption or levees, rather than salt marches, and natural impediments,only means the next storm damage will be greater. Communities must also stop building on flood plains, and wetlands which are the natural buffer of floods.( See Brent Blackwelder:"Today's Irrational Policies Increase The Cost Of Tomorrow's Storms" Daly News, Jan 22, 2013, for an excellent article). 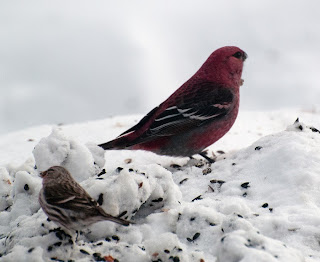 Now to wildfire. So what makes me an expert on wildfire.Well I'm not! But I believe that every person who aspires to be a "responsible" member of society needs to be acquainted, and some what educated about our problems. Have you noticed your elected officials and your media never mention global warming without preceding it with "if". That's because it demands an answer now, and they don't have one, or even a vague notion. It also demands a reshaping of society,and our officials being the worst drek of our society are incapable of that.


A post to: I'd Rather B Birdin, Our World Tuesday, and WBW. 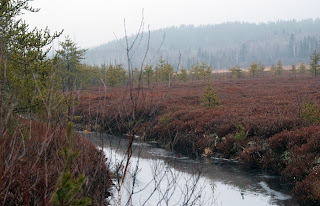 I should perhaps amend the" I'm not an expert" at least slightly, as in my past I was with Ontario Lands and Forest to complete a project in my field. I had just finished my Master's, and reluctantly signed on. It turned out my income was charged back to the park, thus reducing their staff. Now I've always been a woodsy guy so lending them a hand in other areas was easy and fun. I lived in a compound of  Rangers,Provincial Police, and Mounties (who supervised the Aboriginal Reservations at that time). The Chief Park Ranger was the former Chief Fire Ranger at Whitney ( near a major Canadian Park), hereafter known as Tom. Now Tom was everything a storybook Ranger should be, but he could not face a crowd, so I did all the interpretative shows on Thursday night. And the favourite was the forest fire one,complete with a movie. All supplemented with Tom's very own fire stories,even employing his northern accent with Tom as my coach on the sidelines. 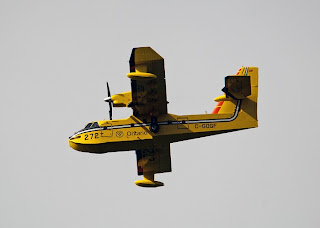 So here goes. I posted the tundra photo,above, to use as a site photo. Suppose it's a hot dry summer. The trees are their own worst enemies as their transpiration is drying them out as well. Now this forest is a wilderness forest, so there are dead falls,  standing dead trees, and the forest floor is covered in dry branches and needles. Lightening strikes a tree on the ridge, and sets one tree on fire, spraying sparks to the ground,which ignites dead branches. All the time, the air and surrounding trees heat up until other trees reach the flash point, and burst into flame. The fire begins to crown, seemingly leaping from tree top to tree top, possiblely aided by a wind. The fire crews are alerted and arrive. Over- flying the fire by helicopter to map it and set up the fighting strategy, while crews are dropped at the same time to set up camps to house men and equipment. As both arrive, they're dispatched to start cutting the swale in advance of the fire to isolate it, and deprive it of new fuel. This is done at severe risk to them, as the fire may over leap the swale, and trap them. In the meantime the water bombers start their runs dropping pay load after pay load.As the fire reaches the tundra it moves underground because the tundra is dry, and the fire is hot enough to ignite the underground peat. The only certain way of dousing the peat is heavy rain, and then a winter with heavy snows. In the meantime the fire chief in touch with the ground crews will determine whether to bring reinforcements in. These reinforcements could come from other provinces or even the US. All equipment used by fire fighters is of a common size in North America to facilitate co-operation. But we're lucky this time a non-electric rain storm hits putting out the fire. 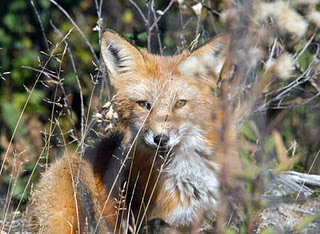 Now all Ranger outfits are at the bottom of the budget barrel which is strange for any country that may even vaguely value its wilderness. Most people who sign on as rangers are nature nuts as well. They're sure not in it for the money. But this is even worse in the US, and not just because of the recent financial situation. I've ragged you guys for not having any real wilderness left. And what you have, you serve up as a theme park with all the phoniness of Disney Land. A fact which might be OK if your kids could distinguish the difference, but they can't if you don't teach them Even Yosemite, a former jewel, is awash in urban crime, drugs, family abuse, and gun nuts to name a few things, and patrolled by 50 law enforcement rangers now,when it was patrolled by 100 before. But that takes these rangers away from forestry, and wildlife, and makes them urban cops, so who introduces your kids to wilderness. 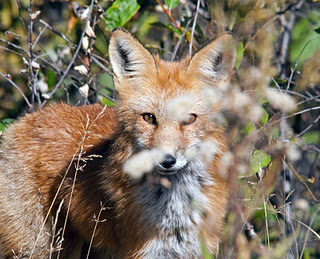 The Ranger drink in the compound, I mentioned earlier, was tea laced with navy rum taken off duty, around the camp fire. So let me raise my cup now and toast Margaret Anderson, a young ranger shot, and killed at Mount Rainier, Washington at New Year's. May she walk in the forests of the Ranger's Valhalla, where she'll likely meet Tom. She is, I think, one of one hundred US  Rangers killed on duty.What a sad comment on your society.
Posted by Unknown at 11:32 AM