Hiking the Long Lake Wetlands. A Post to My World Tuesday.

With the uneven weather I'm a bit out of shape, so I took a concerted effort to hike twice in a row. Remember I'm lame so I have to work at this a lot harder than you. I suppose the heat and humidity isn't helping either. Anyway this brought me to the wetlands twice in a row, no real chore of course. These are two views of the wetland itself.


I had said in a previous post that I would add some further fireweed shots to show you its vivid colour. It gets its name from the fact that it is the first plant to begin the regeneration cycle after a forest fire. Nature is pretty smart. This weed is growing in an area of pin cherries, and dogwood on the borders of a small creek that feed the lower wetlands. The larger shots are not as advanced as the field shot, as the blooms start at the bottom and move upwards. You can see the pink tips on the plant in the field shot. 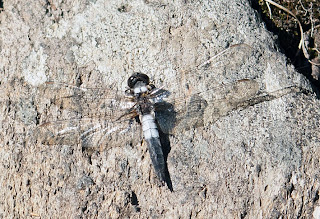 All of the wildflowers are growing like crazy. The milkweed is covered in insects as you can see.The biggest problem was avoiding the stinging insects. Goat's Beard and Campion are favourites of mine so I include them wherever I can. Yarrow is distinguished from Queen Anne's lace by the fern like leaves. The blueberries no longer exist; I ate them all. The flowers of the Common Mullein grow on the stalk, and only a few seem to bloom at a time.


I included the dragonflies for Bob and Birgitta who were so intrigued by my previous post. This is a white Dragonfly in the top photo, and if you look closely at the wings in the second photo, they're two tone, clear and brown. He's also a white dragonfly. The moth is a close up of the one in the milkweed photo. I think Blogger is telling me that I'm out of copy space. But no post would be complete without a few birds.

So I included the Waxwings, the Song Sparrows, the Goldfinch, and the Robin to finish off. I'm not certain if the in flight pictures are of a Raven or a crow. It's too hard to tell. 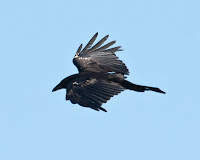