More Whimsy At The Vermilon River. A Post To SWF. 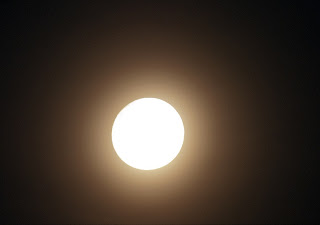 The weather here is more changeable than ever. We've gone from a storm that dropped somewhere between 16 and 25 cm of snow to low temperatures of -29C with the windchill, and back to 0C with sun and then rain. I caught these photos of the moon one very early morning when Boom and I were out walking. Don't forget these photos are all resized so read the copy and click on a photo, and watch the slide show. 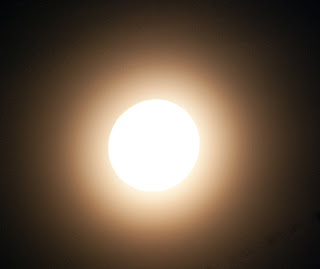 The sheer brightness eclipsed that of the sun when it arose the next morning in a rather insipid way. I've included in this post more photos of the the lakes and ridges to the NW of our usual stamping grounds to give you an idea of the extent of wilderness available to us. If we were younger it would be even more, because there is no human limit to the area as you move north. 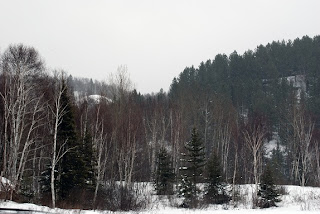 These are the ridges of Rockcut and Mud Lake shot from the mining road we're on. Normally we would be on the other side of those ridges. 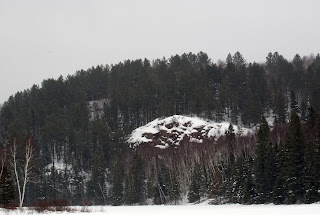 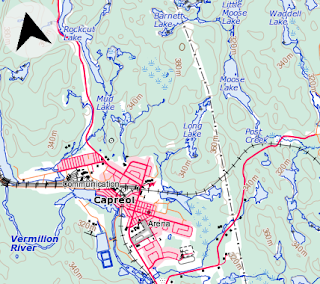 I included the map again to give you some idea of the area, and the country available to us. I'm shooting the scenery along the the road marked in red, near the North symbol, and the lakes are running along side the road. I didn't include the west side, or south west side of the map which is also our area. You'll have to look closely, but the elevations are marked on the map. 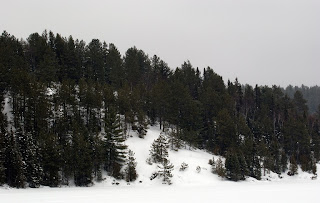 Another ridge on the other side of the lakes. To hike this area, you could canoe across  Rockcut Lake and pick up a trail that that climbs up the ridge. You don't need to worry about leaving your canoe, because the whole area is uninhabited, except by wildlife. The rest of the post is wildlife so I'll just use captions. 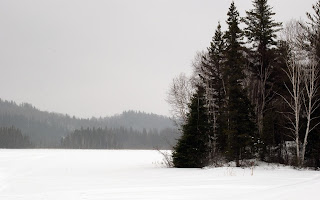 This is a view of the Mud Lake ridges that escaped to this part of the post. The lake is frozen over in the foreground of the photo. 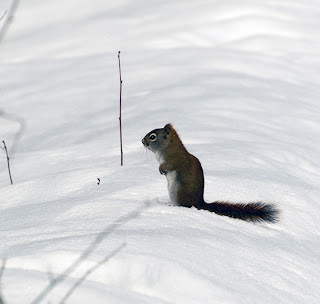 And finally a red squirrel posing in the snow. I had mentioned in an earlier post that I'll be losing some of my winter finches when spring arrives. I was talking mainly about the redpolls who I count as my lucky winter birds. If I have them, I have all the rest. In addition to them, the pine grosbeaks will probably leave for the far north to be replaced by warblers, sparrows and all the aquatic guys. A post to SWF @ http://skyley.blogspot.com/ and Camera Critters @ http://camera-critters.blogspot.com/ and Scenic Sunday @ http://scenicsunday.blogspot.com/
Posted by Unknown at 6:33 AM