More Playing At The Vermilon River 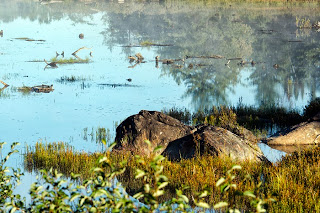 The weather is all over the place with temperatures of 3C(about40F) to muggy,warm, and then rain. That accounts for the fog opposite, and the odd combination of critters. The birch,below,despite the infestation produced seed creating more food for the birds. This is a long post so use the slide show. I initially intended to comment on political happenings here with our PM continuing to look sleazy, and crooked. I think more people are waking up to what he and his party really are. I think even the resource companies are recognizing what a loser they bought, and are desperately afraid, for Shell Canada donated to a Birds Canada project. I still am amazed they took the money. Even  CN (RR) gave here for a supposed green project. Again too little too late in all cases.To the latest from the NRA in the US, in their move to equip young people with guns. I don't know why Congress doesn't just pass a law requiring every US citizen to have three automatic long rifles with banana clips, and at least two automatic handguns with a hundred rounds for each from birth. This should help the only growing industry in the US. But I lack the room to go on. 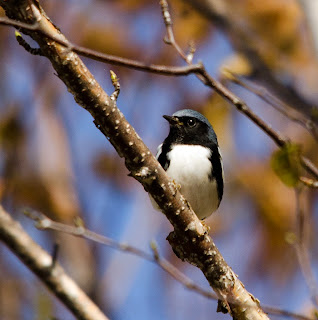 The warblers are still here and hanging out in large flocks, some in mature colours and others in immature form. Opposite a Black-throated Blue Warbler.
A post to Id Rather B Birdin, Our World Tuesday and WBW. 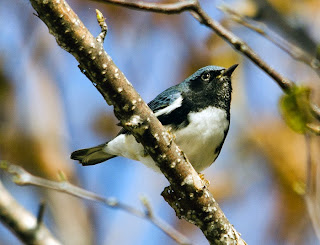 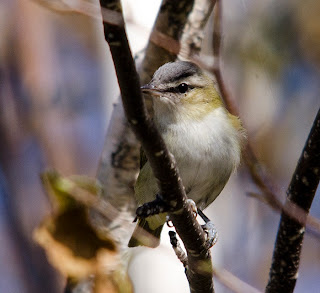 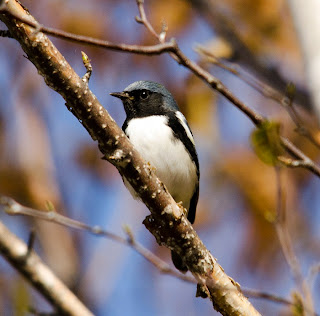 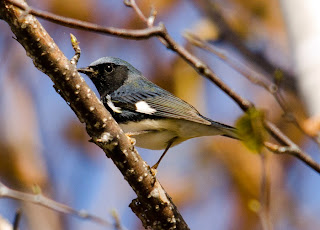 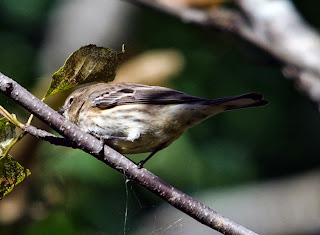 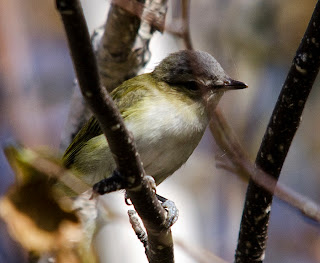 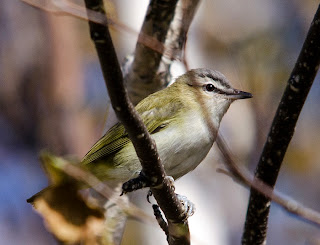 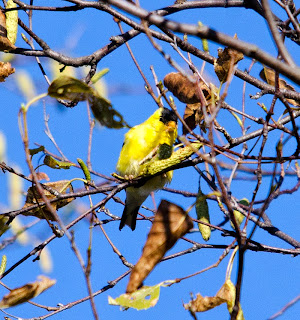 This sequence shows a male Goldfinch cleaning off a birch seed pod in the same fashion as we eat a cob of corn. 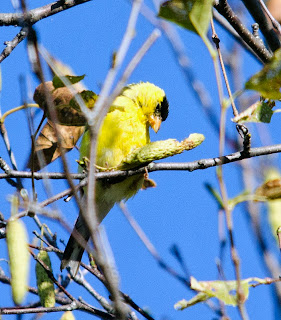 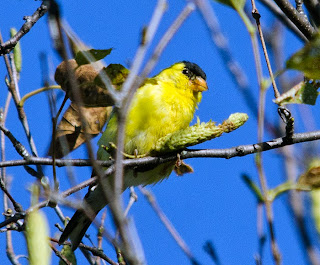 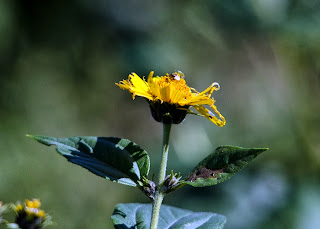 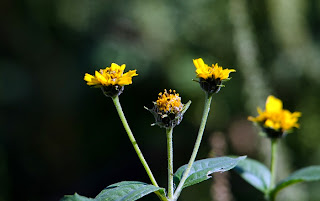 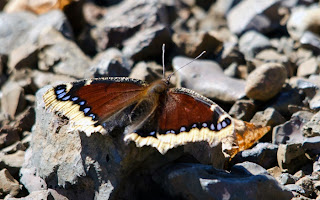 Mourning Cloak. When it warms up, out come the butterflies.Or is that butterfly's? 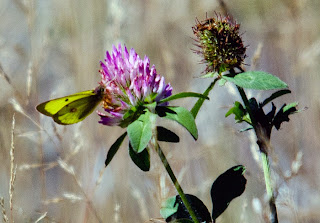 I could'nt get this Clouded Sulphur to stay still, so I shot him in flight. In the second photo his wing is in the downstroke. 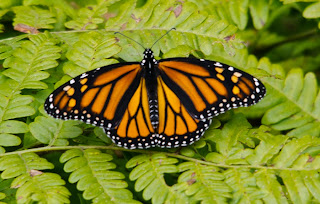 Michelle told me in the last post that the monarch population was down 50 percent. 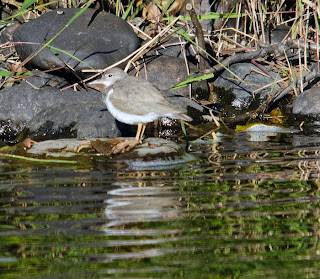 I have said before that I don't see many sandpipers. I think because the shores offer too may hidding places. I think this guy is an immature,because of the stubby tail. 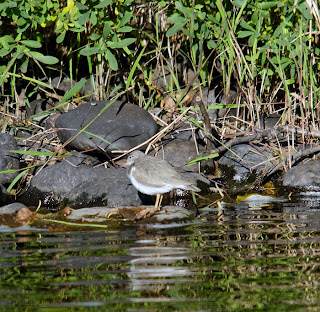 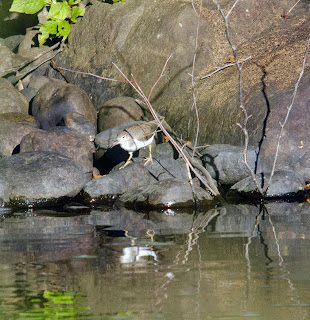 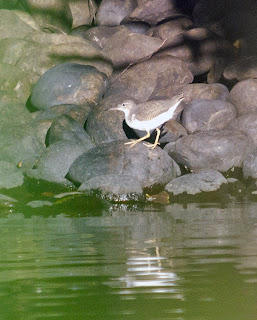 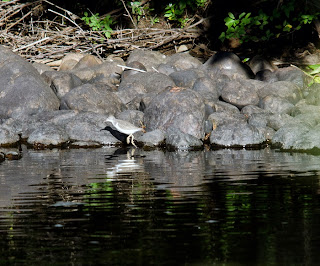 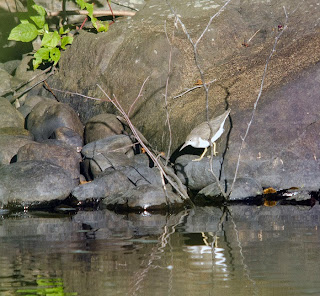 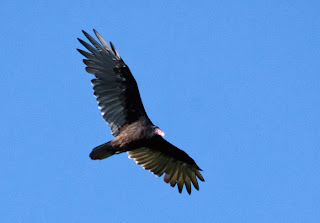 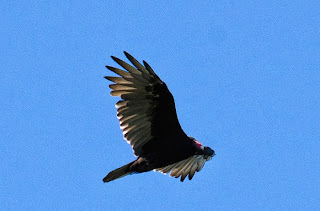 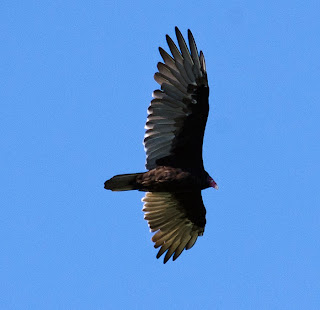 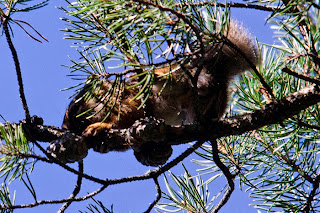 And of course here lies a story. The red squirrel is in a stand of Black Spruce travelling the upper branches. If small branches get in the way he nibbles them off. There are some dogs,with people,in the area crashing through the undergrowth. The female, a Rottweiler, didn't even sense me until she was virtually on top of me,and only then, when I spoke to her leaving her completely bewildered. 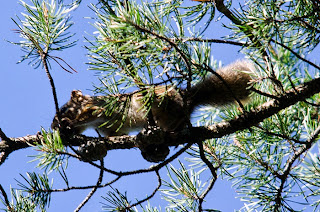 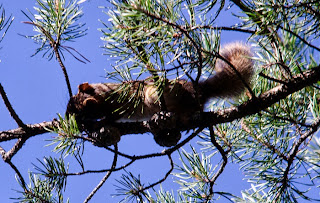 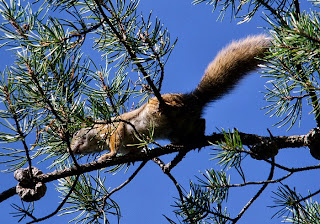