A Pre-Easter Hike on the West Side Of the Vermilon River. A Post to SWF. 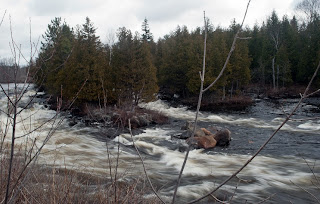 Tired of red skies in the morning that brought rain, snow, cold and wind, Boom and I headed out to the west side of the River. We could not get through to the rapids before, because of flooding on the trail. But today, although the River was high, the trail was open.
REMEMBER: READ THE COPY, CLICK TO ENLARGE AND ENJOY THE SLIDE SHOW. 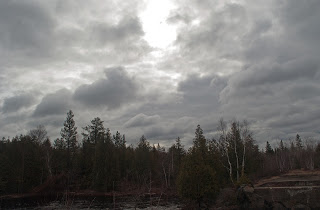 The skies were a little dicey. Although the sun tried, it soon lost the battle, and a high wind came up. You can see the bright spot in the photo opposite. That's the sun. 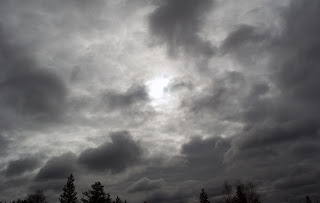 You can see the cloud overwhelming the sun in this photo. But the sun did show up in the late afternoon. 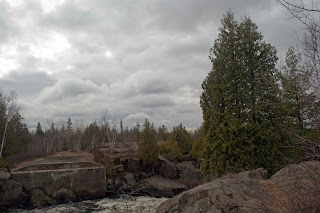 This is trail end as the bridge was destroyed when the track was abandoned. 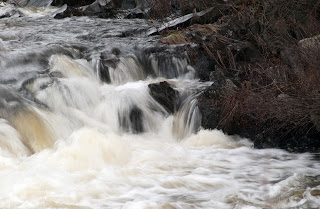 The rapids are swollen with the spring flood. The rest of these photos are of white water as it fascinates me. 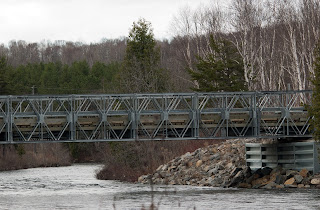 To get to the west side of the River we have to cross, and this is the bridge that we use. Turn right at the end and you go to the ski area, another area to hike. Turn left and you go to the abandoned track, which is our destination. 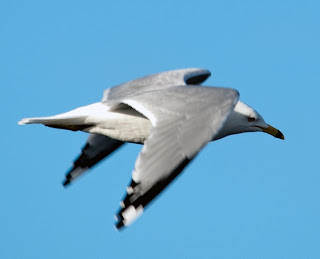 The Ring-billed gulls were especially co-operative today which is unusual. This is the same gull in all the photos. Notice how his head is sharp all through the sequence. I'll bet you didn't think I could hold that lens steady for that long. 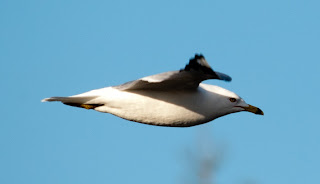 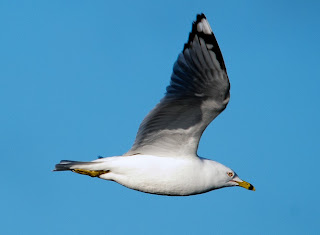 Not bad for an old guy and his dog. 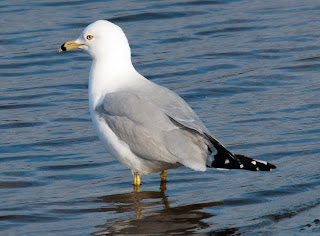 This Ring-bill posed right at the River's edge. They may be squawky, but they're handsome, and they are beautiful fliers. 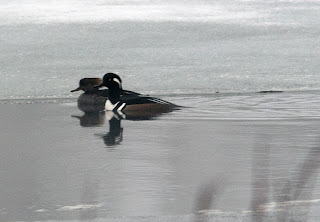 I did quite well in the duck department with these Hooded Mergansers, and the Buffleheads shown below. 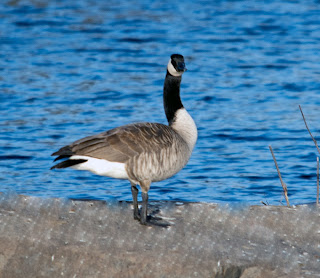 No post would be complete without some Canada Geese. 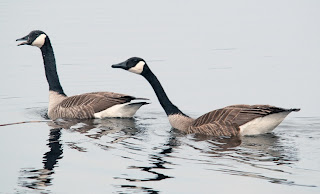 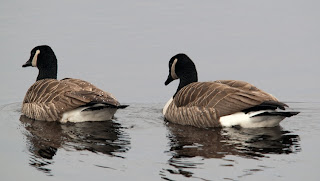 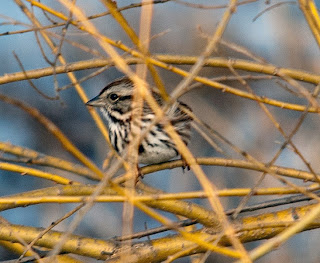 The Sparrows are starting to arrive which is another sign of spring. These photos show a Song Sparrow who was signing his heart out. 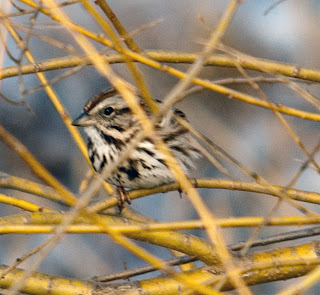 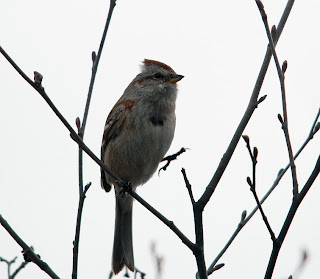 But this guy is the real find today as he's a Tree Sparrow, the first I've seen so far. We have an extraordinary variety in this forest. 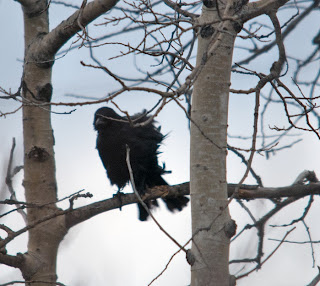 Our guide was almost blown out of the tree in the wind. 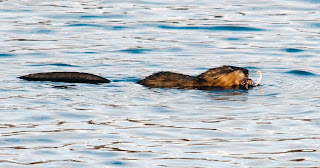 The Beaver was out and around also. You can see he has stripped some bark for breakfast. 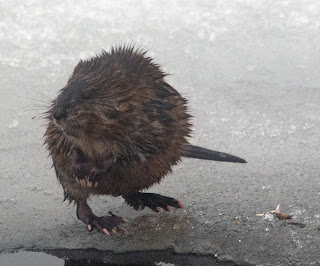 A shot of the muskrat taken before the ice breakup. 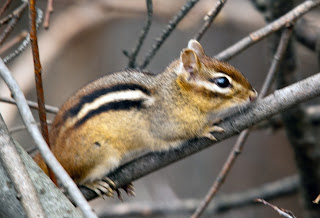 Chipmunks are true hibernators so spring must be here. He's the first that I've seen. 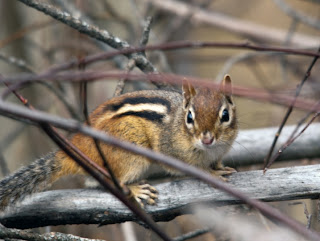