Fog, Mist, and Wildlife At The Vermilon River. A Post To SWF.

I had originally intended to post scenes from three days of hiking, but the mist generated by current weather conditions, hot sultry weather with cool mornings, culminated in this heavy fog, which made for some interesting shots, and at least one story. I hiked the west side of the River as well as the beaver pond of the east track. I have been out early as the fall forest,as is the case of the spring forest has a tenseness to it , because there is unfinished business for the wildlife. Most of the unfinished business is the getting ready for winter whether that means migrating, preparing for hibernation or caching food if you're a semi-hibernator. In addition the young must complete their education and become independent. So normally nocturnal animals can be seen during the day.

My story relates to the beaver shots in this post. I have a favourite area at the east track beaver pond which is a natural rock chair surrounded by blueberry plants. The bears have eaten all the blueberries now, but it's still a comfortable rest area. I use my hat, the usual wide brimmed affair, to rest my camera in while I get settled . Not a good idea in this fog. As I picked it up I saw two black wolf cubs in the pond frolicking ,but my lens had fogged over, and I was too late getting another lens on the camera. I have only seen one other black wolf in my travels up here. Well seeing was great, although the thrill of some photos would have been greater. 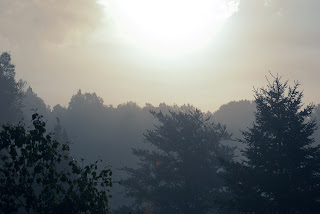 Opposite, and the previous photo are of the sun rising ,and trying to burn off the fog in the initial part of the hike.

CLICK ON THE PHOTOS TO ENLARGE AND SEE THE SLIDESHOW. 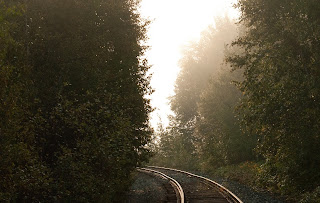 Now doesn't this curve in the old track look like it leads to somewhere scary or at least interesting. 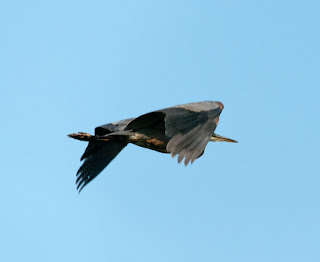 This is a series of Great Blue Heron shots. They were not all taken the same day or in the same place, although the in flight shots are all of the same heron.. 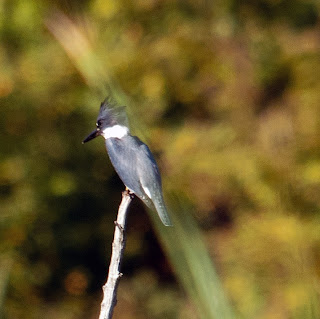 I've been trying to get some shots of the the Belted Kingfishers and finally got these, although they're long range. 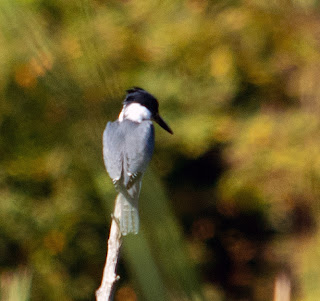 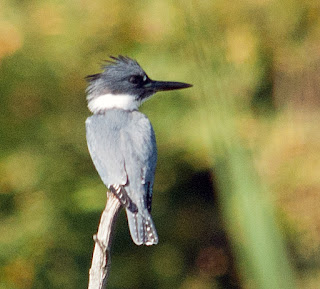 This is my favourite of course. 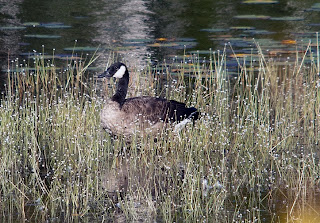 The Geese are moulting and training the young to fly in formations. 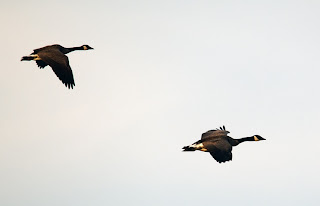 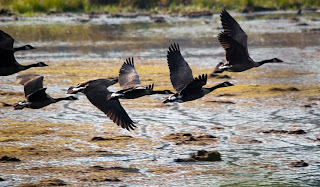 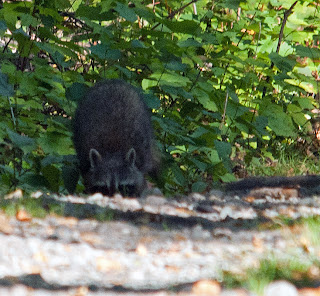 I had posted the young raccoons in the previous post and caught this photo of mom the next day. I included some further photos of the young, who I now call Huey, Dewey and Louie. 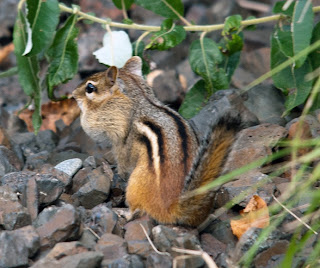 Chipmunks are ground squirrels and are true hibernators. Take a look at his cheeks. 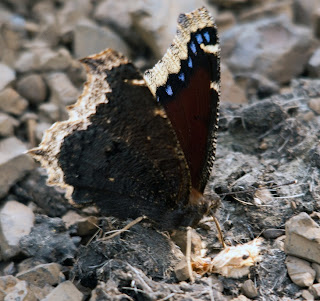 I've seen lots of Cabbage Whites and Sulphurs, but not much else so I was delighted to see this Mourning Cloak.