New Sightings and Other Wildlife of the Vermilon River.

There are no scenes in this post only because of the number of wildlife shots. The photos were collected over a three day period from the east track area, as well as the west side of the River. The hikes were done on consecutive days,because the weatherman was forecasting about four days of rain,which is turning out to be true. The post is crammed with photos so I'll keep the text short. The hikes were taken shortly after sunrise, so I'm still using the camera methods I told you about in the previous post because the light is low, and visibility is restricted by mist or fog. 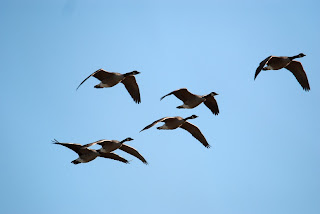 CLICK ON ANY PHOTO TO ENLARGE AND WATCH THE SLIDESHOW. 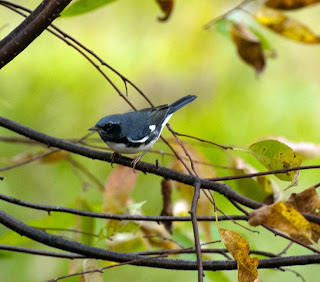 These shots of the Black-Throated Blue Warbler were taken out at the beaver pond. He's a first for me. This means that of the nine warblers of Ontario, I've seen them all except one, the Canada Warbler. Seems almost unpatriotic doesn't it?


This is a series of photos of a Yellow-bellied Sapsucker in a stand of black spruce on the west  side of the River. Initially I id'd this as a Three-toed Woodpecker, but thanks to Ken, we've now got it right. The problem is he's showing no red on his head, but is showing the long white bar on his side, and the white on his face, possibly he's an immature. The last photo is at the bottom of the post. 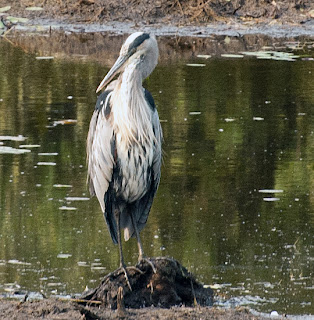 I included another series of Great Blue Heron shots taken in the east track wetland. 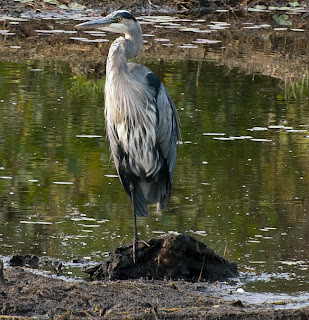 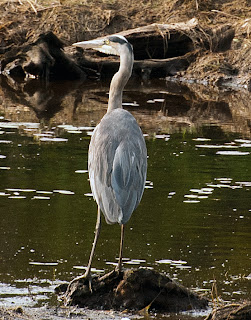 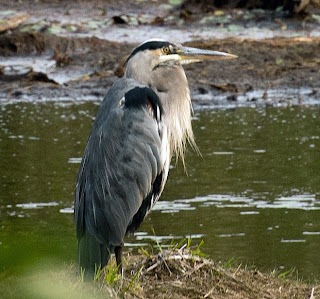 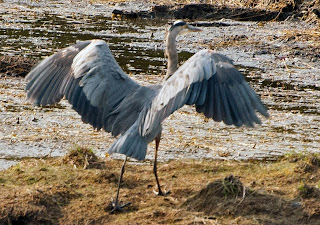 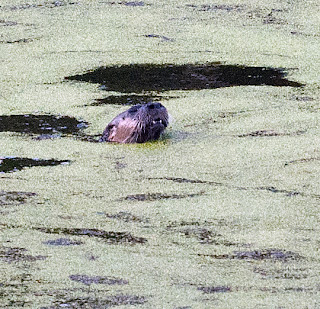 The next sequence is of another aquatic, the Otter. Isn't that some smile? There were three in the group. One stayed closer to me, while the two below frolicked further away. 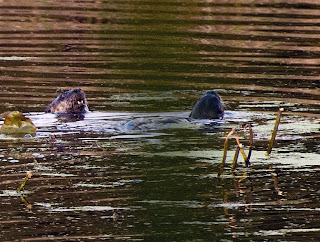 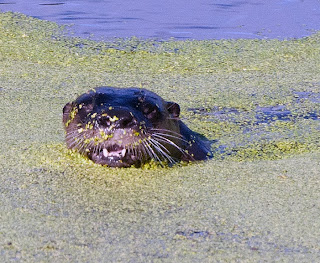 His eyes are not showing in this shot as he has just surfaced and the membrane is still covering them. The beaver has the same sort of membrane for eye protection underwater.