Black-Capped Chickadees of the Vermilon River. A Post to Camera Critters 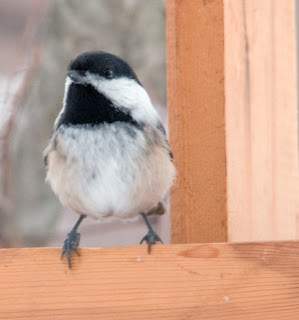 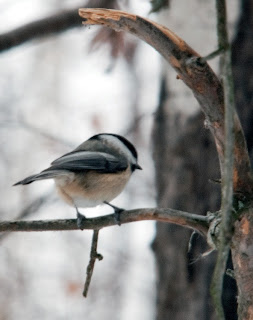 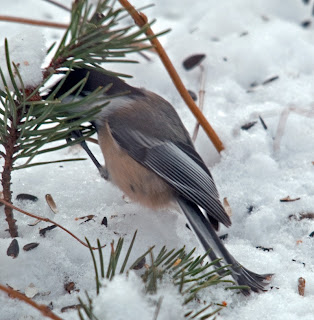 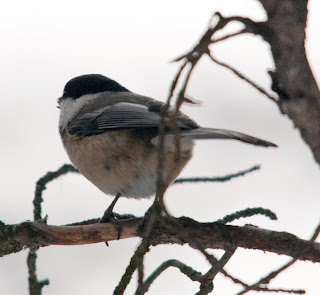 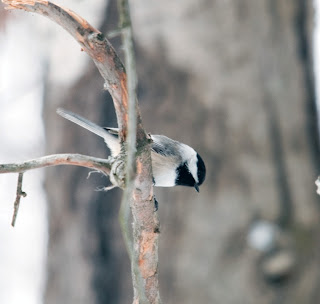 These photos were taken along the abandoned RR track on the east side of the river, where someone had built about 5 or 6 rough feeders in a sheltered, secluded area. I just sat down in the snow and took some photos including those of the nuthatches which I posted earlier. The birds were out in swarms which was wonderful.

Now some facts about chickadees which absolutely amaze me:
1) Chickadees can remember for at least 28 days where they hide their food.
2) They drop their temperature at night by 10-12 degrees C. below daytime temperature to conserve energy.
3) They feed their young 6-14 times per hour.
4) They have an established hierarchy based on aggressiveness.
5)They have 15 different calls to communicate with their flock.

Who ever made up the word birdbrained ? I know people who can't do any of the above including look after their kids.

The data is from Who's Who in The Hinterland.

A Post to Camera Critters.
Posted by Unknown at 1:19 PM