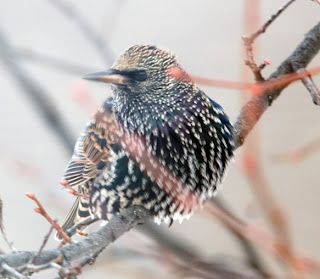 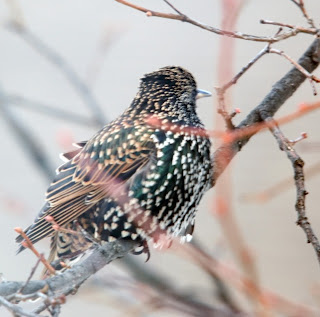 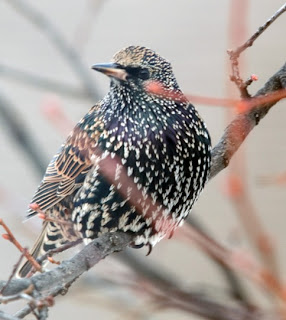 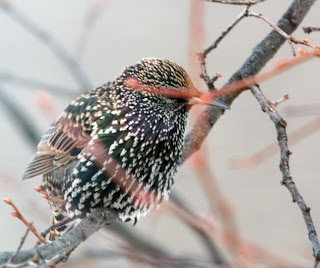 Not so much about the Starling as the photos are about the background. Sure there's blurring from the blow-up effect, but the gray sky is so lacking in colour that it has made the photo look like a Japanese print. I had remarked on this effect the other day on Bob Bushell's site, "Birds and Nature In the Forest of Dean", ( just click on blogs I follow in the sidebar), and said I really liked it. As a matter of fact he had Waxwings in his photos, although they were in a tree with red berries. Take a look at                      .

Now the terrible gray skies have given me the same effect and I like it just as well. The effect is why it's on Skywatch.

The Starling is not a particularly rare bird; in fact, just the opposite. Introduced into Central Park in the 1890's from Europe, it adapted and spread over N. America. But here he looks pretty good.
Posted by Unknown at 2:43 PM