Back In The Tundra at The Vermilon River. A Post To MWT and WBW. 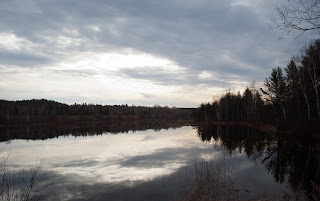 This hike is really a three day hike in the Tundra, which I showed you in a previous post. The Tundra runs off the south wetland of the east track, where the water narrows in the opposite photo. The black flies and mosquitoes are out now, and its warm so Boom is not with me. CLICK ON PHOTOS TO WATCH SLIDE SHOW AND ENLARGE. 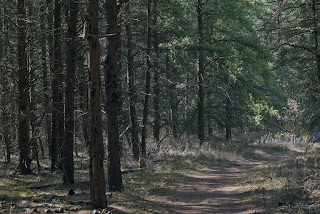 We're coming in from the south, as the trail is impassable in the north because of snow mobile  and ATV damage. We'll pass through a black spruce stand so the woods are thick and dark. As well its impossible to move off the trail. 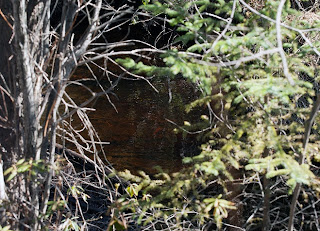 The Tundra has its own stream which flows south. So it will be on our right going in, and the trees on our left.  Vice versa going out. Its all heavy under brush as the opposite photo shows. The water in the stream is black, stained that way by the bog earth. If its wet you'll sink. This photo shows the thick underbrush in the woods, so there's no going in there. The lighting is bad , so I'll use the 70-300 mm lens and hope for the best as far as distance is concerned.. 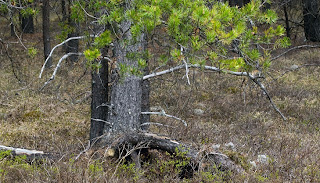 You also have to watch for tree fall, as the black spruce trees have a small root ball, which you can see here, and fall with the wind or snow. Similarly the aspen and birch die in place. You don't want a rotten trunk coming down on you. 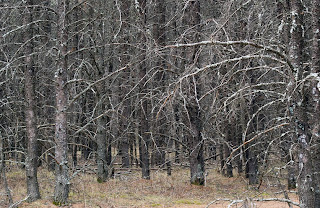 The trees are so thick that the lower boughs die off. The area is a  paradise for wildlife with water food, and shelter. 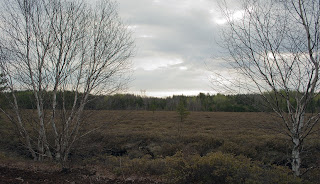 Now we're in the tundra. You can see the extent of it. 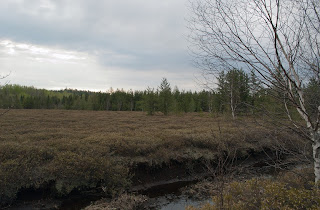 This shot shows the stream flowing through the bog. 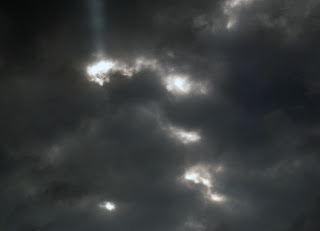 The weather was a bit iffy on the third day so I left earlier that I intended to. 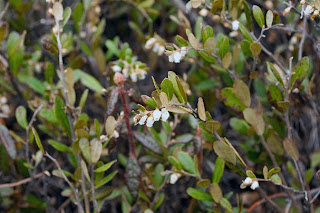 All the brush on the Tundra is in flower. The brush has received any sunshine that was available; the soil is rich, and the land is wet. The brush as far as the eye can see is wild blueberries. Wild blueberries are small but the best tasting you'll ever get. 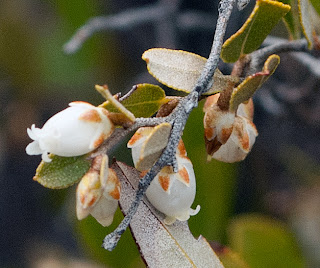 Most of these berries will be harvested by the bears and other wildlife. Blueberries are sources of omega 3. Think how healthy the bears are. 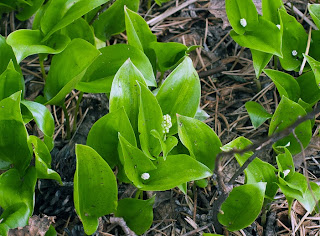 The whole area is greening. These are Wild Lilly Of The Valley just starting to flower. 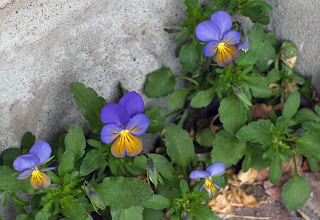 We call these little guys "Johnny Jump Ups". They're small but are they ever hardy. 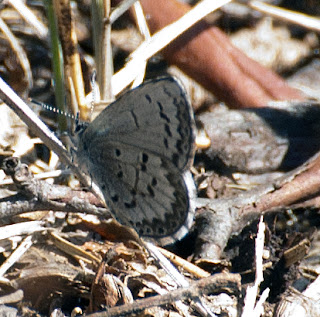 We're starting to see more butterflies. These are summer Azures. 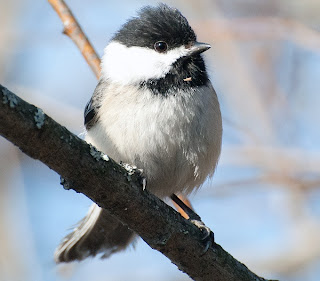 I tried to put the birds together in families as there are some new sightings, and some I did not include as I don't know what they are yet. 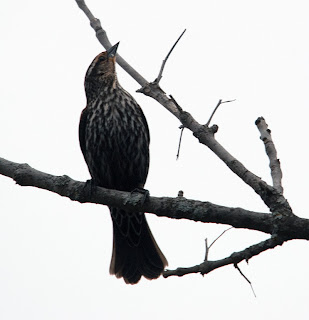 All the male's posturing finally paid off, as here is his mate, the Female Red-winged Blackbird. 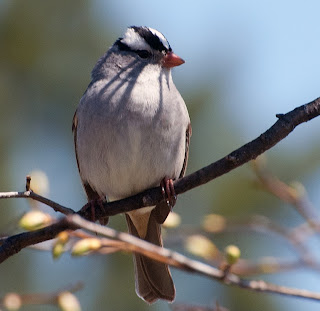 My sparrows got a little out of order as this White-crowned should be with the Chipping sparrow. I still have not seen any Swamp or Savannah's yet. 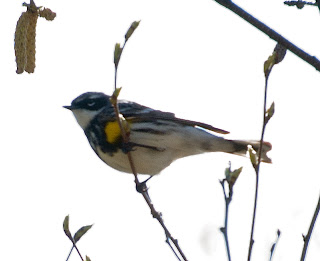 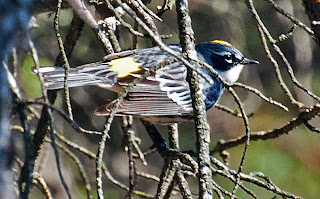 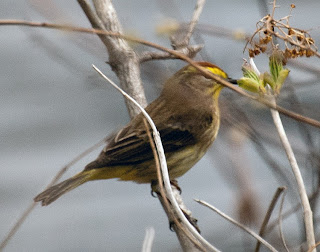 These beauties are Palm Warblers. 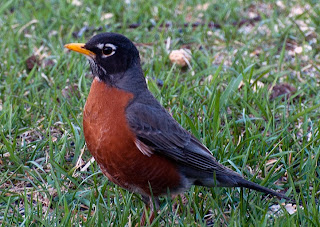 Not just a Robin, but a Thrush to lead off the parade. In a previous post I showed some shots of a Swainson's Thrush.Here I'm adding the Hermit Thrush. 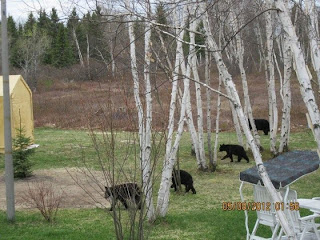 This shot is courtesy of Henri and Rejeanne Pomerleau who live just south of me. They posted it on The Weather Network. Its a mom and her cubs looking for food after their hibernation. They still have to wait for the berries to ripen, but it won't be long if the Tundra is any standard.