A New Beaver Pond Of The Vermilon River. A Post to SWF

This hike is a departure in that I am much further afield. I made arrangements with a young lady to drop me off up the Vermilon to the north west. I hike the area;start on my way back; and she picks me up at an appointed time somewhere on the way back. I've hiked this area before my accident, but not since ,so this is exciting stuff. CLICK ON IMAGES FOR THE SLIDE SHOW AND TO ENLARGE. 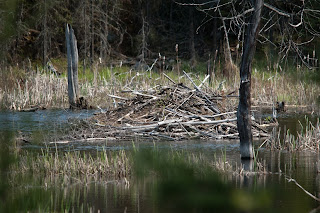 This is a  beaver pond that runs parallel to the River and is quite extensive. Opposite is at least one of the lodges, there are probably others. The trails are mining and maintenance roads, as well as snow mobile trails. As a result I can't always get into areas where I want to go. 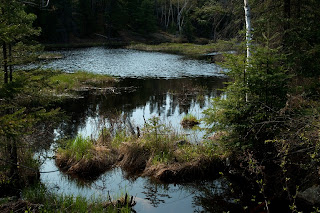 The scenes are shot in the mid pond area looking north and south. 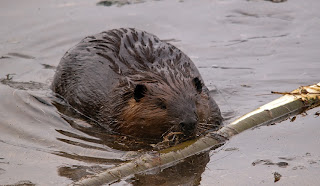 What would a beaver pond be without a  beaver? 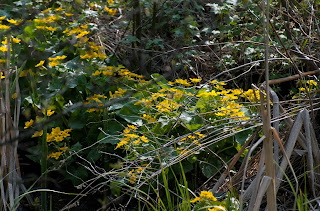 In the first photo you may have noticed the yellow flowers. They're Marsh Marigolds in all their yellow splendor. They're growing in the over flow of the beaver dam. 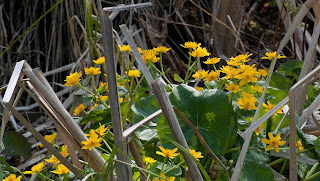 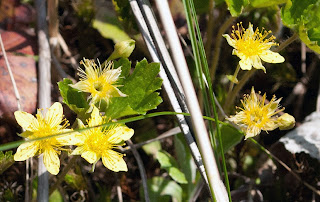 These are Barren Strawberries. If the flowers were white, they would be wild strawberries. I know where some of those are and they're delicious. 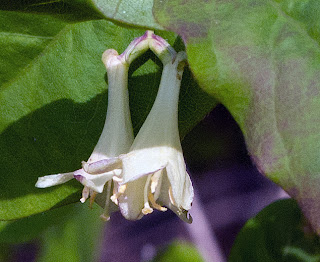 These are Fly Honeysuckle and were growing along a short trail in the mid portion of the beaver pond. 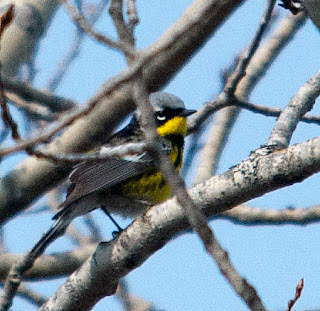 The photo opportunities are good but the shooting environment is hard,as the leaves are filling in on the trees. As well the trails don't necessarily run into areas where you want to go, but its a wilderness forest after all. I was really lucky to capture these Magnolia Warblers. They're new to me. 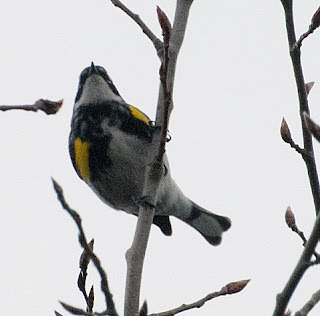 I put these yellow-rumped Warblers in the post to show the similarity to the Magnolia Warblers. 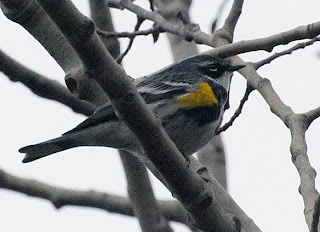 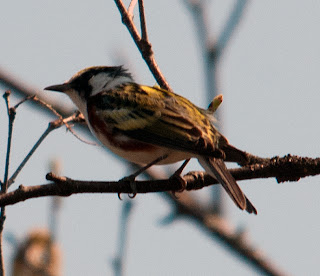 Then I was lucky enough to catch these Chestnut-sided Warblers. 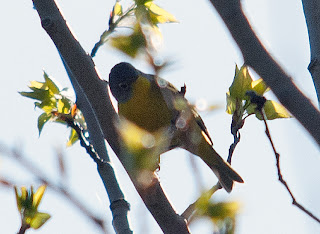 These shots are of  Nashville Warblers. 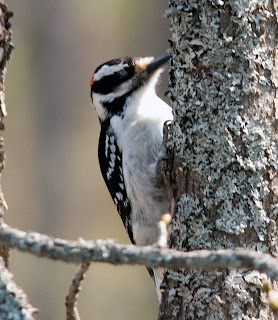 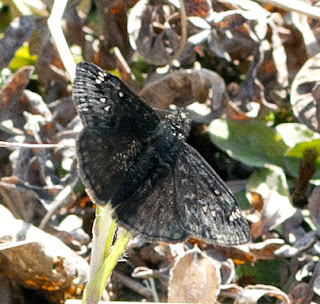 The Butterflies were out. I'm not sure of this one, but he's a Skipper, possibly a Dun Skipper. I'm going to continue to try to hike this area once a week over the summer period. A post to SWF ,Camera Critters, and Scenic Sunday Just a note, the day was bright and sunny, so all the wildlife including the butterflies, but excluding the Nashville Warblers were taken with the 150-500mm lens. The 70-300mm would not have had the reach. The scenery was taken with the Nikon 18-55mm.