Black Foxes, Osprey and Other Flora and Fauna of The Vermilon River. A Post to SWF 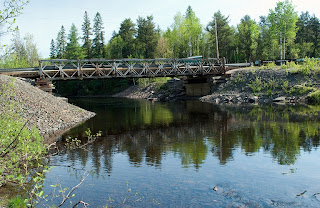 The hike today is up the Vermilon River to the NW. Again, my driver dropped me off, and I hike back as far as I can get,while exploring any interesting trails. Some of the photos were taken the previous day on the west side of the River. Stewart is always asking how long the hikes are and how many photos I shoot.  So today we clocked some distances. She dropped me off about 20 km from where I live. I probably hiked about 3 or 4 km back. Not too shabby for an old guy. That includes ventures on to new trails, most of which I abandoned because of a lack of time. She picks me up at 8:30 in the morning, and brings me back about 12:30. Between the day before and this hike I shot about 400 photos of which 10 percent are useless. 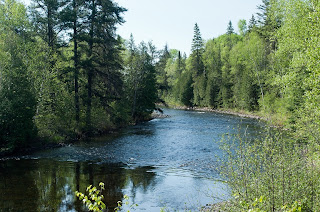 I usually start in around this old bailey bridge which is  one lane. The  scene opposite looks south. Of the  keeper photos you'll only see maybe 40. Not that the others are useless, but in the meantime I will have hiked somewhere else, and have lots of new pictures CLICK ON THE PHOTOS TO ENLARGE AND WATCH THE SLIDE SHOW. 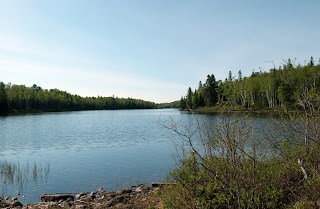 I followed a trail to get this shot and wished I hadn't as the trail was uneven, and I needed to raise my mosquito netting to see the trail clearly to avoid any misstep. Today I'm swollen from the bloodletting. 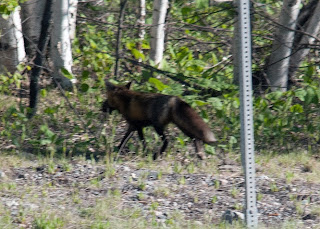 No sooner had I got under way when I saw this guy. I've heard people mention black foxes but was skeptical. If you notice his mouth, he has something in it. 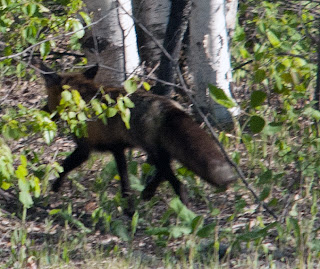 He crossed into the brush, and I caught his tail end. 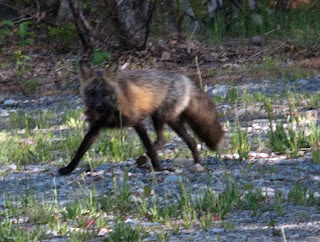 And then a front on shot. His face and mask is black, but he shows some races of red. According to the Ontario Trappers News letters, Red Foxes come in silver and black in the north. We're not talking artic foxes here. But what you're seeing is a  rare occurrence . 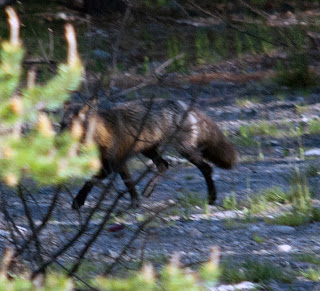 He's quite large and that tail is really full. Not a bad start to the day. 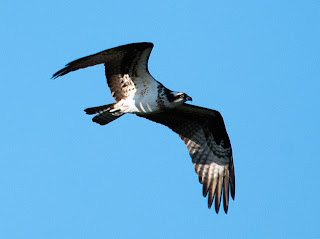 I don't see may hawks, which I think is because of the ravens and the difficulty of photographing them in heavy forest. I caught this guy hunting near the big wetland on the west side of the river. He's an Adult Osprey. 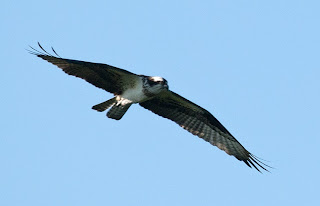 He's really large. The Cedar Waxwings, shown below, are back. We have both the bohemian and the Cedar, but the yellow tail flash indicates this is a Cedar Waxwing. 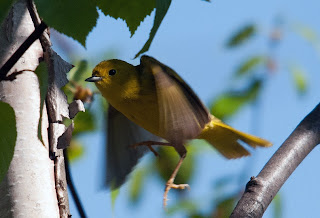 This little guy is a Yellow Warbler in flight. They're hard to catch as they're small and really flighty. 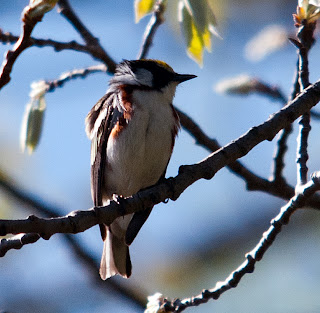 The next series are Chestnut-sided Warblers. 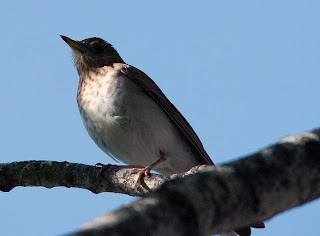 I was lucky to catch another Swainson's Thrush. They sing beautifully. I put the Robin in because he's a thrush also. 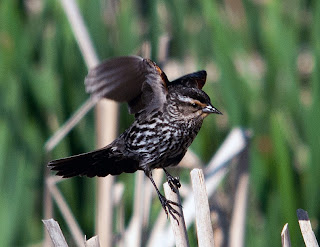 The next are Red-winged Blackbirds, starting with the female. 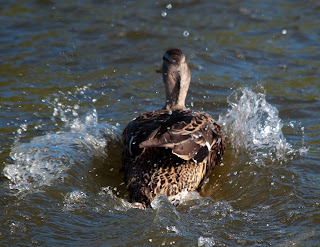 This female Mallard broke from the cat tails scaring me, but she was protecting her young. 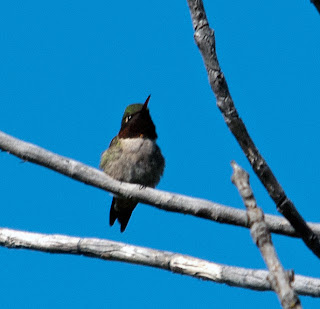 This is Ruby-throated Hummingbird perched in a tree. They feed in the forest also. 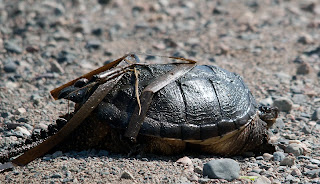 I did this Snapping turtle a bit of a disservice, in that she's a female and is out of the wetland to lay her eggs. They're an endangered species here in Ontario and Canada. At one time they ranged from Ecuador to here, but increasing urbanization has threatened their existence. 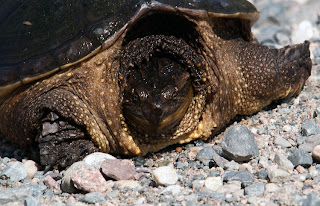 So be patient with these guys if they're crossing the road. She's just a mom doing her thing. She's about a foot in length and will be well over 20 years old. 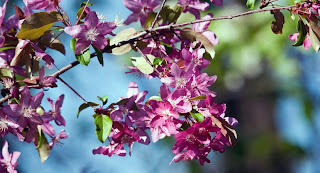 This is a crab apple tree growing wild in the forest. 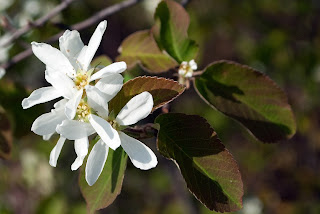 These are wild Pin Cherry blooms, easily told apart from the Choke Cherry which have that unique bottle brush shape. A post to SWF.                                     I think I also need to add re the number of photos. The blog is just not a bird site. It celebrates a whole ecosystem, an area in which Boom & I are privileged to live. So there are numerous opportunities for photos.
Posted by Unknown at 7:57 AM