The Many Faces of the Vermilon River. A Post to MWT and WBW. 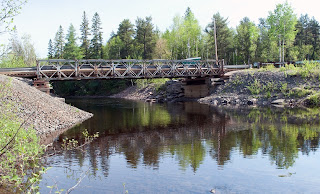 The River is the centre of the natural system. It feeds the flora, fauna and thus creates the circle of life. So in the circle, it is the basic force, but equally so it wears many faces. In the first scenes it appears bucolic and benigh.

CLICK THE PHOTOS TO ENLARGE AND SEE THE SLIDE SHOW. 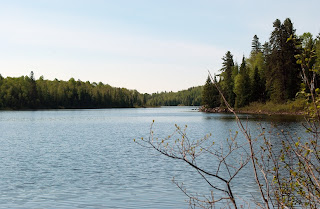 But it rages in its flood season, freezes in the widest areas in the winter and never really warms up, despite the summer warming temperatures. It is, in that sense, a typical northern river 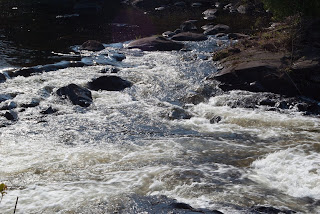 The rapids now only hint at their power as the water level is low. I try to stay as close to the River and its wetlands as I can because that's where the wildlife is. 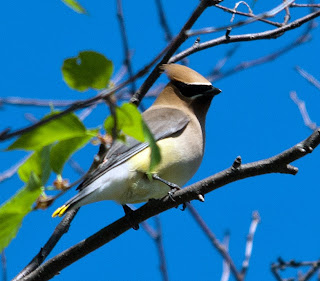 The Cedar Waxwings are back and moving close to the water because that's where the berries will ripen first. 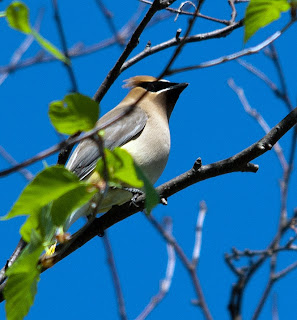 They're not only handsome but playful as well. 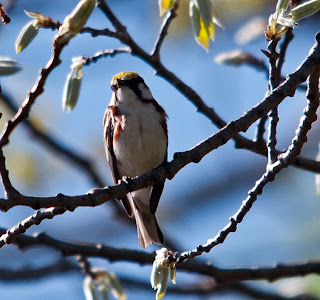 All of the warblers are not here yet, as I have not seen the Oven Birds. I'm also hoping for some new sightings. The Magnolia Warblers shown in an  earlier post were new to me this year. The first series shown are Chestnut-sided Warblers. 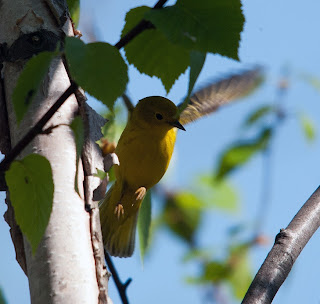 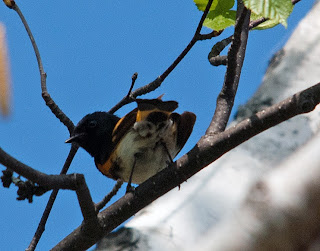 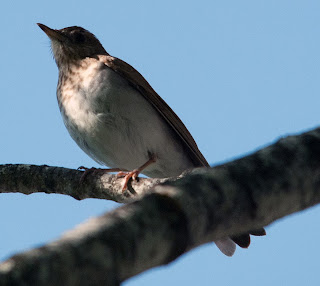 These are more shots of the Swainson's Thrush. 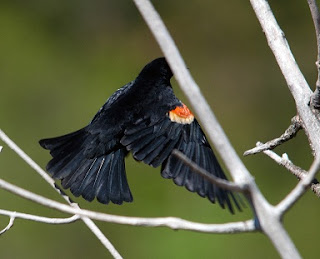 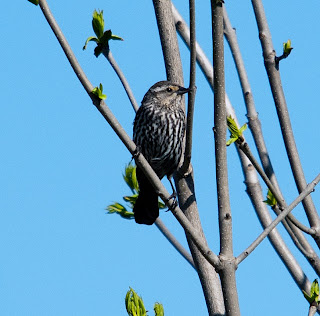 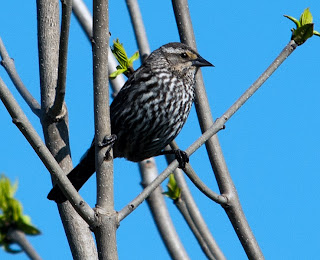 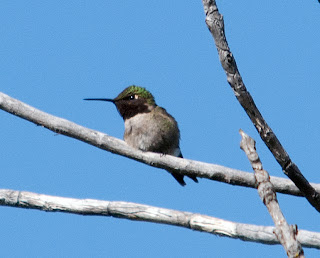 I think that we see mostly photos of Hummingbirds that are taken at feeders. This has warped our perspective, as they're wild and feed in the forest also. Equally so we're not used to seeing them perching in trees. 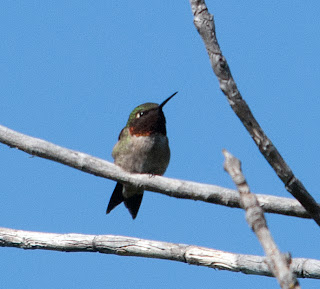 This a Ruby-throated male. They tend to look somewhat different in this pose. 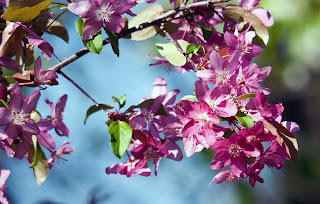 This is a Crab Apple tree that is growing in the forest. Someone probably threw it away and it has managed to root, and thrive. 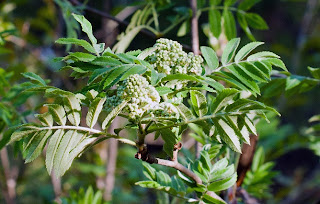 This is a mountain Ash tree It will also produce edible berries.