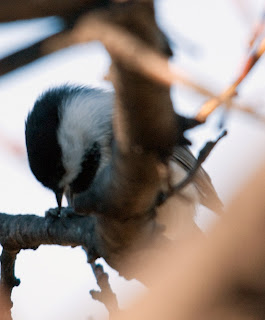 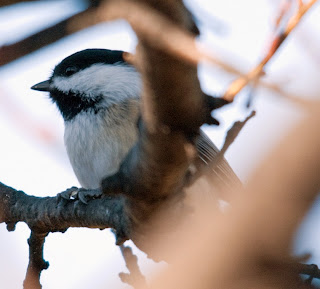 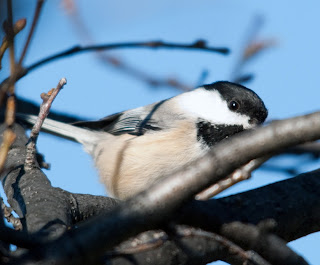 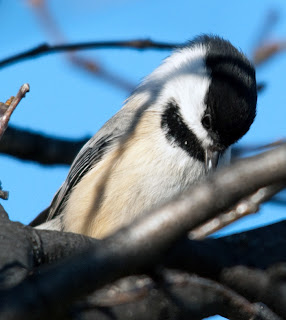 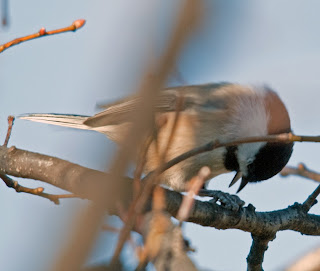 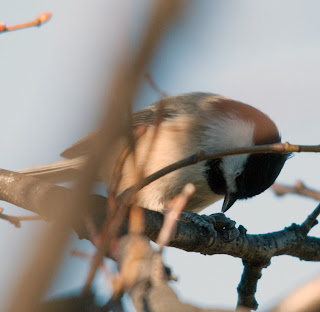 Probably the most ubiquitous bird of our forest, these little fellows remain favourites of both Boom and I. I've written about the chickadee before, but I found some new information to pass onto you, some of which is very disturbing.

The Chickadee moves in flocks which are composed of other birds such as hatches or warblers, because the Chickadees vocalizations are highly developed, and food calls make it easy to find food for the other birds, as well as allowing them to remain alert to predators.This is likely an adaption that has occurred from their habitat which is dense forest where sight is limited. Chickadees have a social hierarchy based on aggressiveness. So be careful around them because you don't know where the the big tough one is.

They reduce their body temperatures at night by 10-12 degrees to conserve energy.

The States of Washington, and Massachusetts, and the Province of New Brunswick have chosen the Chickadee as their state bird.

Now the CONCERN: An "agent" is causing substantial misshapen beaks in these little fellows as well as other birds in Alaska, Washington and the pacific north west.The list of other birds is substantial and I have this terrible feeling we, meaning humans, have messed up again, especially in view of  the ecological record of this area.You can see the problem and the other birds and report any problems you have seen at:

And go to the bottom of the page and click on the Alaskan state site as given.