Part 1 Ravens of the Vermilon River. A Post to Camera-critters 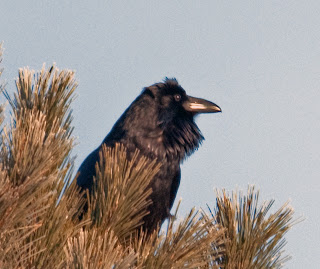 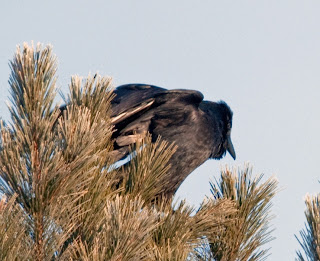 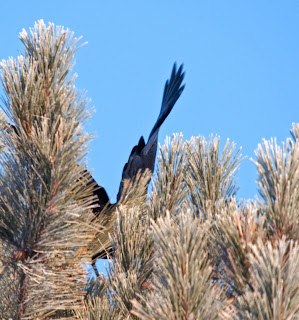 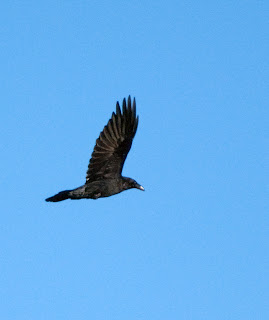 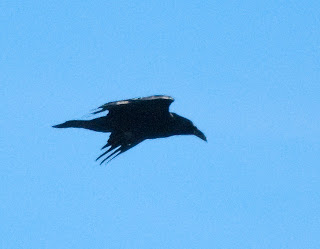 A long time favourite of mine, the raven is a really handsome bird with a negative reputation as a harbinger of evil or death. So, in this first post I'm going to set the the story straight about his sterling and,of course,real mythological reputation.First to his name; he's known as the Common Raven. Wrong there is nothing common about this fellow. So let's use his second and correct name, the Northern Raven.

He is a member of the Corvid family which includes blue jays and crows. He can grow as large as 25 inches and 2.6 lbs, so he is no light weight. He is really well adapted to my area as he consumes carrion, berries, grains, small animals and food waste, and we have it all. One of the original birds of North American he crossed the Bering land bridge to settle here. The California Raven looks the same, but has different DNA. In fact, the California clade diverged from the Northern Raven two million years ago. Isn't that interesting?

He plays a part in North Western aboriginal legend as a creator god, although a trickster. He is featured in Norse legend as Hugin and Munin sitting on the shoulder of Odin as counsel. Raven Banners were carried by the Norse Jarls of Orkney, and Canute, king of England,Norway and Denmark. In Irish legend, the goddess Morrigen in raven form alighted on Cu Chulainn's shoulder after his death. And in Wales the raven is associated with Bran the Blessed. Bran's head was buried in the White Hill of London as a talisman against invasion. And what would Merlin be without his Raven familiars?

I'll put some perhaps more real facts in the second post. All information is from http://enwikipedia.org/wiki/Norther_Raven

Special Note: The British Government is considering privatizing, I guess is the proper word , some very old and famous forests of England such as The forest of Dean, Sherwood forest etc. There is a movement of course to stop this in the form of a petition. Non-citizens may sign this petition. At least take a look @ http://woodlandtrust.org.uk/protect  I personally consider forests an international asset as they trap carbon emmissions. Also sale of these ancient and historical forests will almost ensure their destruction and eclipse any reforestration programs.

A post to Camera-Critters for more critters go to: http://camera-critters.blogspot.com/
Posted by Unknown at 6:02 AM

Email ThisBlogThis!Share to TwitterShare to FacebookShare to Pinterest
Labels: Ravens