Frosty Days On the Vermilon River. A Post to MWT.

The weather has warmed right up to around -5C, bringing with it it's own strange happenings. I got to the River in the milder weather, but you can see how overcast it is.

While the preceding photo looks northwest, this photo is the far bank. The white forefront in both cases is the River. But don't be fooled in the wide areas of the River, there is an ice skim, but the River never really freezes. 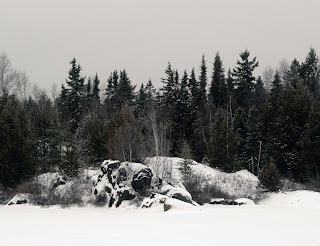 The far bank up closer. Adjusting for white balance is really hard, as the greatest brightness is the snow. These photos are almost sepia in tone. 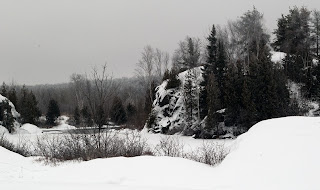 The River looking south. In all the shots the ridge is blanked with a cold fog. 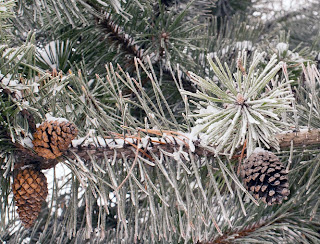 And it's creating a frost on the trees. This shot was taken yesterday. 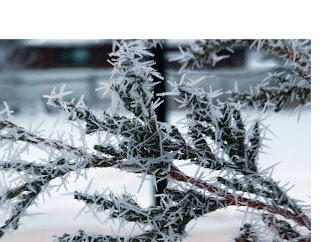 The frost was even heavier last night as this shot of frost on a juniper shows. 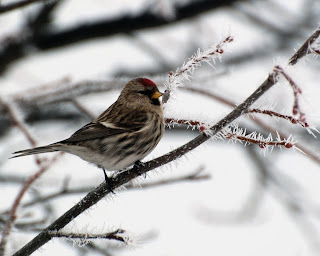 The birds, in this case, a Redpoll, look even more spectacular in the frost, and it just shows how hardy these little birds are. 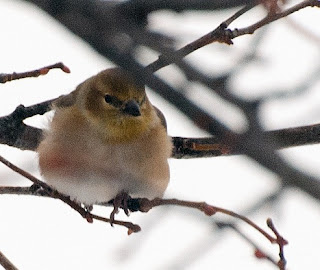 This Goldfinch is all puffed up against the cold. 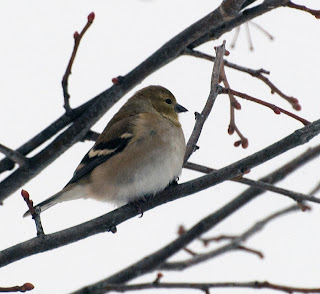 The Goldfinch flock together with the Redpolls, driven by the quest for food. 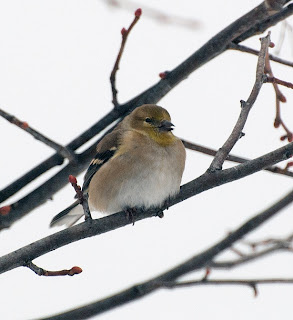 Although they're in their non-breeding winter colours they're still bright against the snow and the grey skies. 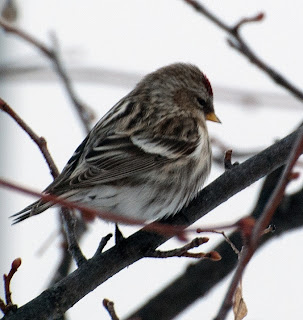 I started shooting the Redpolls on the far side of the River, But now I have my very own flock. Last year, they moved out of the Boreal to seek food moving even into the U.S. I don't think this is an irruption year, but I think, they're moving into the area as winter dwellers because of the food supply. 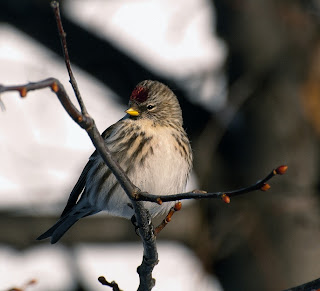 The Redpolls, the Chickadees and the Goldfinch, I think are pound for pound the most hardy birds in the forest. Although, someone yesterday told me the Eagles who have settled into the local landfill sight have not migrated either, and NWO Birds are reporting Eagles up around Lake Superior. 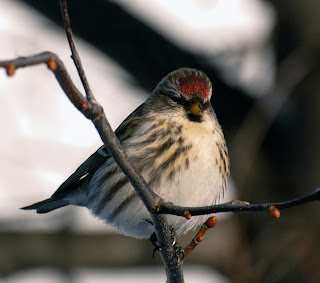 It could be global warming and the re-generating of this forest. 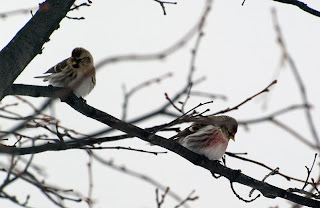 Redpolls are both easy and difficult to photograph as they're flighty and the whole flock moves when one does. On the other hand the flock is large, about fifty birds, so it's easy to get lucky. This is a male and female, the male having the red breast. It's amazing how vividly red the head patch and the breast feathers are. 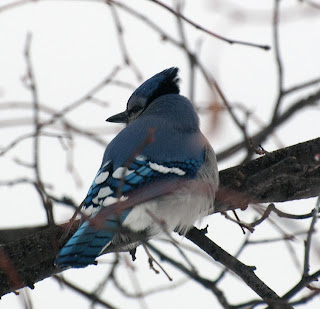 The Redpolls are not even bothered by the Jays who are quite aggressive when it comes to food. 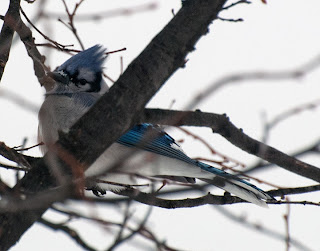 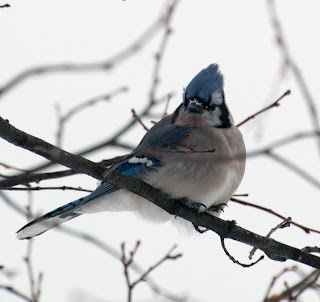 The Jays are all puffed up against the wind. 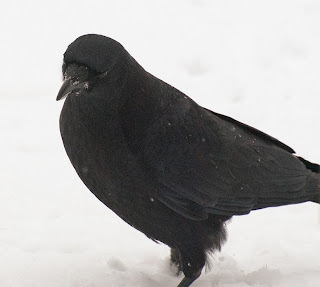 This is of course Huegy in making sure he gets his share. 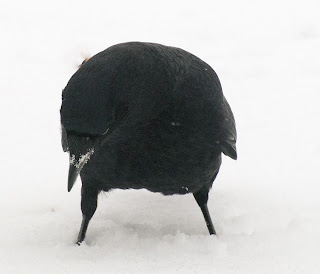 The sight of the Crows foraging in the snow is quite humorous as they sink a little too deep every so often, despite the fact that they're good walkers. 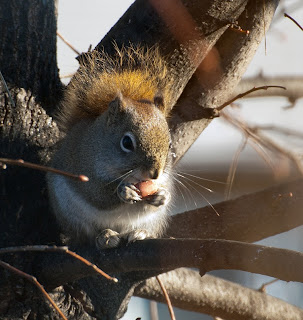 This is the one photo showing any sun, because it was shot earlier. A Post to MWT @ http://ourworldtuesdaymeme.blogspot.com/ and Scenic Sunday @ http://scenicsunday.blogspot.com/  Happy New Year Everyone!!
Posted by Unknown at 7:31 AM