Another Dose of Whimsy from The Vermilon River. A Post to SWF. 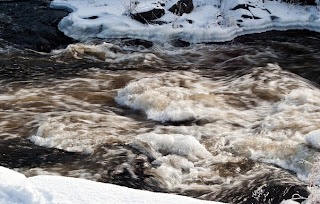 I'm writing this on Wednesday morning. We have totally run the weather gamut from 0 degrees C to -22 C, about 5 below F. We started with a wet snow and continued to a heavy cold snow with high winds forming drifts. I'm not even concerned with the wind chill temperature. It's just damn cold, although it is sunny today. I did check the temperature with the windchill,it's -28C or 12 below zero F. 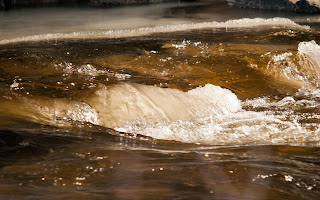 Even Boomer was cold this morning, as I had to stop and take the snow out of his paws. He was quite content to come home, and curl up in his spot. 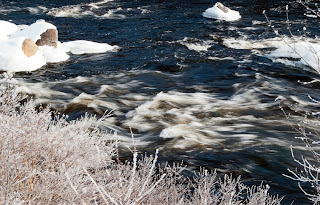 The initial photos all show the cold. The second one shows the actual colour of the water, which is stained copper from the minerals in the rock. One person said it looked like whiskey, which is certainly an intriguing thought. 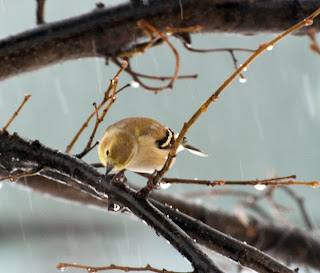 This shot of a Goldfinch shows the frozen ice and the wet snow falling early in the day. 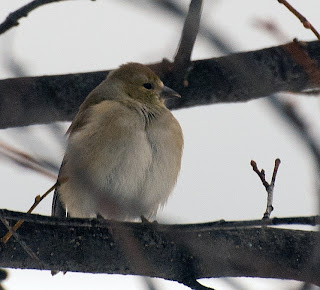 This one was taken later in the day and he's all puffed up against the cold and the wind. 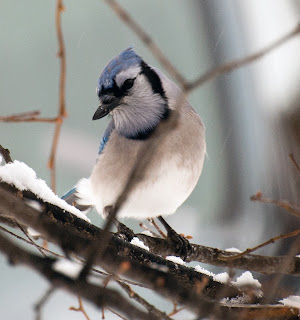 The Blue Jay of course will eat his way to warmth. 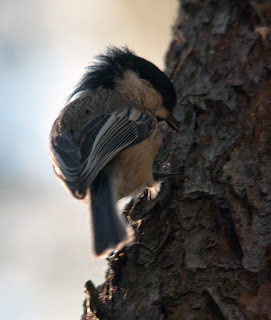 The Chickadee is doing the same thing despite the wind, which is ruffling his feathers. 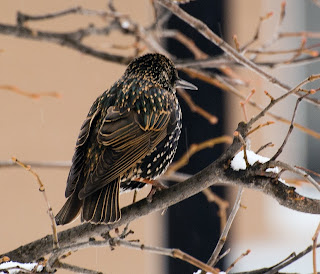 The Starling is another tough customer that fares well in the winter. 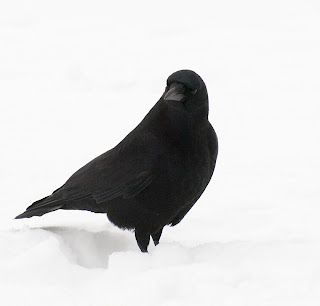 The Northern Crows forage all day, despite the weather. 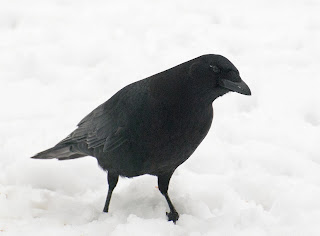 This is Huegy up close. 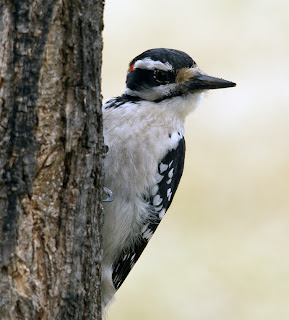 You can just see the red patch on the back of his head. He's A Hairy Woodpecker. 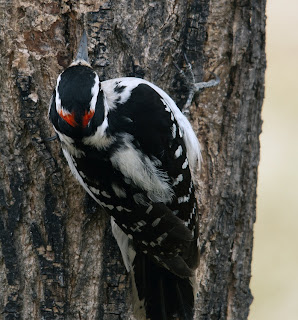 And a rear view to show the detail in his feathers. 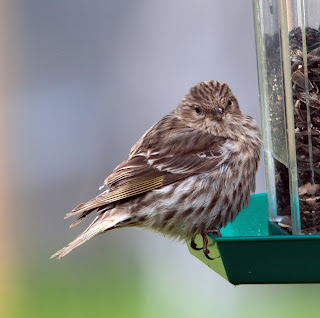 This little one is a female Pine Sisken all blown up against the wind and cold. 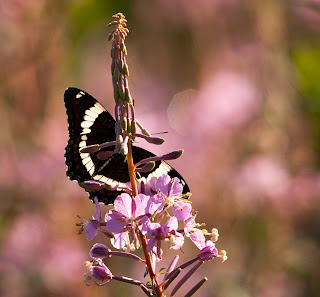 And here comes the whimsy with a quick reversal of the cold. This Black Swallow Tail is on a fireweed plant. 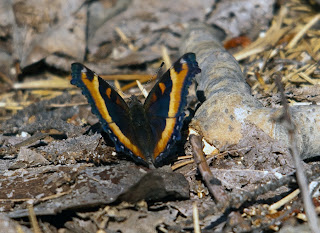 A vivid view of a Milbert's Tortoiseshell. 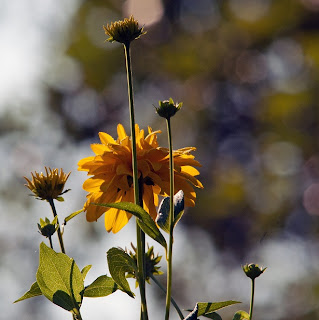 I'm not certain what these are, but they were on a forest trail, and look quite warm with the sun back lighting them. 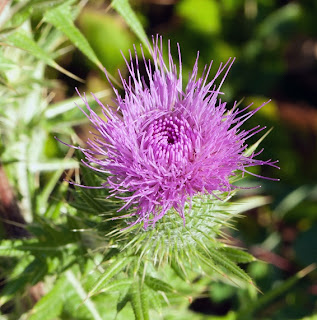 A thistle flower of course, and the electric pink makes it warmer. 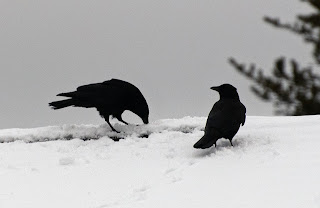 Another Crow shot that I neglected to include in the preceding sequence, so it's back to winter at the Vermilon River. 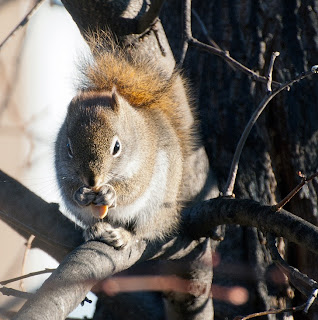 And of course another squirrel shot. A Post to SWF @ http://skyley.blogspot.com/   HAPPY NEW YEAR EVERYONE!!