Bird, Insect, and Animal Favourites of the Vermilon River. A Post To WBW. 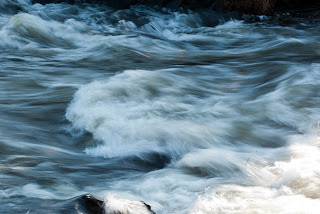 I forgot to mention white water scenes in the title which are also a favourite of mine. The River is in flood again because of the rain and the snow. The snow by the way keeps disappearing with warming temperatures. But this means great opportunities to try new camera tricks, the old slow shutter speed trick in this case. 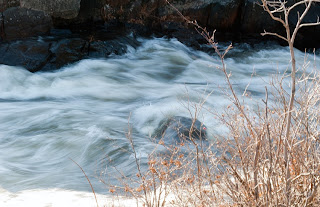 I have, but never take the tripod with me. Just too much to carry. There's really only one area in which the tripod would be useful and that's in one of the wetlands where the ground is fairly even. Otherwise setting up the tripod on the uneven ground would be impossible. So all these shots are hand held. 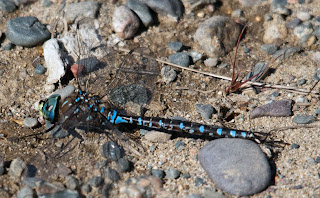 I'm constantly amazed by the colour of the dragonflies here. 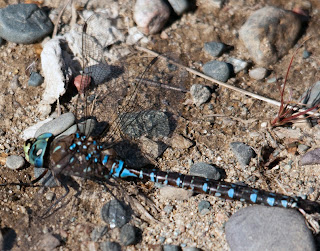 The year before there was a dragonfly census taken just east of here. 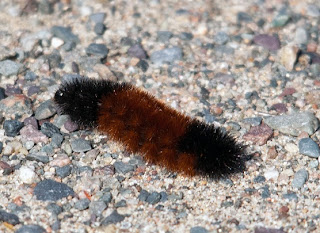 These are Tiger Moth caterpillars that I encountered crossing the trail on the east side of the River. 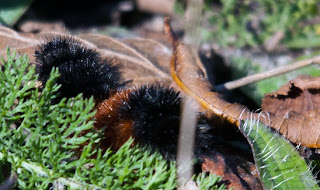 The trail is wide in this area and this little guy made it. I guess it just proves that every impediment is relative. 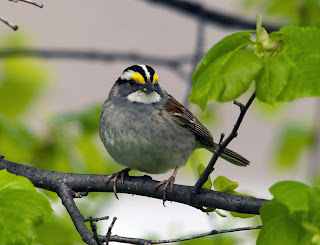 White-throats are common here, but I never tire of how nature dresses up the various sparrows. 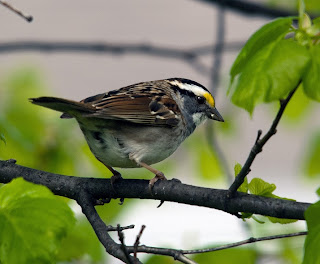 Another view showing how vivid the yellow, black and white markings are. 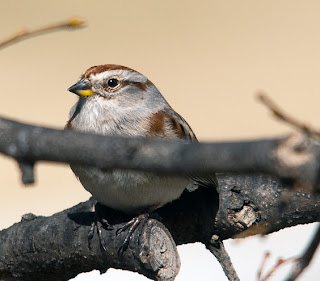 Perhaps not as colourful, the tree sparrow is still a handsome bird. 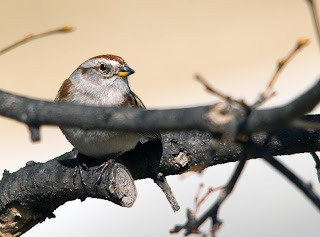 I did a post earlier on all the sparrow variations which are resident here. Just click on the index in the side bar if you want to find it. 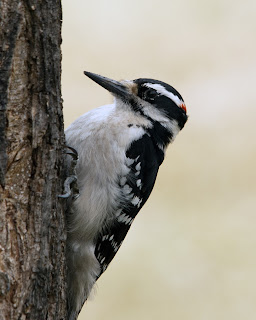 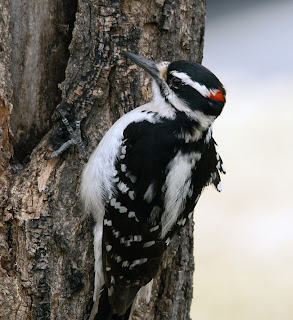 The Hairy is probably the most common woodpecker in the area. 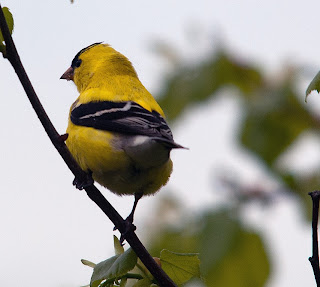 Although the Goldfinch overwinter here, the male has now changed to his winter colour, more like the female. 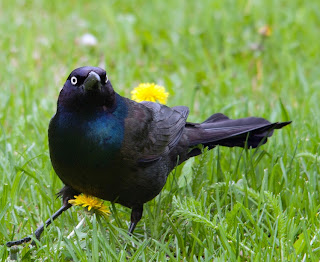 The eyes of the Common Grackle are always riveting. 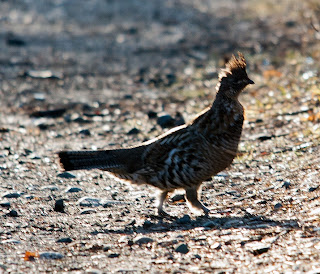 I've seen quite a few Female Ruffled Grouse this year, but no males. Nor, have I seen any Spruce Grouse, male or female. 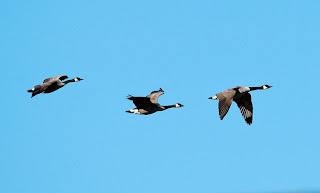 I caught these Geese in flight on the West side of the River. 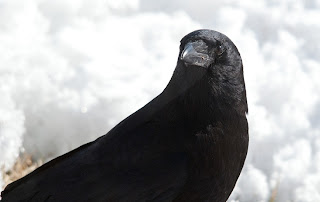 Huegy, a Northern Crow looks good in the snow. 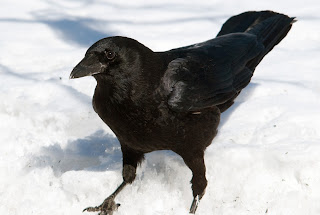 I think this is Huegy's mate, just based on her size. 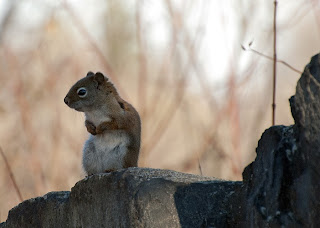 There are a lot of Red Squirrels this year, and they all suffer from a case of the "cutes". 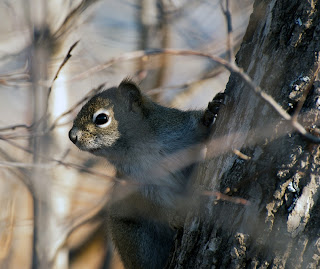 They generally settle down once you stop moving and will pose for you. 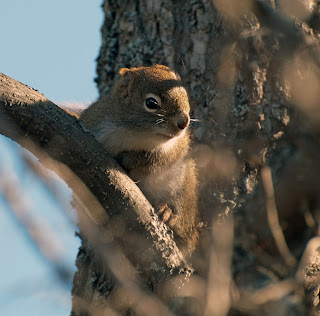 Or maybe they're just naturally nosey, and once you've stopped moving, they come out to see what you are. 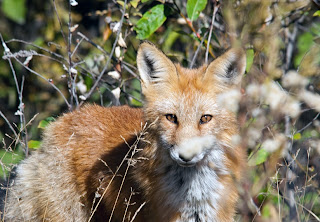 If any of the squirrels are missing from the preceding frames we all know who to blame. A Post to WBW @ http://pineriverreview.blogspot.com/ Just a note: I'm behind on my posts, and visits to other blogs. So let me appologize upfront. I'm behind because of things I have to do and some things that are fun to do. For instance today I attended a common birthday party for people born in December. I was amazed by the number of people in attendence.
Posted by Unknown at 7:10 AM