More Favourites ( Rapids, Geese, Redpolls, Gulls, Crows, and a hunting Red Fox) From the Vermilon River. A Post to SWF. 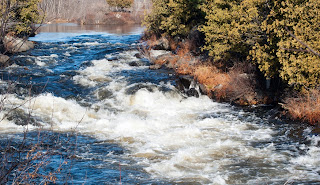 The weather has been on again and off again with one day bright and cold and another warmer and overcast. Plagued with things I have to do at this time of year, I compiled some of my favourite things into a post. 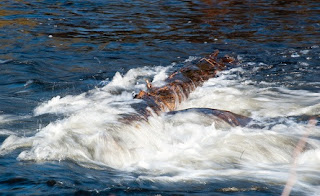 The River itself is at the center of those favourite things. It after all makes the hikes possible and nourishes the wildlife, which fill Boomer's and my day. 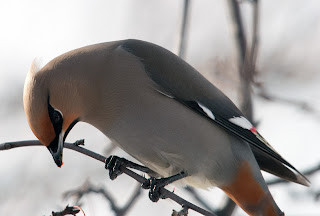 Whether it's overcast and grey or bright, and sunny the Bohemian Waxwings brighten up the day and provide all sorts of entertainment, although once they've cleaned off the berries they're on their way. 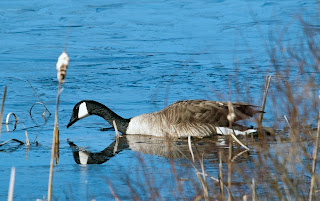 I took these photos of the Geese last spring. They're first arrivals, and are likely last year's young geese looking for mates. 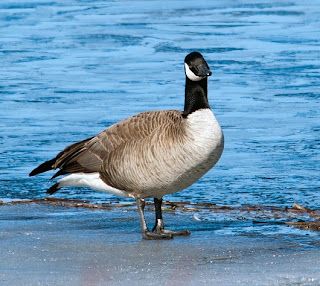 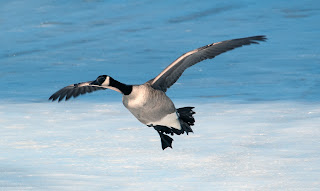 After all it's not easy landing on a frozen runway. 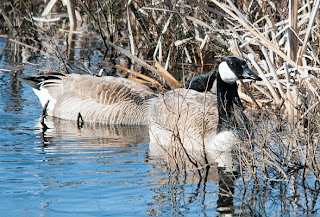 Nor is it easy foraging for food in open water stretches. The River never completely freezes, so there are always open stretches. 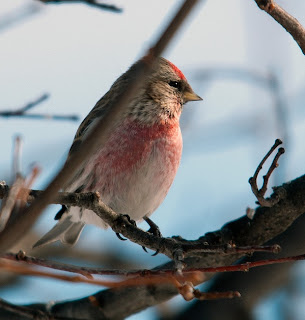 You'll see plenty of Redpolls as they're back,although not in the numbers that I saw last year. But it's early yet. 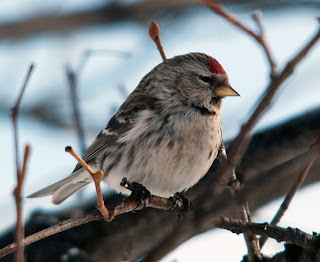 Above is a Male Redpoll and opposite a Female. 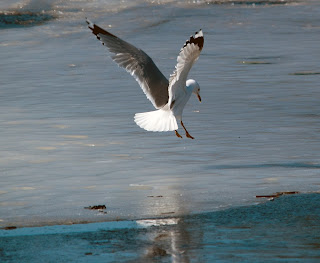 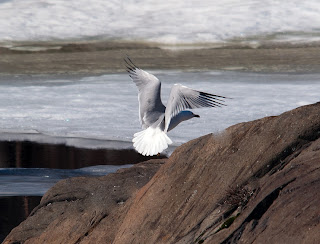 These Ring-billed Gulls are master fliers, and are here all winter. 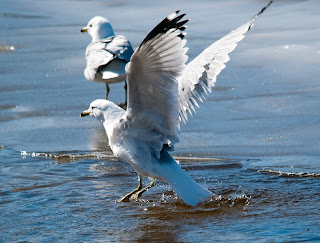 They're on all the open stretches of the River also. 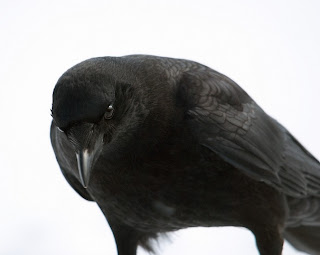 I've already mentioned that Huegy and his family follow Boomer and I home from our morning walk and actually precede us in the final piece. Ravens, Crows and Blue Jays are all of the same family, the Corvids. 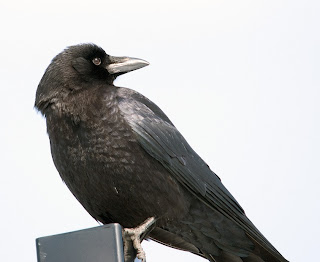 All three have a reputation for intelligence. This morning on CBC, public radio, I heard about a new study that says they actually use their beaks to indicate direction. Inuit elders interviewed pointed out that hunters always paid attention to the Ravens as they indicated where the caribou were. 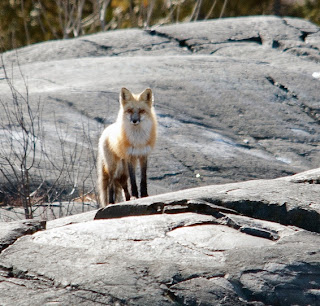 These are some further shots that I took but did not publish in my post "Life and Death on the Vermilon River" last spring. 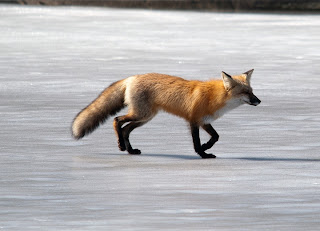 Boom and I had just stopped to rest, and the fox was virtually beside us. Boom on the command  stay, stays and he is not a barker, just a grunter. He spotted the fox first. So the fox shifted direction and crossed the ice. 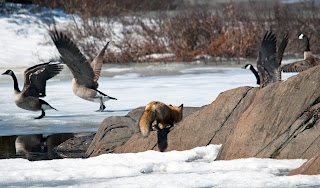 He was after the geese, although I think he was dreaming as they can account for themselves quite well. A post to SWF @ http://skyley.blogspot.com/ , Camera Critters @ http://cameracritters.blogspot.com/ and Scenic Sunday @ http://scenicsunday.blogspot.com/
Posted by Unknown at 7:45 AM