More Favourites At The Vermilon River. A Post to MWT. 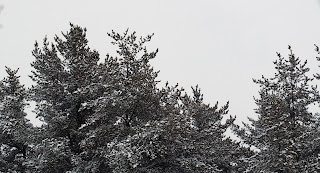 We had our white Christmas with a snowfall just in the nick of time. It was a heavy fall as you can see from the trees opposite. The temperature was warm which meant we got out a bit. 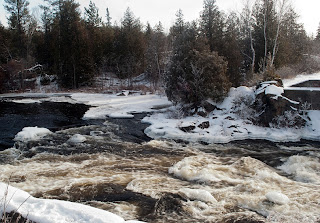 The snow really frames our land, and gives it depth in the photos, as well as that peculiar grey light. 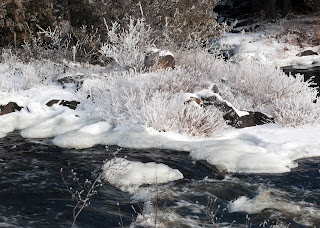 Boom & I had our usually quiet Christmas, spending some time outside, but also listening to the Christmas music on the CBC, public radio in Canada. The music ranged from the Messiah, broadcast from Montreal to the usual carols and to some sacred music. The sacred music included some Gospel music, which was terrific. The commentator pointed out that the difference between US and Canada is the Jazz and Caribbean influence in our Gospel 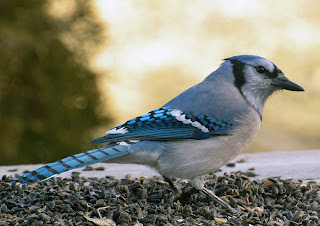 Some of these photos were taken before the snow and some after. I must admit I baited the birds. Look at the seed the Blue Jay is standing in. 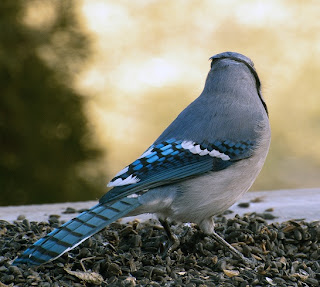 Even though there is a touch of light, his back feathers are still not shimmering. 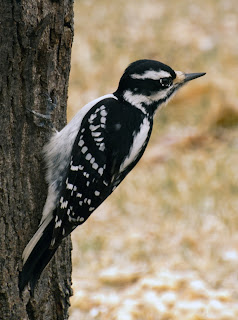 This female Hairy Woodpecker dropped by. 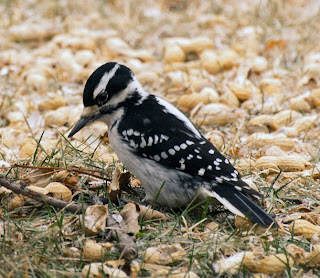 And stayed to check out the peanut shells. 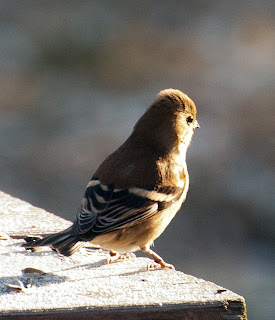 The light is a little strong in this shot but the Goldfinch looks so cocky. 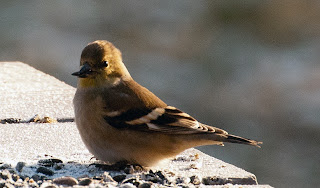 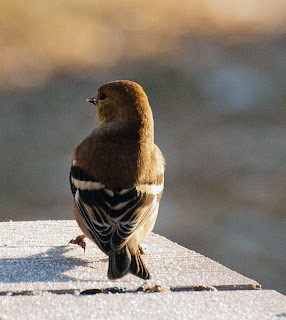 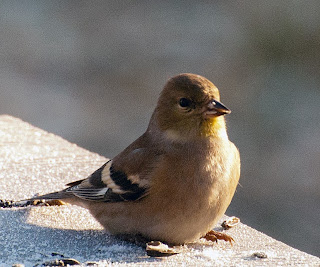 He's more posed in all these shots. 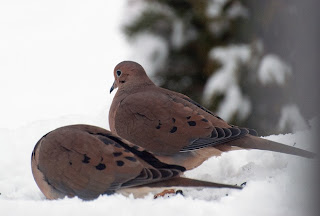 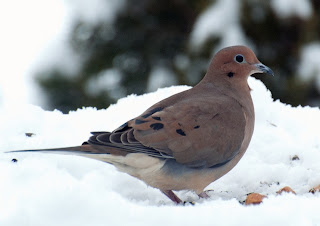 As I said earlier winter tends to frame these guys. 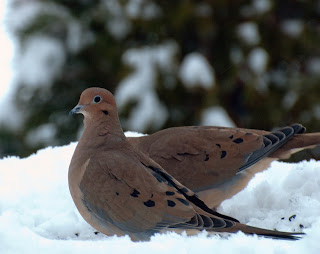 This is the same pair as before. 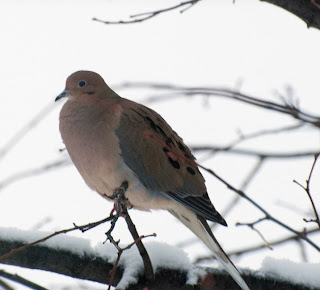 About five of them showed up, and some perched in the tree. 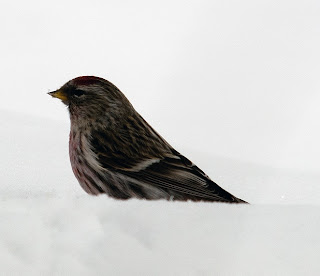 As well a single Redpoll showed up. This is a male. 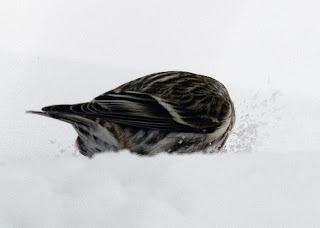 A commentator on the site remarked earlier that he just couldn't see how these small birds could survive, but look at him digging for food. The snow is just flying. 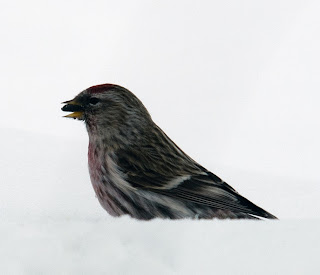 For the effort he was successful!! 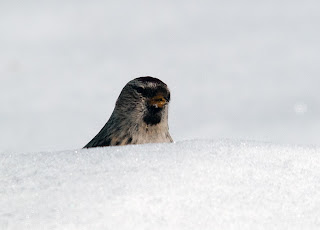 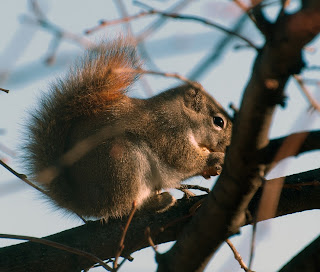 What would a post be without any Red Squirrels. 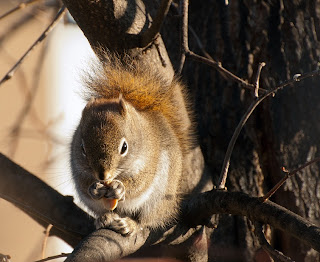 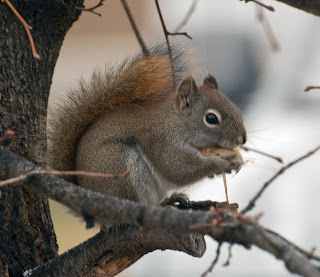 And a supper break. 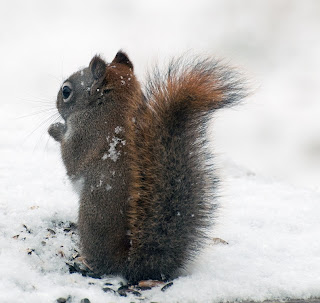 I like this shot because of the snow sticking to his fur. Maybe it's a brunch break that he's on now.
A Post to MWT @ http://ourworldtuesdaymeme.blogspot.com/  and to WBW@ http://pineriverreview.blogspot.com/
Posted by Unknown at 9:40 AM