Black Bears, Northern Harriers, Wetlands, and Other Wildlife Of The Vermilon River. A Post To SWF.

All these photos were taken on a hike along the abandoned east track railway line right to the road that leads to the one inhabited lake in the north east chain. I'm proud of myself because it's the first time that I have done this, and it has opened new trails, wetlands and more uninhabited lakes to me. The abandoned track is not a difficult hike, but the old gravel remains on it, which alerts the wildlife. This improves the further you go as some of the gravel has been spewed off of the old road bed by snow machines and ATV's. 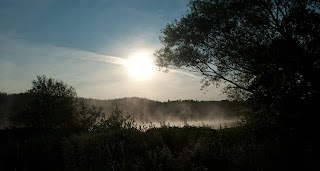 I left early in the morning and the mist was still rising off the first series of wetlands.

I'VE SET THE POST UP AS A SLIDE SHOW SO CLICK ON THE PHOTOS TO ENLARGE, AND SEE THE SHOW. ALTHOUGH YOU SHOULD READ THE COPY FIRST. 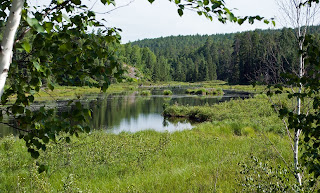 I'm not certain if this is the bottom of Moose Lake or just an other wetland at the base of Moose Lake. It doesn't matter much as there is a good trail running north which I can use to explore. 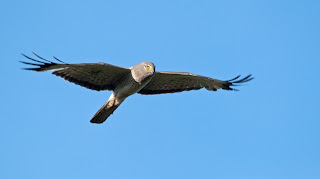 The Northern Harrier's were out again. Just some quick information: Harriers are falcons, a hawk, but of a different genus. They hunt by flying large slow circles, aiming to find their prey in mid air, not as hawks do on the ground. Their beaks are notched; they use their talons to seize the prey, but they kill with their beaks. Hawks kill with their feet. Falcons when they spot prey will suddenly drop and can achieve speeds up to 200 miles per hour. The female has a mottled chest, while the male has a white chest. 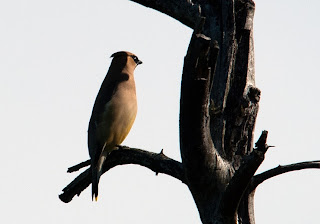 This Cedar Waxwing was near the new wetland. On that tree, he looks like something from one of the spaghetti westerns of Clint Eastwood. 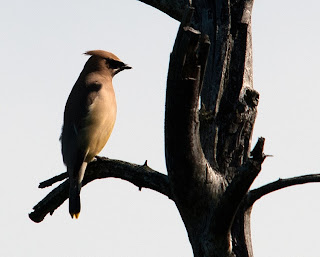 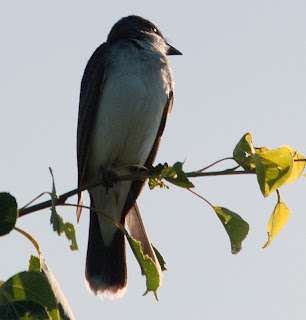 Eastern Kingbirds are not especially rare. They are aggressive and will attack predators,even landing on their back to defend their young. 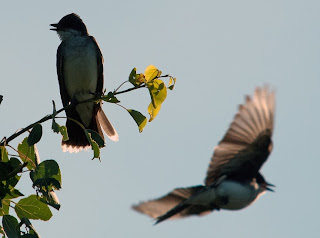 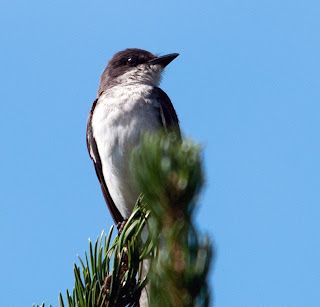 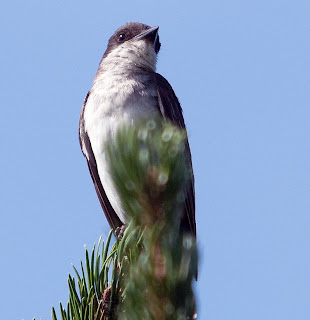 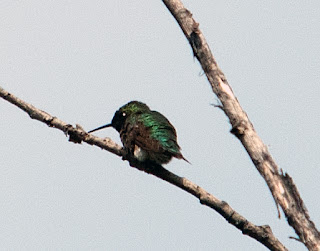 Coming back I always take a different trail to see what is active. I call this area of the trail Hummingbird highway. Hummingbirds' colour comes from the refraction of light through their feathers, which is also true of most bluebirds. So in the shade this little guy would lack those vibrant colours. 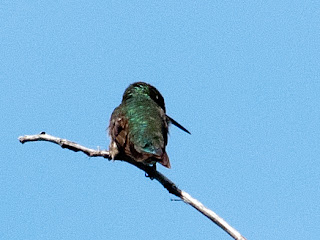 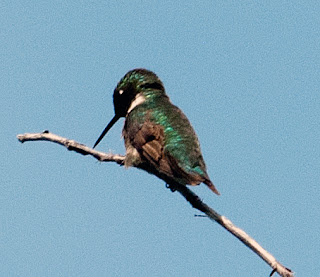 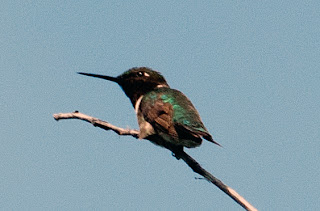 An illusive Red-eyed Vireo. The first shot which shows his red eye was unfortunately out of focus. 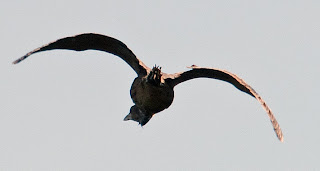 This is one of those crazy things that happen. This is an American Bittern that I've been trying to get some photos of . As I said earlier all the wetlands on the east track are filled with wild life, but the gravel alerts them. In this case he was in the new wetland.,and then flew directly for me. Head on there's not much to see on a heron because he's stretched out flat. 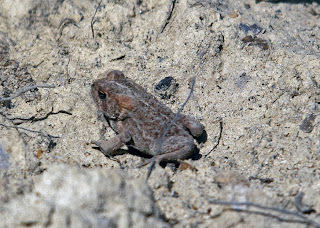 This brown toad is about the size of your thumb. 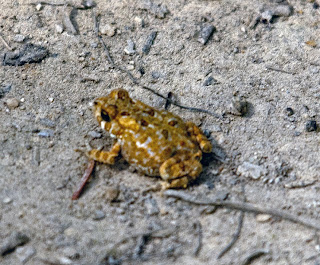 This one is even smaller, say maybe the nail on your little finger. 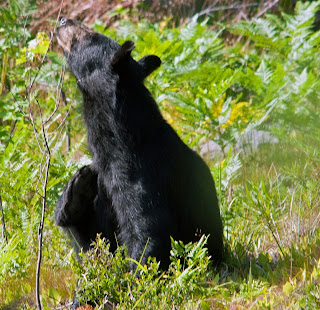 E It's fitting that the blueberries are positioned here. I've been seeing bear sign on the trails for a while, but not the bears. That's why I wanted to push further on the east track. Not only to find more trails but to reach the hydro pole line. Hydro clears the trees away from the pylons, and the cleared areas support large numbers of blueberry bushes with easy access for the black bears. She's just had a meal in  the hot sun, and after a scratch disappeared into a shaded spot for a sleep. 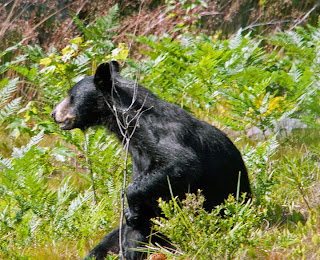 Black Bears have poor eyesight , but a really fine sense of smell, and excellent hearing,so had she heard me she would have left. She's not much more than a yearling on her own now, trying to remember all that her mother taught her. I say she, because males remain with the mother longer for protection from full grown male bears who see them as a threat. Her size indicates her age. 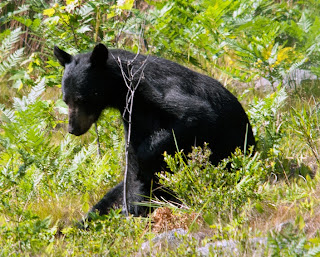 
A post to SWF, Camera Critters and Scenic Sunday.
Posted by Unknown at 10:42 AM