More Strange Sightings at the Vermilon River. A post to OWT, WBW IRBB.

As I mentioned in the last post, we had thunder storms earlier in the week. There was not enough rain to make much difference to the level of the River or wetlands. Despite the drought however, it was an eventful week in terms of wildlife. The post is a combination of hikes to the west side of the River and the east track beaver ponds and wetlands.

The first photo is a reflection in the beaver pond; the second and third, different views of the Moose Lake wetland.
THIS POST IS SET UP FOR THE SLIDE SHOW AS USUAL, BUT I SUGGEST YOU READ THE COPY FIRST.

A post to Our World Tuesday, Wild Bird Wednesday and I'd Rather Be Birding. 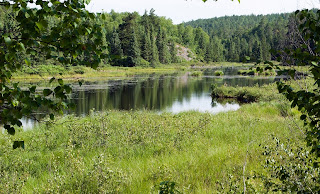 Reading the copy is important as new births are showing up, and there new sightings as well. My thanks to NWO Birds for their help in Id'ing some of the new sightings. 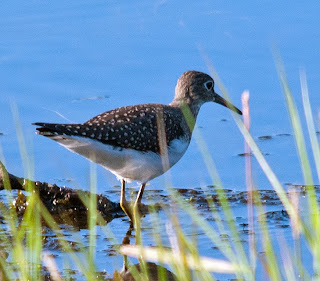 To those of you who live on the coasts of North America or the Great Lakes, shore birds are not rare, but to Boom and I who live in a wilderness characterized by small lakes and various sized rivers they're both rare and exciting.

Yes I found the missing memory card, which has prompted me to wonder if I'm playing with a full deck. On that card were these photos of a Solitary Sandpiper. They were taken at the east track beaver pond. 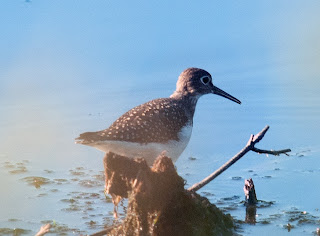 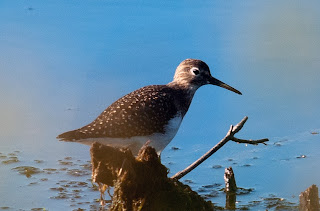 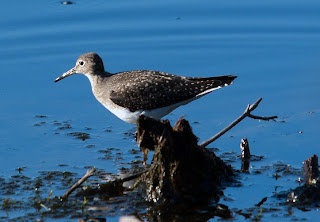 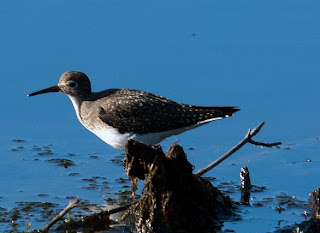 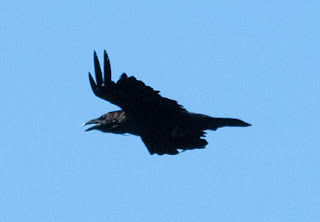 I'm always pleased to see the ravens whether in flight or perched. 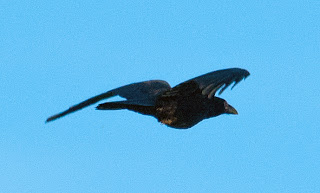 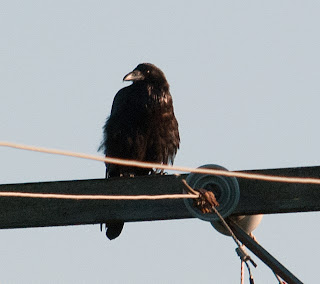 They are our totem bird, and always seem to bring good sightings, and exciting events. 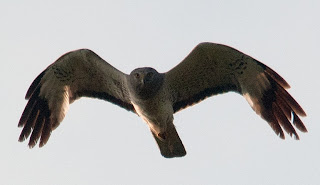 I had been looking for the female Northern Harrier, and in fact found her, and her offspring, a juvenile Northern Harrier. He/she was perched on a stump in the tundra, a far distance away. I hike and photograph, and therefore don't carry a tripod, because of the extra weight. I had to hand hold the camera with the 150-500mm lens mounted on it, standing on the abandoned railway tires. I was quite pleased with these shots. 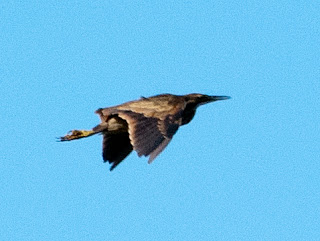 In the same tundra I saw the American Bittern. Unfortunately, when he lands and settles in, you can't see him, but I got this in flight shot. 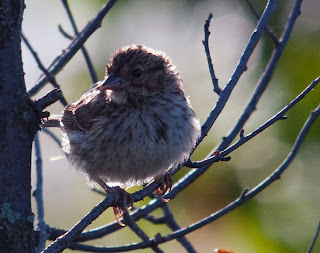 This little series plays the identification game with sparrows, a risky and frustrating task at the best of times. This is song sparrow. 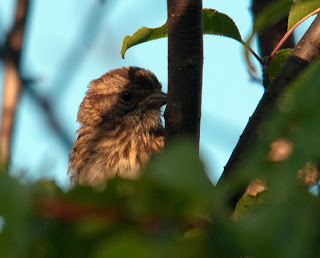 I have been calling these little guys everything from Juvenile sparrows, which is the safest call to swamp sparrows. 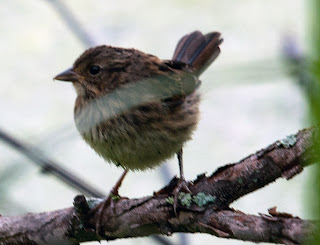 They may be great at posing, but they have few markings on them yet, which doesn't help with identification. 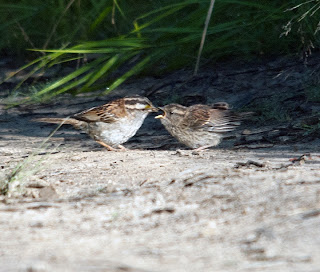 Well,the mystery cleared up when mom showed up. She's a White-throated Sparrow. 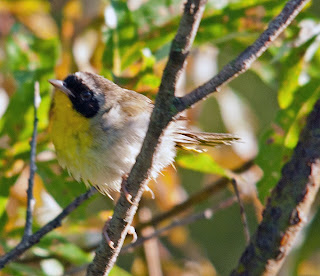 This Male Common Yellow-throat showed up. I had originally identified the two next photos as female Yellow-throats, until Ken posted his comment. I won't go along with a female Chestnut-sided Warbler (the brown side stripe is fainter), but I will a non-breeding immature Chestnut-sided Warbler.Non-breeding plumage since it's fall will now appear up here to drive me crazy, especially in the warblers. 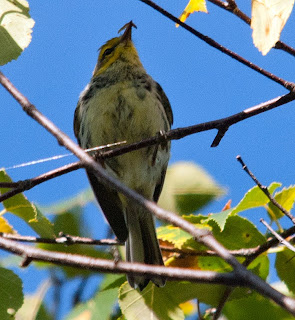 This is a brand new sighting. It's a Black-throated Green Warbler. The photo was taken on the west side of the River. 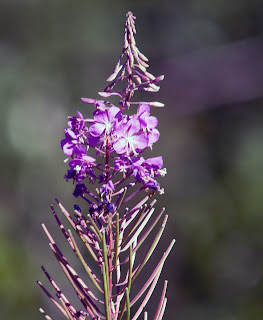 I've posted Fireweed before. But this shot shows clearly its propensity to bloom from the bottom of the flower. When the top starts to bloom, the bottom flowers will be producing a long silky seed. 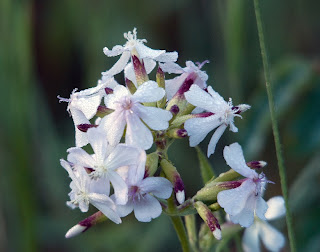 On the last post, Jeanelle identified this flower as Bouncing Bet. The leaves contain saponin, which produces a soapy lather when mixed with water. Bouncing Bet is the old English name for a washerwomen. Source: ROM Guide: Wildflowers of Ontario. 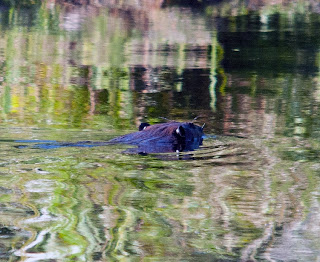 Talk about a bit of confusion. There was a commotion on the surface of the Beaver pond which I saw as a duck initially in the viewfinder, but behind the duck was the primary resident of the pond, the beaver. You have to freeze with these guys or they'll slap the water and disappear. You also have to cross your fingers and hope he comes toward you to get some closeups. 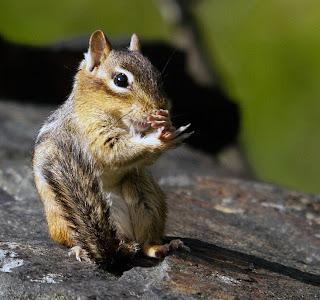