More Wildlife of the Moose Lake Wetland of The Vermilon River. A Post To SWF.

The weatherman has forecast rain with thunder and lightening for the later part of the week and weekend. So my hiking has been limited to early in the week. You can see from the skies in the photos that the days are bright. The Moose Lake wetland and the east track beaver pond have attracted my attention because of the Northern Harrier, both the female and the juvenile that I posted last week. 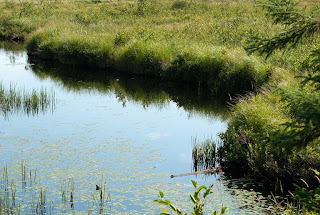 All the scenic photos are of the Moose Lake wetland, taken from a little trail that I found into the shore. It's dry and wide enough to sit, and quietly watch.

THE POST IS AGAIN SETUP FOR THE SLIDESHOW, SO CLICK ON ANY PHOTO, BUT I'D SUGGEST YOU READ THE COPY FIRST. 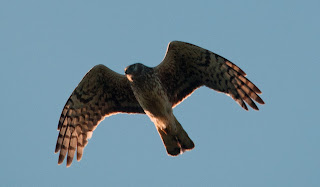 I was really excited to see the Northern Harrier, and to learn she was a female. Repeated sightings suggested that she was nesting in the area. Last week I posted the shot of a single juvenile. 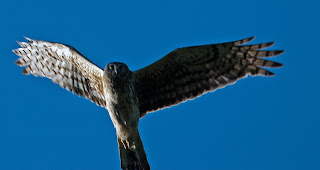 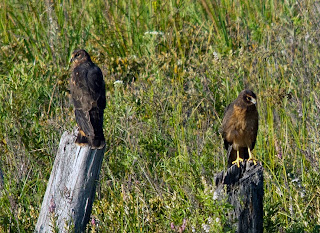 But this week I got this shot, and the one below with two Juveniles perched. 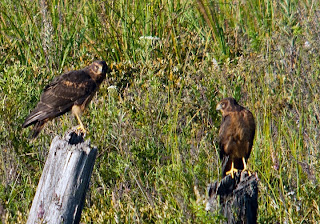 See the one looking at me? I'm standing on the elevated abandoned railway line. 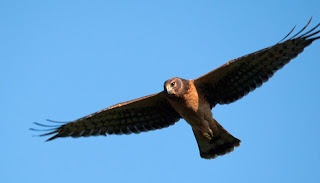 Here he/she comes!! I guess to see if I'm edible. 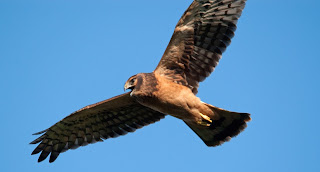 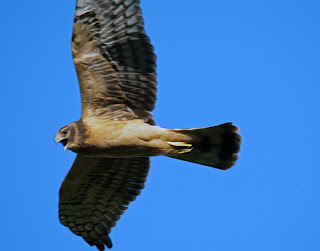 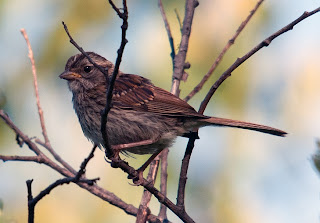 The next series is of White-throated Sparrows, which are common this year. 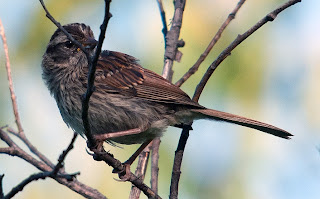 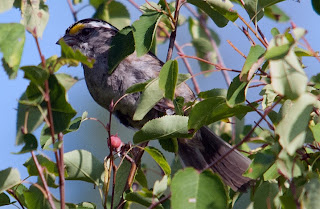 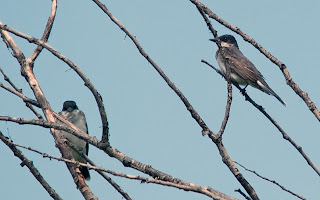 The birds in this series are Eastern Kingbirds. 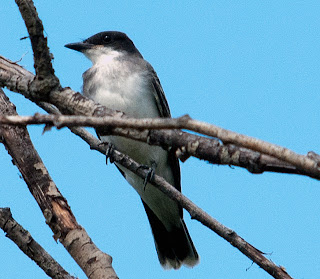 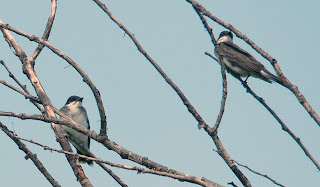 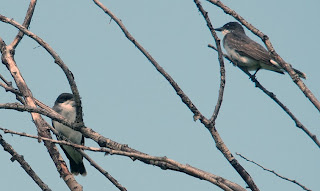 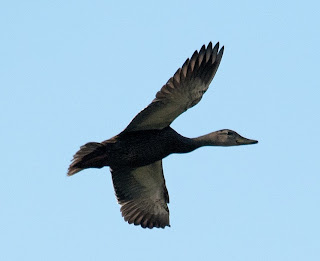 When I went into Moose Lake on the little path,a flight of ducks took off. Courtesy of NWOBirds, we think they're Black Ducks. 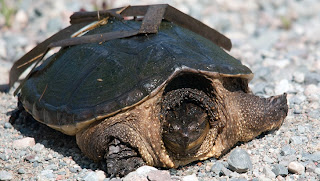 The sequence on the snapping turtles that I posted earlier prompted some reading on Ontario Turtles. I'm amazed to find out that we have nine species including the snapping Turtle at the right in Ontario. All except one are at some level of risk on the endangered list. The risk comes from loss of habitat, the use of pesticides, natural predators, and poaching or hunting. 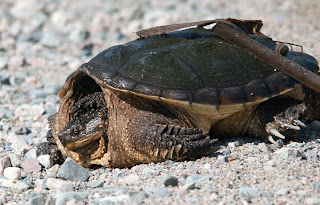 The Province under pressure has required hunters to report their takes. What an incredibly lukewarm response!! The other threat in the Toronto area is the release of  pet red slider turtles into ponds, thus becoming an invasive species that threaten the native species.

Turtles are successful survivors from the dinosaur age. They are ecototherms; that is,they take their heat from the outside, which explains why they bask in the sun. Some are vegetarians; others eat other pond  life such as frogs. They lay large numbers of eggs, but only about one percent survive. There is no parenting of the young; they merely hatch using the egg tooth, which falls off, to break the shell membrane. They have lungs but are able to stay submerged for long periods by a special arrangement of their throat. They are hibernators here. 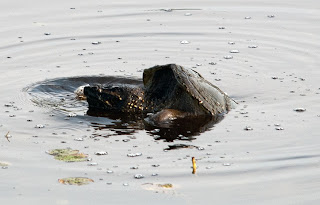 If you're not impressed with these guys by now you should be. There are some good conservation programs here. For instance that of the Nature Conservancy in their wetland holdings in SW Ontario and Manitoba. Also the Toronto zoo has adopt a pond. I joined the zoo's sighting program and have sent in my photos as they requested. All the information is from the Nature Conservancy site at www.natureconservancy.ca and the illustrations are from the Toronto zoo site at www.torontozoo.com/adoptapondnow/Turtles.asp 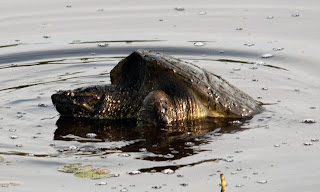 You should check your local provincial or state sites for species native to your area. The following photos are mine with ID captions, while the illustration are courtesy of the the Toronto Zoo. They are all the types in Ontario.