The weather has been great for hiking with cool mornings, about 10C, rising to 20C in the afternoon. This type of weather adds a mystery to the forest with rising mists everywhere, and interesting colours. A trip to the Long Lake wetlands was therefore in order. Mystic Lake feeds this wetland;while it in turn flows into the witches cauldron of the east track. All of that magic in this one spot and one post! 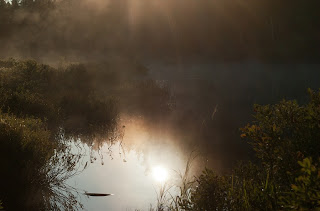 A post to Sky Watch Friday, and Camera Critters. 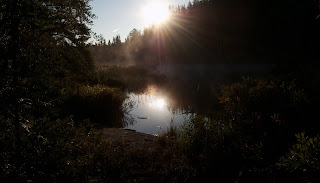 We were up early, even earlier than usual, as you can tell from the angle of the sun to catch the heavy mists. The previous shots and the one opposite are of the lower end of the wetland. 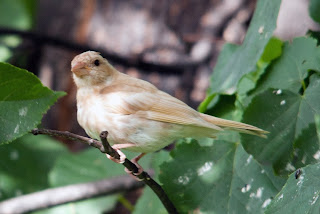 Well with all that magic, let's look at this Purple Finch. All the information that I'm going to give you comes from www. birds. Cornell edu/. But any Google will give you numerous sites to check out, which I did. There are two conditions that relate to the genetic inability to distribute melanin normally. The first is Albinistic, commonly called an Albino. In this case the bird would be white with pink eyes.
The second is Leucism, a genetic defect which prevents melanin from being distributed normally. 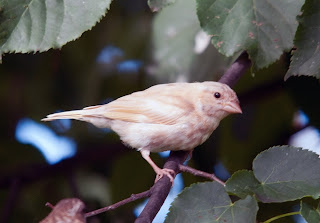 The bird in the opposite photo has some colour, and I think has brown eyes. So it would be Leucistic. I think it is a female purple finch. I included some photos of males and females below. 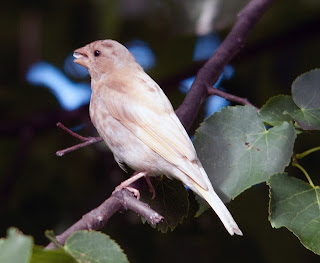 A side view. The other purple finch treat this one normally, although they may be more vulnerable to predators because of a lack of camouflage. 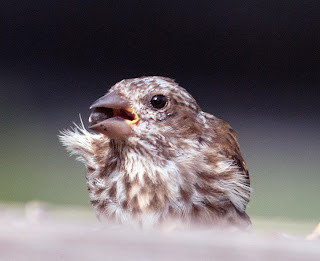 The close up of this female makes me think the Leucistic is a female. 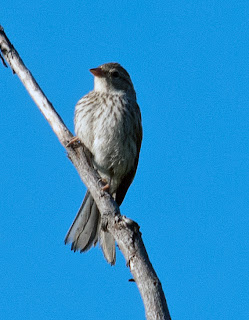 There was a group of song sparrows playing around. They're always good for a few shots. 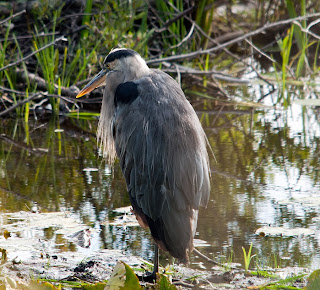 I took these shots on the west side of the River. I'm quite proud that I didn't spook this one. 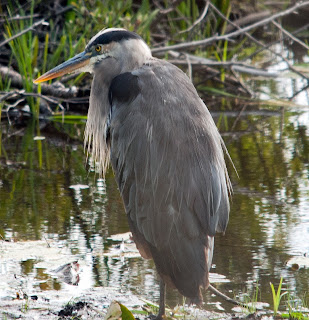 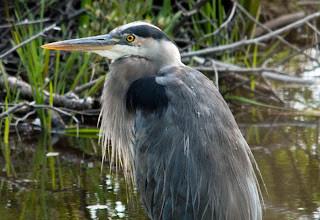 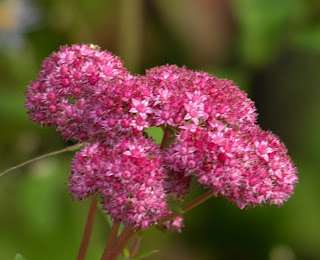