To Hike or Not to Hike At the Vermilon River.

Hikes this week were weather dependent, as at last the rain has come. Unfortunately, the rain is too late for the wild blueberries. The crop was less than originally anticipated. Pin Cherries are almost non-existent, while the Choke Cherries were good.. High bush cranberries are ripening now, and the raspberries are finished now, although they were plentiful this year. The gold sky shots were taken while I dithered on whether to go on a hike or not. 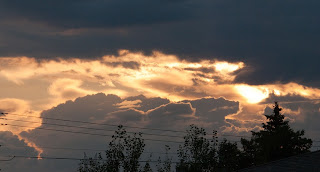 Since I was outside I went. Although a bit of rain fell, I didn't turn back. Most of the shots were taken on the west side of the River.

THE POST IS AGAIN SET UP FOR THE SLIDESHOW, SO CLICK ANY PHOTO TO ENLARGE AND VIEW. 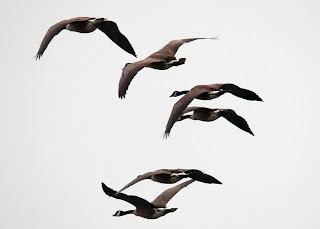 The Geese are rehearsing the young in long distance flying in preparation for the migration. Sometimes the traditional V formation is hard to pull together. 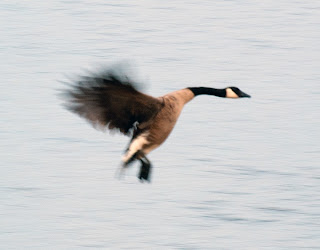 This one was shaking all over as he landed. 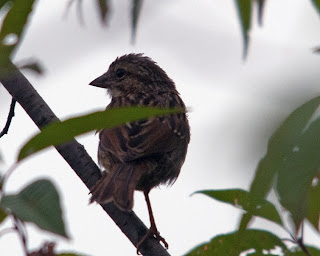 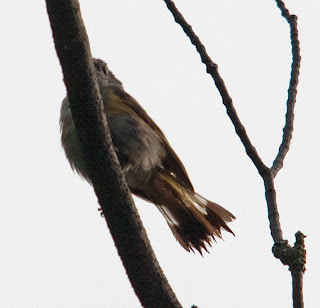 Now the fun begins. What is this little guy? I put in next a Yellow-Rumped Warbler that I shot in the spring to help, as he's in full breeding plumage. I ran into the guy opposite in a flock in a stand of black spruce and then another group near the big wetland. All the photos are some variation of Yellow-Rump, immature or in a non-breeding plumage. 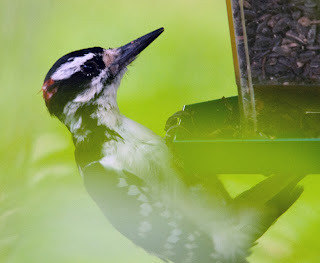 I saw a lot of woodpeckers in the spring but few in summer. Now they're visiting my feeders. Opposite a male Hairy. 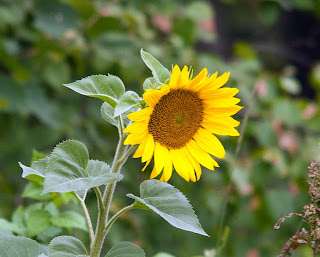 This huge sunflower was brightly growing in the forest clearing.

A post to I'd-Rather-B-Birdin', Our World Tuesday, and Wild Bird Wednesday.
Posted by Unknown at 4:11 AM