More Favourites Of The Vermilon River. A Post to SWF.

This was a strange week with thunderstorms, and a holiday weekend in Ontario. As well, the town celebrated with a festival which I stay well clear of. So the hiking was shortened in length, and duration, but was still productive. The mornings were cold turning the east track wetland into a witch's cauldron as the mist/fog burned off. The intial scenes are of the cauldron. 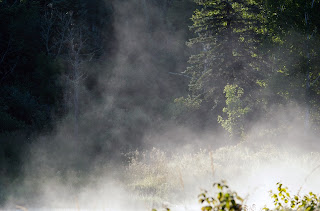 If you look at the first photo closely you can see a second cauldron just faintly on the right side.

Opposite is the second cauldron wreathed in shadow,and mist. 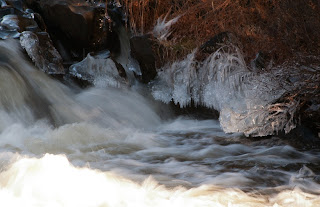 I was playing in the archives which is quite large with unpublished photos when I ran across this winter rapids scene, which I like and decided to include it for a change of pace, or perhaps just a faint touch of magic from the witch's cauldron.

THIS POST IS SET UP FOR THE SLIDE SHOW SO CLICK ANY PHOTO AND IT WILL ACTIVATE. 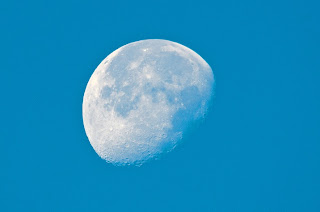 The moon was bright all morning. 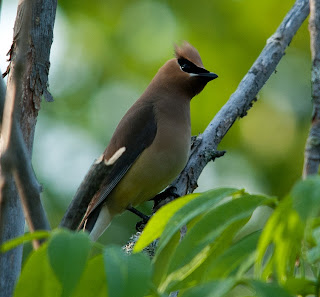 Sandy Carlson (WA) wondered where the waxwings were in the last post, so to make up for the absence here's a double dose. All the first are Cedar Waxwings. 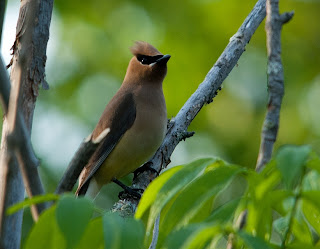 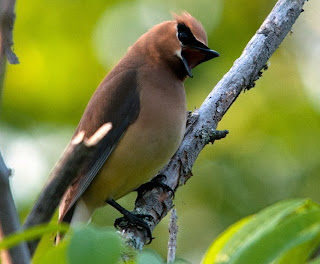 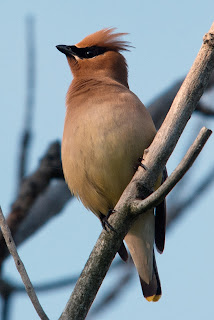 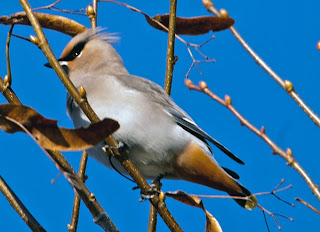 All the rest are Bohemian Waxwings, which I took in the spring and never published. The only difference is the more ornate wing bars, and the under tail which is red/rust in the bohemian. This group of Bohemians  was finishing off some berries left from last year, and probably fermented by the time they got to them. The liver of waxwings has an incredible tolerance to high alcohol levels which would be toxic to a human. 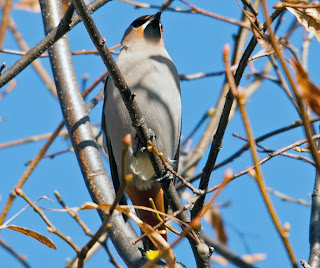 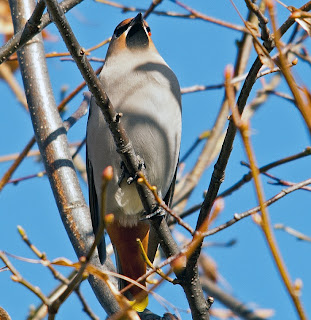 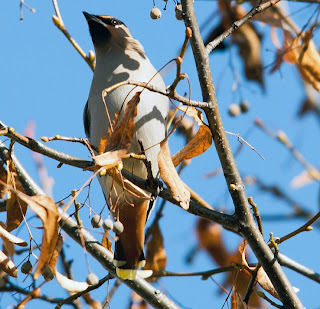 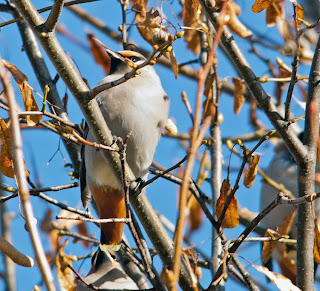 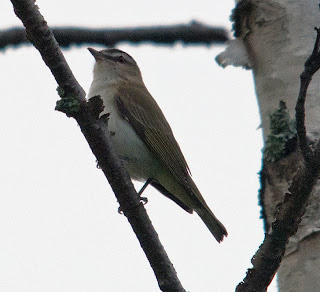 This whole series is of a Red-eyed Vireo. 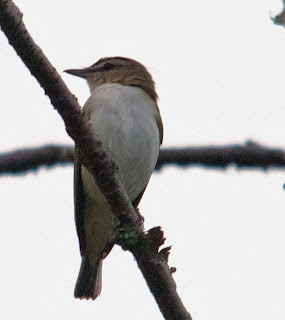 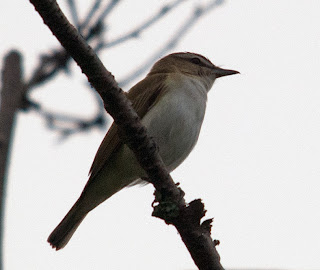 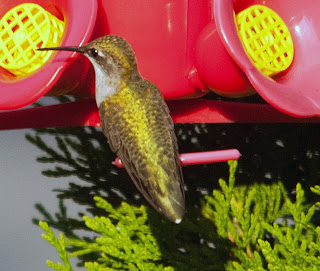 Now that the Fireweed, Dogbane and some other forest wild flowers are dying off the Hummingbirds are returning to the feeders. This is a female Ruby throat.