Today's post is mostly photos. I have been hiking in the beaver pond area, because a strange thing happerned. I got some good photos of a sandpiper, and a belted kingfisher in flight. I, by mistake, cleaned them off the memory card, and I'm uncertain how I did that; so, I've been coming back in the hope of getting the sandpiper. There is not a large selection of shorebirds here. I also wish that I knew what I did to avoid doing it again. 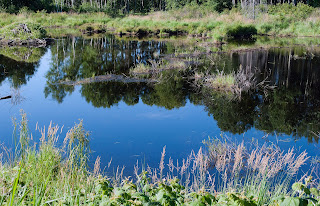 CLICK ANY PHOTO TO WATCH THE SLIDE  SHOW. BUT YOU SHOULD READ THE COPY FIRST.

All the scenes are from the beaver pond.

A post to Our World Tuesday, World Bird Wednesday, I'd rather be birding. Click any one to check them out. 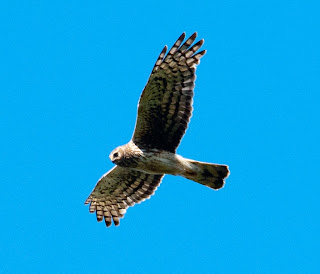 Hiking this area also gives me a chance to check on the Northern Harrier. 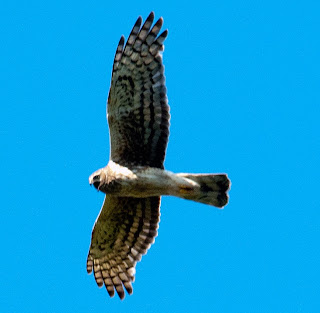 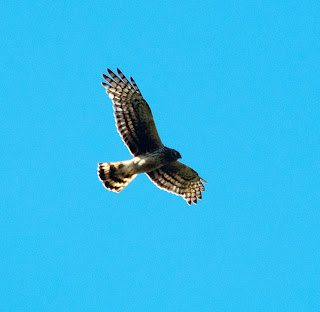 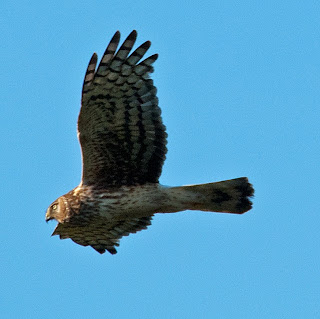 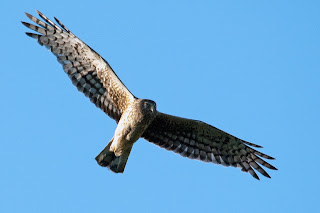 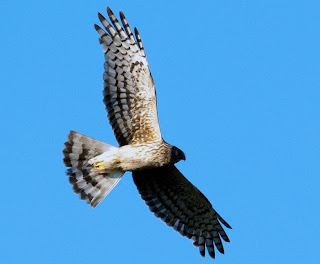 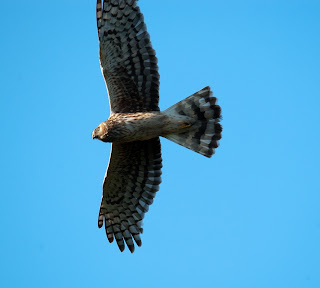 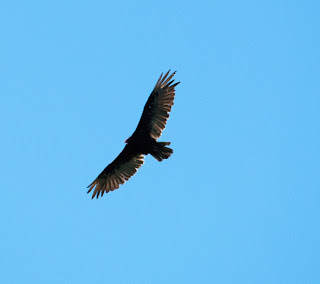 The Turkey Vultures were also active in the area. There are a pair of them. 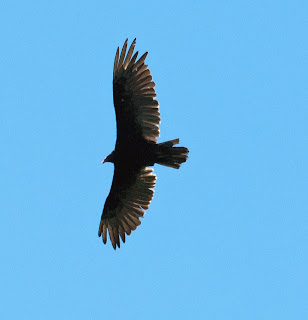 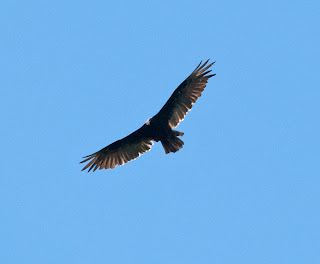 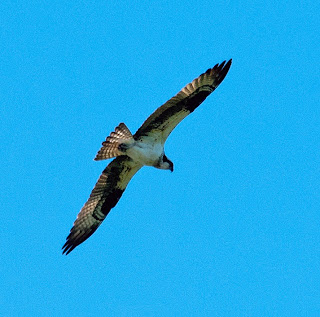 The Osprey shots are from the west side of the River, where this one is hunting the wetlands, and the River for fish. 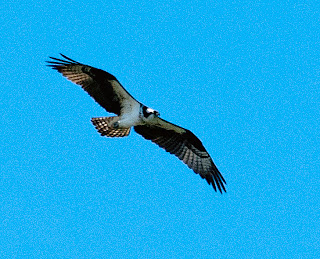 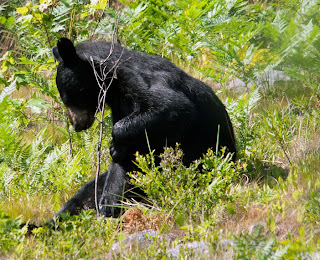 This is the same bear that I showed two posts ago. I included another photo of her, because there has been a bear incident near here. I'm using the information from "The Northern Life" which in my opinion is a poor newspaper, but is the only source that I have. Black bears are almost to Northern Ontario what politicians are to graft. They're everywhere, because it is wilderness forest.

A woman was taking her unleashed dog for a walk, when she spotted an adult bear in a berry patch. She blew her air horn, and the dog, a lab, barked. The bear attacked, and gave her a swipe, but it backed off. Just an aside almost anyone here who goes in the woods carries a noise maker. She was fortunate. But there is a lesson here. If you'll notice in my photo above, the bear is pretty thin. She's been surviving on grasses,but all the berries are rippening now,so the berry patch and shrubs that have edible berries look like an outdoor restaurant to her. What the women and the dog did was challenge the bear over the berry patch. If the bear was a male, she also challenged him in his territory. The whole incident is unfortunate, but it goes to show that there is a forest protocol, and it needs to be followed. Don't challenge the wildlife, sharpen all your senses so that you see what's in front of you, behind you, and beside you. Leash your dog, and keep him quiet..

When I was hiking on the west side of the River, I shared the trail with three other travelers. I came within ten feet of the humans, and they didn't see me. The third traveller beat me to the River bank, and swam the River, a bear, but you can bet he knew that I was there, and I knew he was close by. 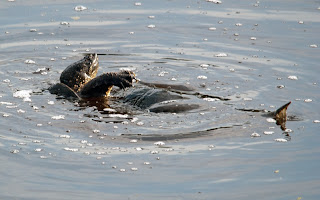 I put another photo of the snapping turtles in to make a point. Nature theme parks, and Disney nature portrayals give us a warped view of nature reality. Creatures like this turtle, which is an endangered species, are not cute in a bambi sense, and therefore are unappealing. But in a wetland like this one, she and her mate contribute to the viability of the wetland and the over all environment. In the post in which I showed the fox and her kits, I got rave "cute" responses, but what I didn't tell you was that she brings home live catches to teach the kits to kill, which is necessary for their survival. Pretty gruesome!! So take a look at the previous posts and support turtles to preserve the species. 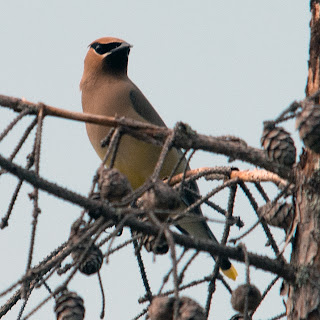 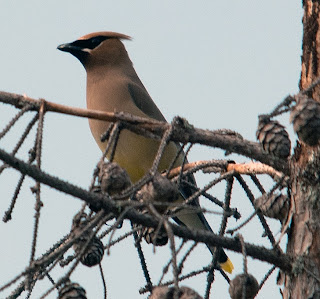 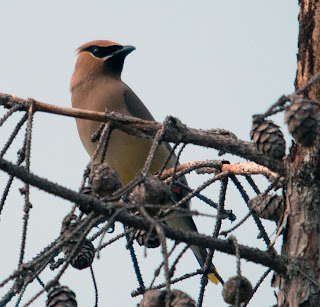 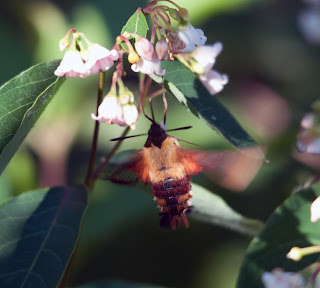 All these photos are shot in flight, because this subject is always in motion. This is a Clear Wing Moth, often reffered to as a Hummingbird Moth. They hover, and they suck the nectar out of the flower in the same manner that hummingbirds do.They have a wing span of 38-50 mm or about 2 inches. There is a like moth in Europe and Japan, the Old World, but it is unrelated. It is, rather, an example of convergent evolution. 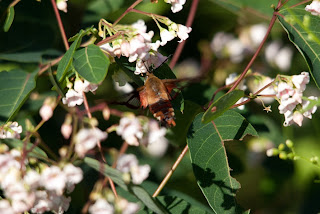 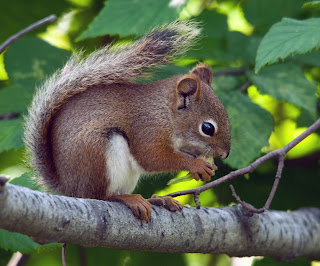