Workers, Hunters,Clowns,Posers,And Singers of the East Track Beaver Pond Of The Vermilon River. A Post To MWT, and WBW.

Initially, this was to be a follow up post to the previous one. But the weather has been so good that I elected to hike both the west side of the River, and the east track beaver pond on consecutive days. The only photos from the west side are the Flicker series. This is a large beaver pond supporting two lodges. Beaver ponds support wildlife, much of which is endangered, while purifying and conserving water. Just in passing,the River water levels are low; in fact as low as I have ever seen them this time of year.

I HAVE SET THE POST UP FOR THE SLIDE SHOW, SO CLICK TO ENLARGE AND TO ACTIVATE THE SLIDESHOW. 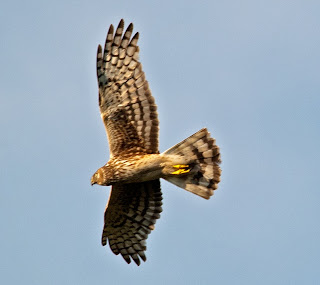 On the way, I was fortunate to see, and photograph  this Female Northern Harrier. She is member of the "faliconformes", and she was in full hunting form circling the wetland, crying out what sounds to me like" kr-ie, kr-ie",which reverberated across the open space. It's a spectacular sight. In keeping with the theme, this is, of course, the Hunter.
Thanks to NWO  Birds for ID help. 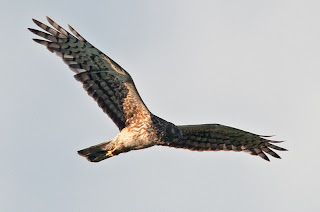 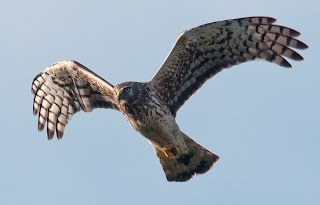 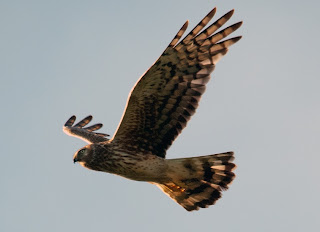 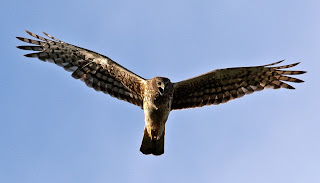 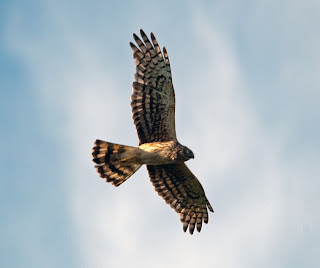 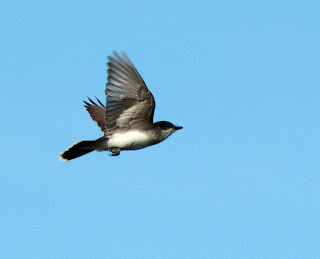 Thanks to Ken Schneider for ID help on the Eastern Kingbird series of photos.There were a pair of them and they entertained me to no end with their  aerobatics, and general carry on.  They are the Clowns, and this pair at least  loved to be photographed, as you can see from the following series. 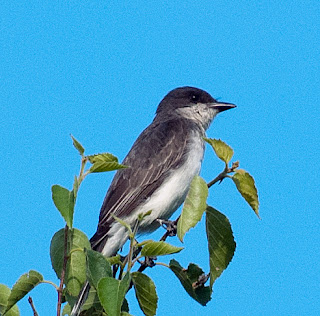 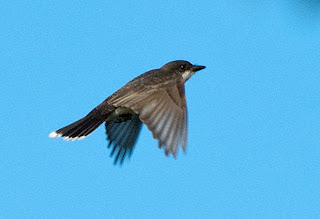 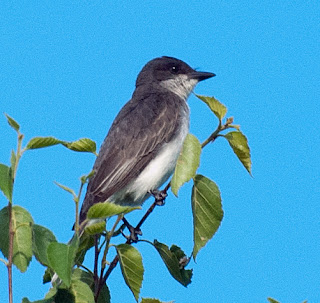 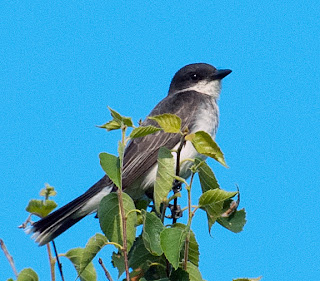 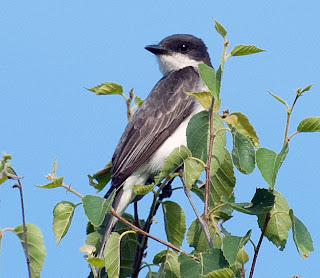 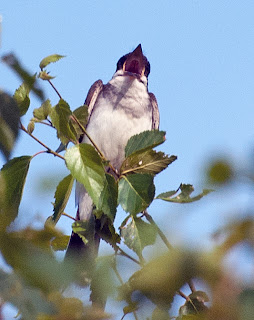 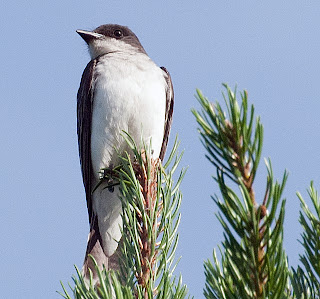 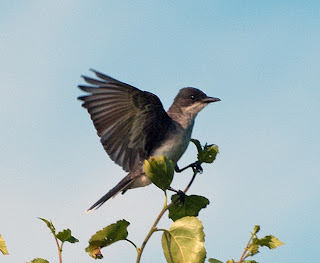 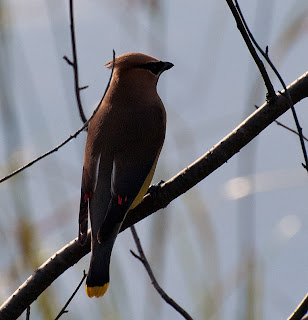 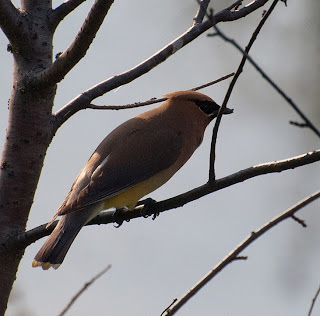 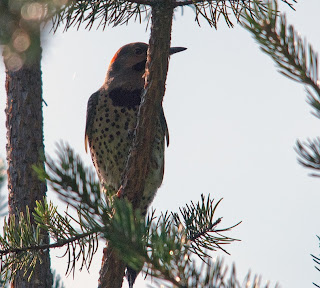 Northern Flickers are ground woodpeckers feeding on ants, although I seem to be seeing them in the trees more than on the ground. This male is one of the posers also. 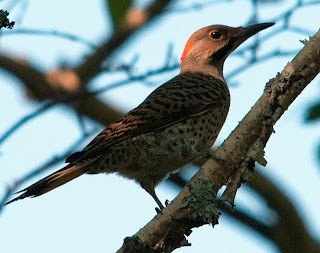 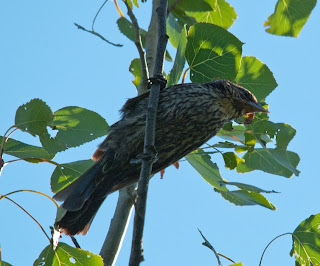 These photos are of female Red-Winged Blackbirds, helping the male below to guard the territory. So they're workers. Although the one below seemed more interested in what I was doing than guarding. 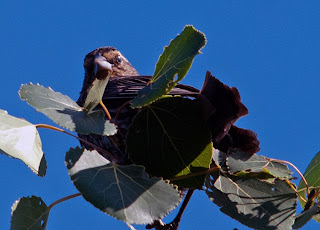 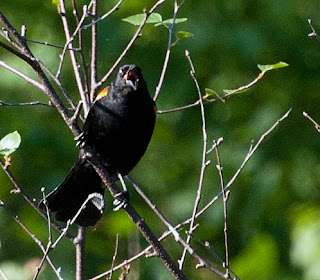 Yes, the pond is a noisey place. 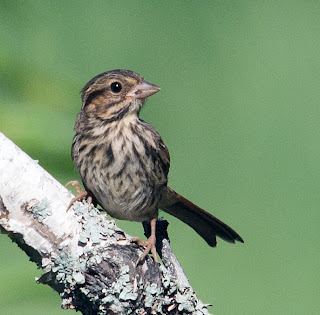 Some shots of a juvenile song sparrow. 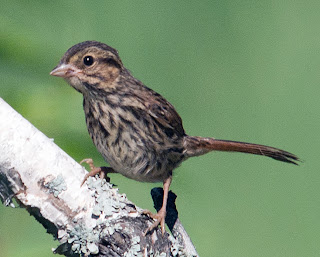 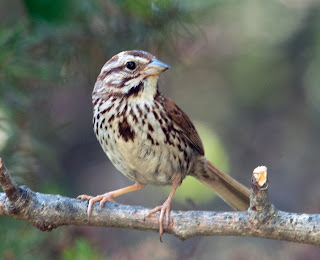 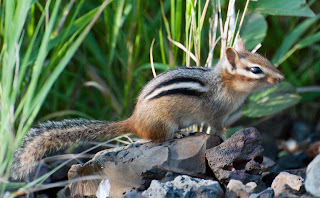 This fellow, a chipmunk, is a worker. He's a ground squirrel, and a true hibernator, so he's putting away food now. The Goldfinch below are posers, of course.
It was quite a hike wasn't it? It's just unfortunate that some of you couldn't be there. We might have even gone further.

I include the insects and flora to give you an impression of the nature's bounty in a wilderness forest, and to emphasize the interrelation, because I think that too much of nature is being served up in a theme park format. I was startled to read recently in an email from the Forest Trust of the UK, that only 9 percent of the UK  is forest covered, while 44 percent of Europe(no definition of countries included in Europe) is covered. There was no definition of the term forested, but if you make the definition, wilderness forest, the numbers will decline overall. Try that in North America, then separate the results  into Canada and the US, and see how the numbers work.It's a scary proposition, because the results will not be good.