Parenting, and Other Wildlife Views At the Vermilon River. A Post To SWF.

I've already posted bears with cubs, and foxes with kits, so this post is about some birds and their young. All in all wildlife parenting is pretty good; in fact in a lot of cases, much better than its human counterpart, where neglect and then  compensation seems to be the norm. As well there are scenes of wetlands and other birds that I've seen on my hikes in the last week. The weather has been warm and humid with a little rain thrown in, but great for hiking generally,as long as I hike early in the morning to avoid the heat. The photo opposite is the Long Lake wetlands with rays of sunshine on the water. 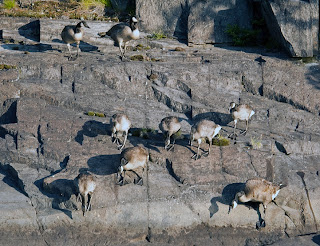 These Geese are on the river bank. Watch how carefully they take care of the goslings. 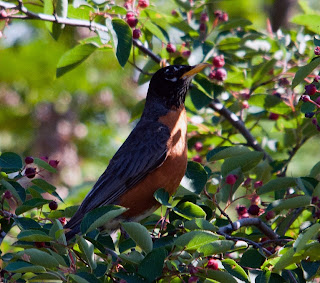 These Robins were pretty unhappy with junior who was paying more attention to me than to his parents. 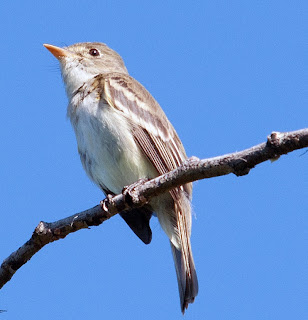 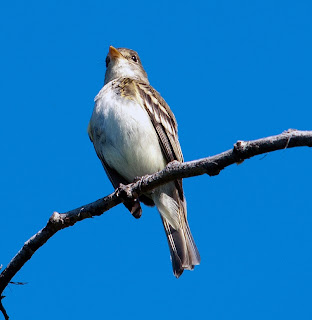 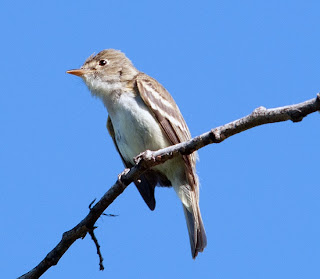 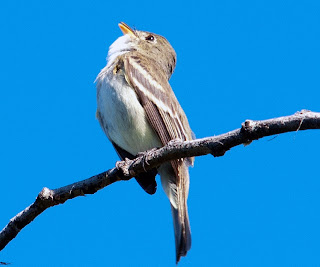 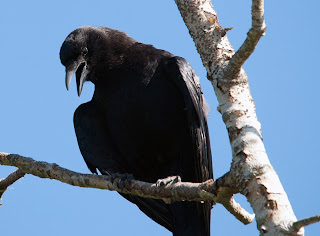 A conversation with a Raven, and an interesting one at that. 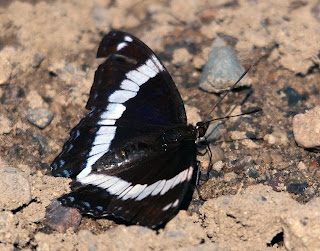 This series of photos show some different views of a White Admiral, particularly the difference in the inside  and the outside wing. 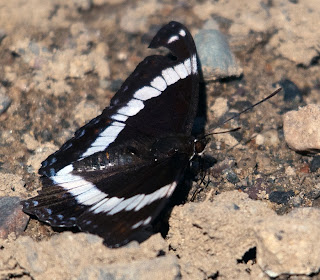 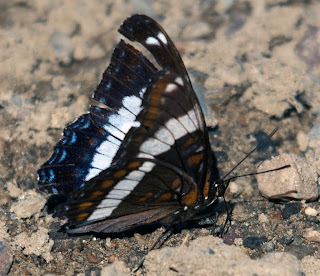 See the colours on the outside wing. 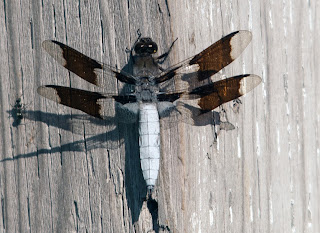 I've started to try and identify the Dragonflies. Opposite is a Male Common Whitetail.