Onaping Falls; A Tributary of The Vermilon River 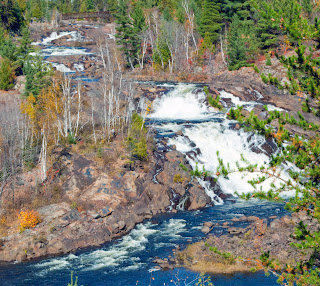 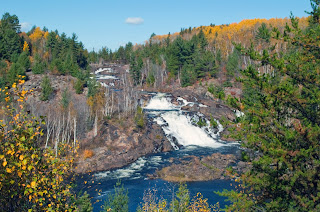 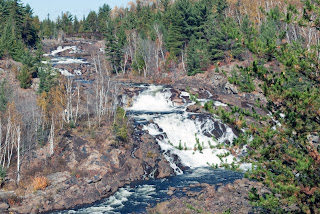 There is more of a story than being just a tributary of the River now turning into Lake Vermilon on its way to Lake Huron. This site was painted by A.Y. Jackson a member of the group of seven. For those unfamiliar with the group of seven, they were a group of artists who rejected the European artists or European trends in vogue in Canada and elected to depict Northern Ontario as it was and is- a rugged, beautiful land with its own light, far different than the Mediterranean or even the U.K. lake district. Eventually, of course, their work caught on, and is now revered. Their story is fascinating and can be found in any library.
As I said Jackson painted this site and either sold or gave the painting to a local high school from which the painting was stolen, and has never been seen since. I always fell strange photographing this site which he painted.
Posted by Unknown at 9:44 PM