Another Hike On The West Side Of The Vermilon River. A Post To SWF. 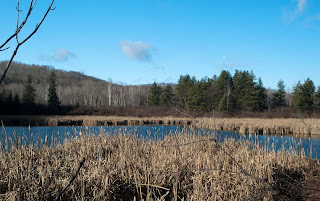 The west side of the River is not just river bank; it is wetlands on one side (opposite) as well as channels which run off the main river. These channels are dotted with little islands, which are both scenic and home to lots of wildlife. The trail which is an abandoned railway track runs right through the center, and as I have said before is an easy hike. 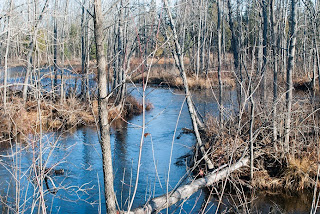 The River is high so the channels are fairly noisy, and sometimes have their own little rapids. There is lots of food in the form of seeds and berries for the birds and squirrels which of course makes for an active food chain. 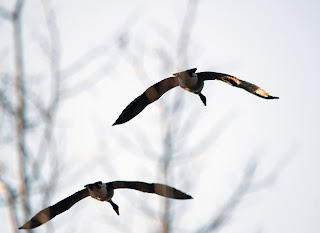 I had not seen any geese at all for a while, so this flight was a pleasant surprise. I expect they're coming in from further north, and are touching down for a rest. 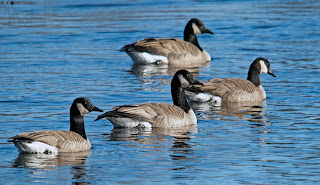 I caught up with them in the wide area just before the rapids and got some close up shots. 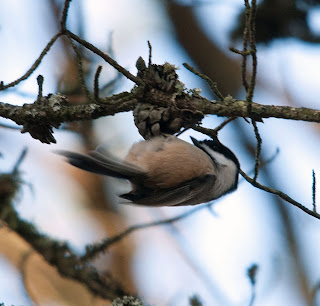 Chickadees are hard to shoot in the forest because they're flighty. But they can be truly rewarding to follow as they give lots of opportunities for candid shots. 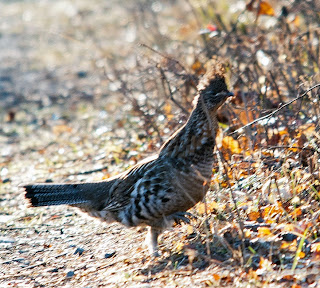 I have posted a shot of a Ruffled Grouse before but it was a close up and her tail was not visible. Unfortunately, her tail is not spread, but you can at least see it to appreciate her beauty. She's really stepping along as you can see from the raised foot. 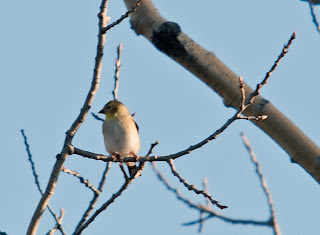 I don't know whether this is a male or female Goldfinch. 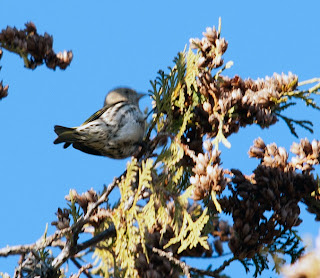 I've been pursuing this flock for sometime, trying to get some close ups. They're Pine Siskens, not the first time I've seen one but not in this quantity. 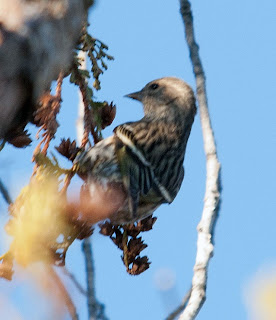 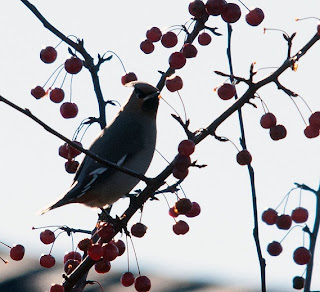 We're really fortunate here to have both Cedar and Bohemian Waxwings. I ran into these guys on my way back. 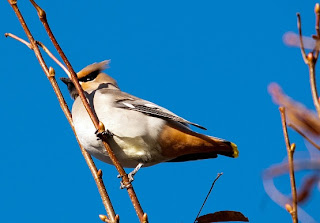 The red under the tail indicates that they're Bohemians. Their wing colours are more extravagant than the Cedar Waxwing also. 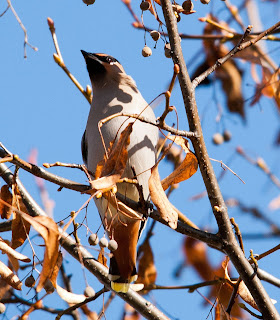 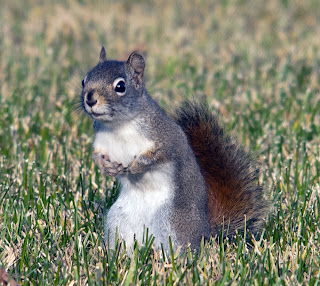 .Yes this is a Red Squirrel, although his parentage from the front is questionable. He has a large red streak down his back. And of course what would life be like without Huegy, our Northern Crow. 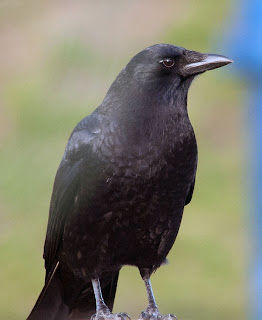