A Collection of Images of the Vermilon River. A Post to MYT and Scenic Sunday. 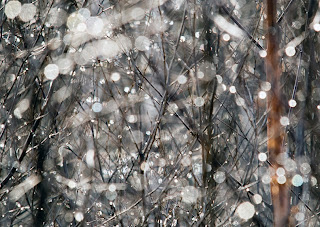 I usually hike two or three times a week so I take a lot of photos. I started to catalogue them with titles about four or five months ago. Today, I pulled some of those together. In essence I included them because I like them, or they were a departure for me in photographic terms. 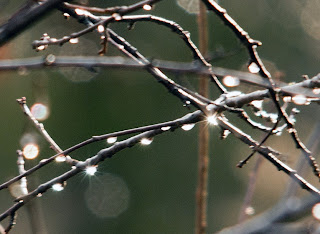 These photos were taken after a frost, and temperature drop. I was struck by the light hitting the droplets, creating Forest Fairy highlights. 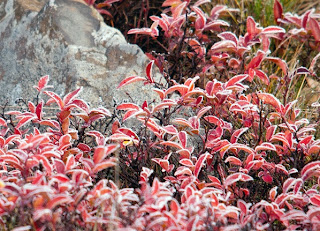 This was a photo left out of another post. On that post I included a scene with frozen red blueberry bushes on the far side of the River, and took this close up of the same. Why I over looked it I don't know. 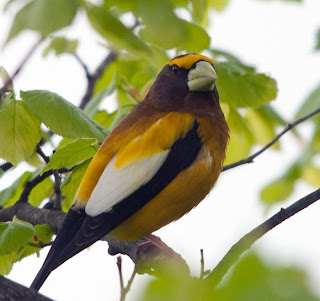 Going through the files, I found these photos of some male Evening Grosbeaks. I'll post them on WBW this Wednesday, because I just found another flock of them. 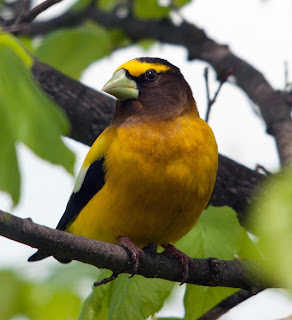 These photos were taken in the spring. This is not just evident from the leaves, but the Grosbeak changes his beak to green in the summer.


You don't get much more vivid colours than these. On Wednesday, I'll post some shots of the female too. She is less flamboyant, but equally beautiful. These birds were first seen by Europeans in western Canada in the evening; hence, Evening and of course Grosbeak for large beak. 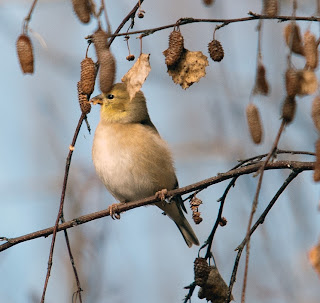 With frequently overcast skies, it's harder to catch photos of the Finches. The Sigma 150-500m performs best in bright light. The bird is in a birch tree. The seed pods provide food for a lot of birds. 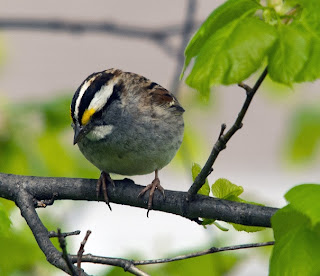 The White-throat Sparrows are long gone now. These little guys are everywhere in the summer. 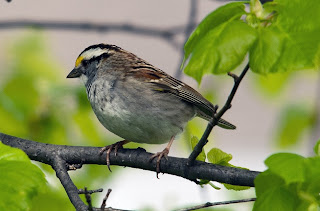 This is the same bird but in profile. 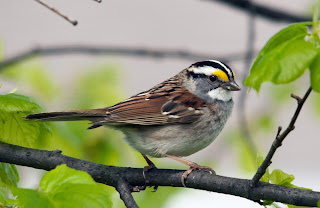 I did a whole post on the sparrows of the Vermilon River, because  the variety of sparrows here is amazing. 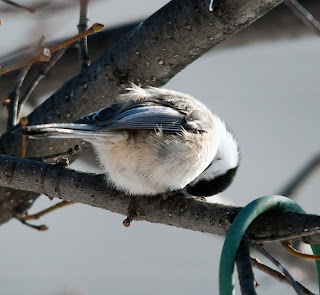 I'm always running into Black-capped Chickadees, and as I said before they're difficult to photograph, because they're flighty. 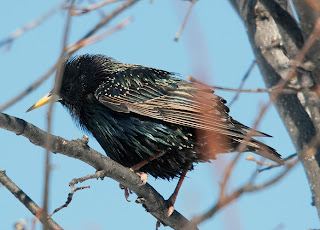 We don't have a lot of European Starlings, because we are not an agricultural area. 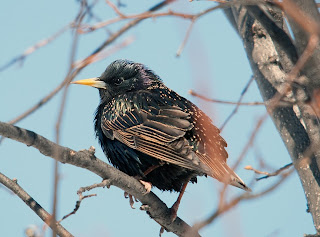 These guys are in their non-breeding plumage. 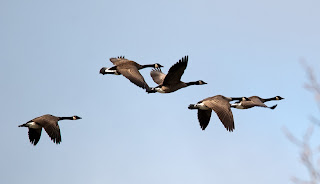 The River and its wetlands is home to large flocks of Canada geese. 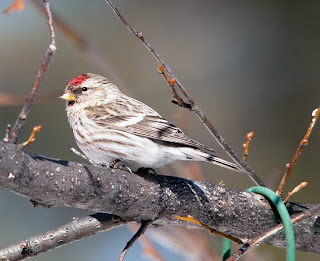 Redpolls are winter visitors. But I wasn't sure if they would visit this year. 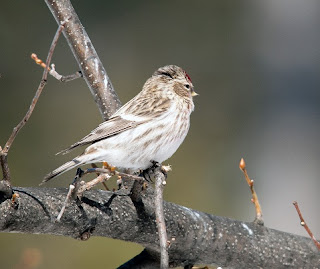 Yet, here they are. The first two photos are females. 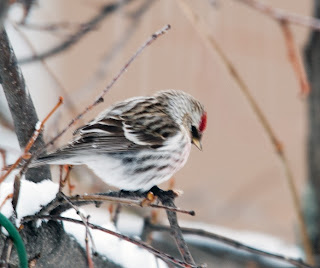 These photos are of a male Redpoll. 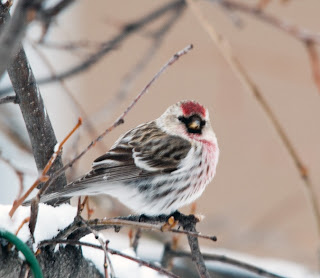 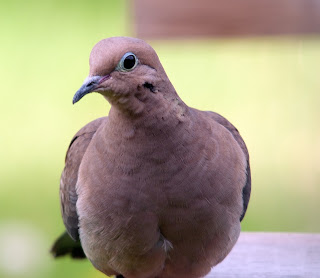 Mourning Doves are constant visitors to our feeders. 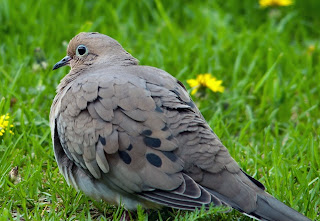 They're such a peaceful bird. 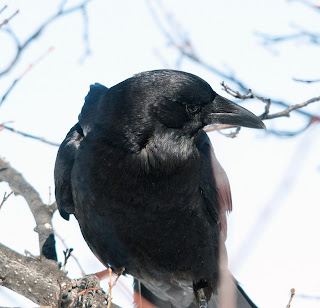 This is of course Huegy, our Northern Crow. A Post to Scenic Sunday @ http://scenicsunday.blogspot.com/ and MYT @ http://ourworldtuesdaymeme.blogspot.com/ 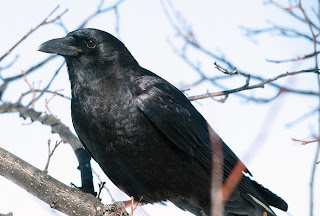