(Black) Birds of a Feather Flock Together At the Vermilon River. A Post To WBW. 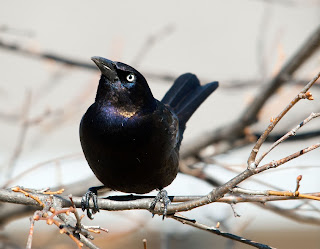 I had read on a web site that one should always watch flocks of blackbirds, and avoid making the assumption that they were like birds. It was I think good advice, and started a collection of blackbirds, which is incomplete as of yet to members and gender. 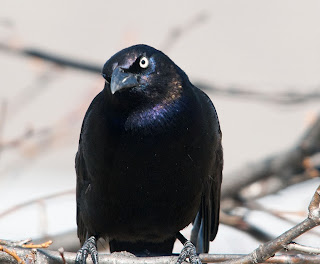 I did not include crows as the difference is too obvious, but it starts with Common Grackle. The description of the grackle,borrowed from Cornell and Wiki is as follows: long dark bill slightly curved, yellow eyes and black glossy feathers with a  purple cast. The female is brown with no purple, but the same heavy beak, and brown eyes. These photos are then of a male Common Grackle, and everything is fine so far. Except my blackbird collection is spotty except for the red-winged black birds below as I lack females, mature males, and immatures in all other cases. I though it was fairly complete. But when I searched it no such luck. 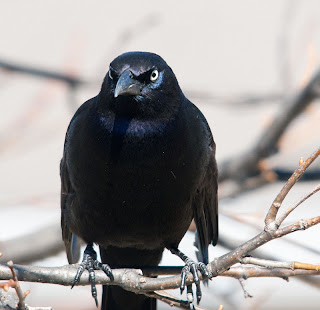 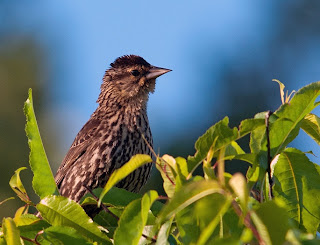 The Red-winged Blackbirds are more complete as I have both male and female. The female is not as flamboyant as the male, and more illusive. 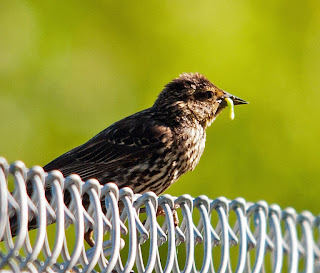 I really got lucky with this pair as I walked a narrow trail on a small wetland as a short cut, that was their nesting site. After the usual complaints at my effrontery, they decided to pose for the camera.. 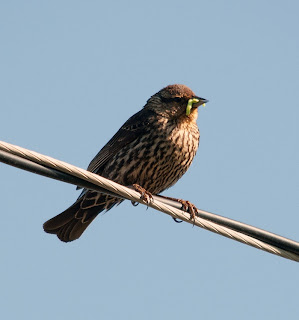 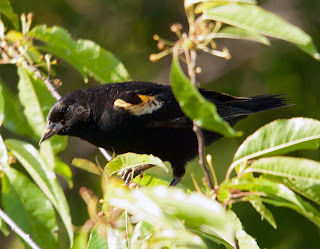 The male was the main attacker when I breached their not so well hidden area, but even he accepted my intrusion, and decided to pose. 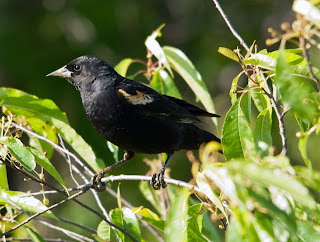 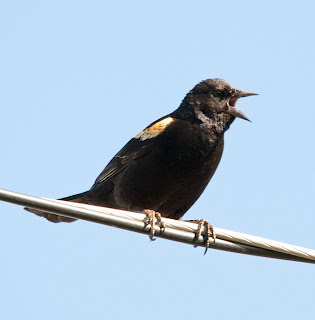 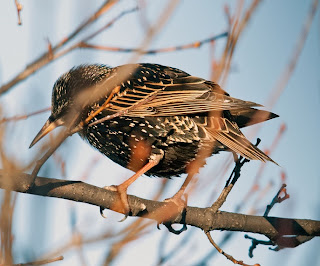 These are all non-breeding Starlings. As to adults in breeding plumage I don't have any. 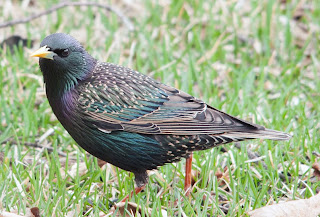 We don't get the large flocks of Starlings that Southern Ontario gets. I think,because we are less urbanized and less agriculturally oriented. 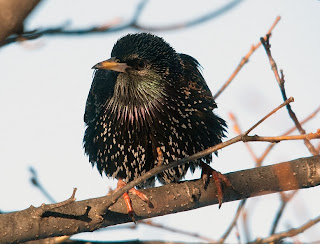 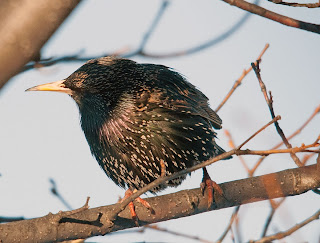 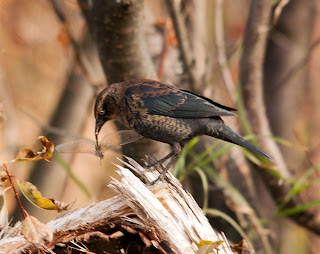 This is a series that I shot on the west side of the Vermilon River of a non-breeding Rusty Blackbird who has just caught a dragonfly. I was pretty lucky here because she was deep in the under brush a moment before her capture. 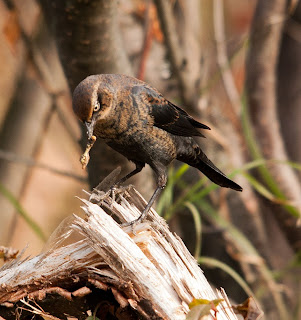 In the second photo, the fly is almost gone. The final shot is a rear view showing how handsome these fellows are. The Rusty is of prime concern as its numbers have declined by some sixty percent. 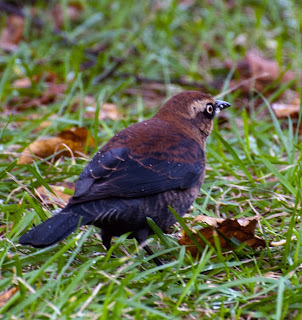 Now the problem  of identification begins. I think this is likely a female Brewers Blackbird because the female Grackle although brown, has the same heavy slightly curved beak as the male. The Brown eye is also common to both female and immature grackle as well as the Brewers. And yes they were all together except for the Red-wings. But I've seen a Red-winged Black bird with a mixed flock also. A Post To WBW @ http://pineriverreview.blogspot.com/
Posted by Unknown at 7:10 AM