A Hike To the Long Lake Wetlands of the Vermilon River. A Post to Scenic Sunday and MYT. 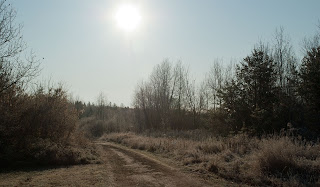 Although we have had snow flurries twice, we've had heavy fog turning to frost several times. It makes for a whole different lighting sequence, as both the frost and the fog mute the colours, intensify the shading, and the fog allows the sun to be included in the photo, with a prism effect that I rather like. Photo one shows all of these effects, while two shows none of them as the rock face faces east and both the fog and the frost are burnt off. But the whole wet land is frozen over with a skim of ice. Photo 3 looks north to the uninhabited chain of lakes, one of which is Mystic Lake. But on the shaded side you can still see the frost on the trees. Four and five face east creating the prism effect as the sun rises over the ridge, but without enough strenght to dissipate the frost or fog. The final photo is taken from the lower end looking NE. 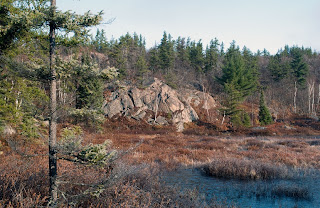 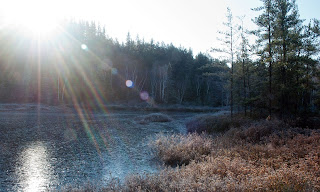 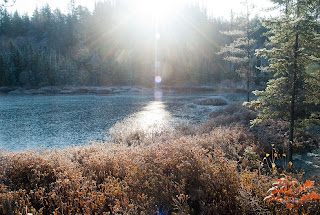 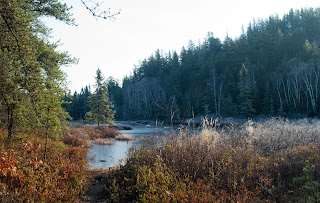 The frost on the plant photos are just an indication of the thickness of the frost, and yes it is cold. 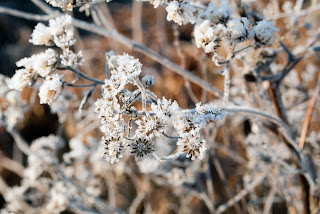 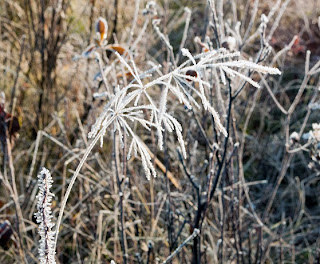 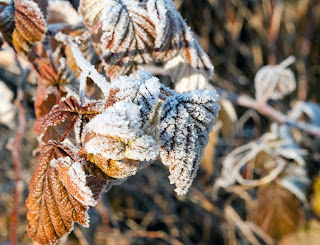 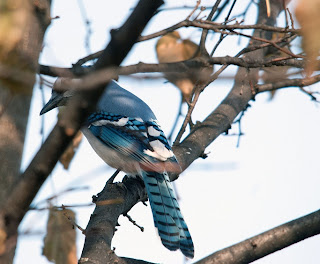 Blue jays are always fun to shoot, and their colouring in the bright sun is incredible especially the tail  area. 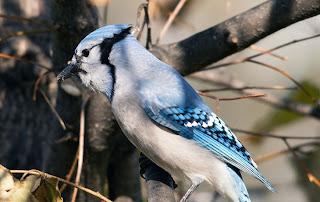 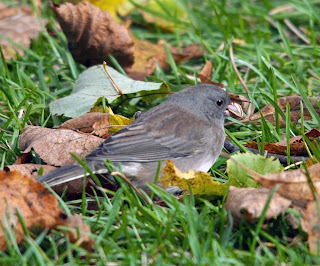 Dark-eyed Juncos are residents of the Boreal Forest just to the north of me, and as such pass through in both the spring and fall. I haven't seen a Robin for a while so possibly they've gone. They stay until the berries are all gone. This fellow is perched in a Choke Cherry tree which still has berries although they're over ripe.. 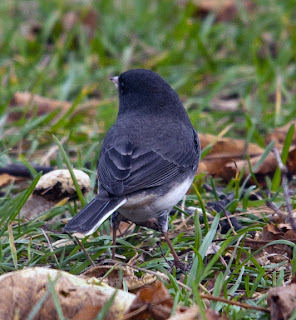 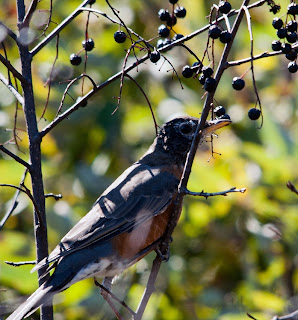 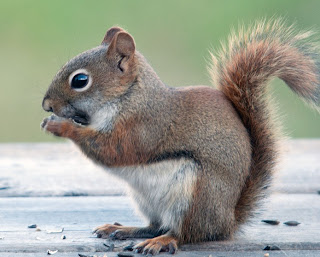 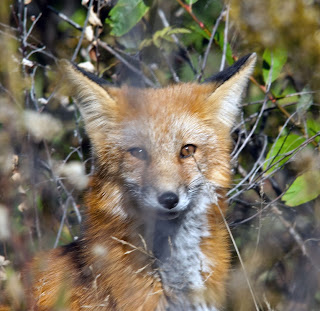 And what would a post be without some four legged critters. The Red Squirrels are really tucking away the food. The red Fox, well he and his kin seem to do well all the time. A Post to Scenic Sunday @ http://scenicsunday.blogspot.com/ and MYT @ http://ourworldtuesdaymeme.blogspot.com/