Bohemian Waxwings of the Vermilon River. A Post To WBW. 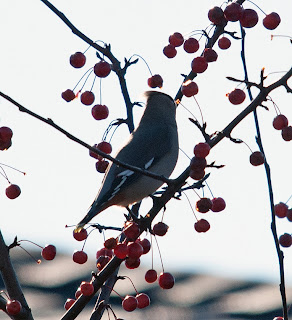 As I was returning from a hike to the west side of the River last week I ran into a small flock of Bohemian Waxwings in a crab apple tree. I had to put the camera back together, and at first had to shoot into the sun while moving around them, praying they'd stay put. 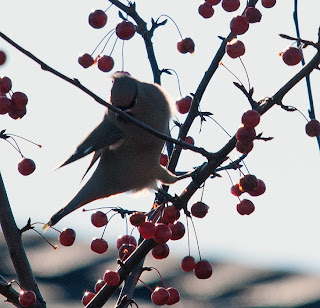 Of course they didn't. They moved from the berry tree to another tree that faced north and therefore out of the sun. Still they were flighty unlike last year when the flock numbered at least a hundred birds. 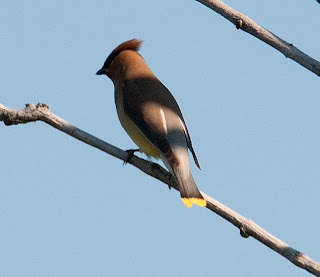 Here in the Vermilon Forest, we're blessed to have both The Cedar and the Bohemians. The Bohemians appear to be visitors from further north. Both are attracted by the ample supply of berries, but once that's gone, they're gone. The photo opposite and below are Cedar Waxwings that I photographed this summer. 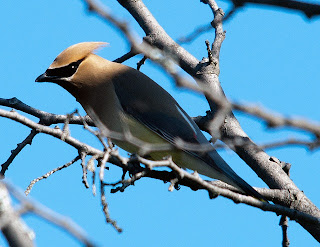 The difference is easy as the Bohemian has a rusty under tail, and more ornate stripes on his wing. 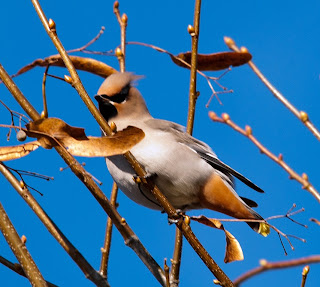 Opposite,you can see the rusty under tail on the Bohemian. 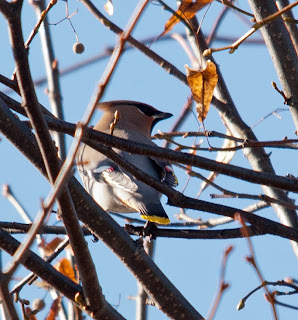 Again opposite you can just make out the more ornate stripes on the Bohemian. The bottom photo shows it more clearly. I included the other photos just for appreciation purposes, and because they capture the bandit personality of these birds , both the Cedar and the Bohemian. A Post To WBW @ http://pineriverreview.blogspot.com/  Click to set up the slide show. 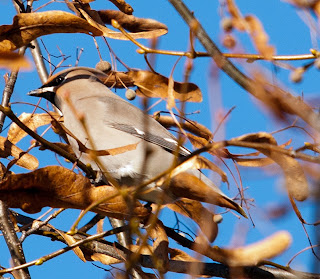 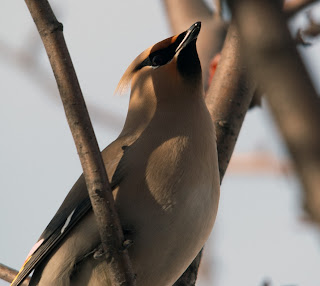 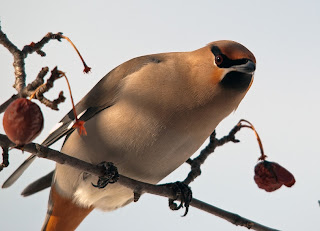 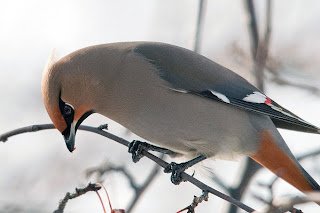