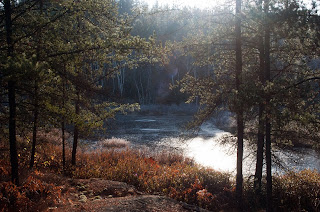 The scene photos were all taken in the Long Lake Wetland on a foggy and frosty day. The right side of all the photos is the east, and the sun is rising over the ridge slowly burning off the fog and frost. There is an ice skim on the water which accounts for the reflection, and on the right side of the photos you can see the frost still on the trees. These are the pre-winter light variations in the Vermilon Forest. Winter will bring gray skies and bright snow. Summer will bring verdant backdrops with bright splashes of colour. So light plays an interesting part here, even in the birds' plumage as the  winter birds are by and large arrayed in bright colours. 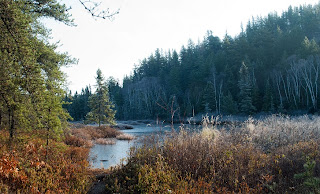 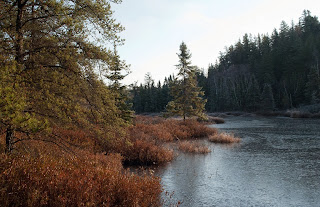 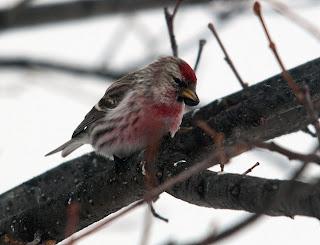 I saw a large flock of birds about a week ago, and finally caught up to them. They're Redpolls, which I'm delighted to see. They were feeding on the birch seed pods. I saw these guys for the first time last year. In the literature it mentioned that these birds leave the Artic in something called an irruption every two years, but they're here again. Maybe we're far enough north for them to pay a visit every year. The first photo is a male, while all the others are females. They're as hard as Chickadees to photograph in the forest as the flock seems to move as a single unit. 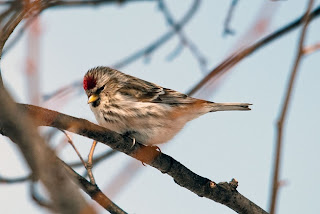 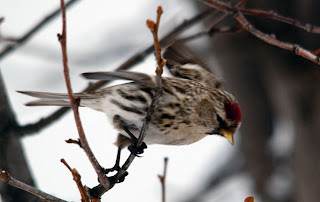 The in flight shot is a fluke and yes it is the same bird. 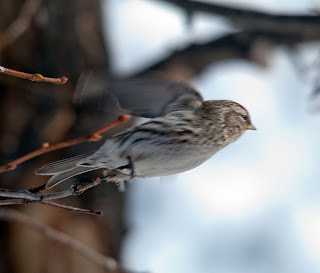 The White-winged Crossbills are a first for me, and were part of a larger flock that was on the east side of the River. At first I though they were Pine Grosbeaks, but look closely at the bill. As well, the wing markings are also different from the Pine Grosbeak Impressive colours!! 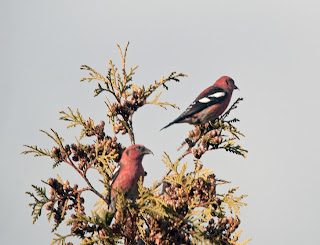 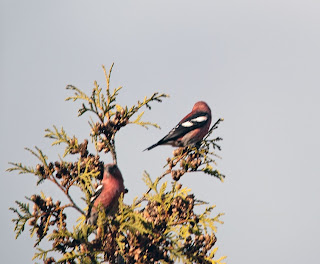 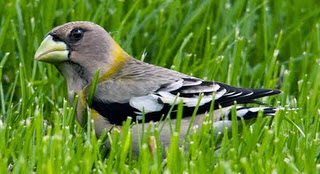 I have only seen these two Evening Grosbeaks so far this year, which is strange as they're usually in flocks also. The photo opposite is the female and below the male. A stunning pair though. 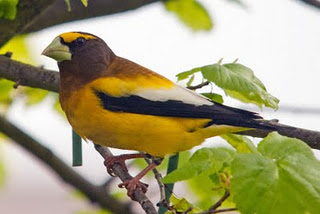 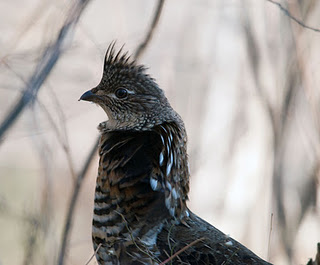 The female Ruffled Grouse was posted earlier on another meme. I 've seen them before, but this is the first time I've been able to get a photo, and I wanted to show her here with the birds of winter. 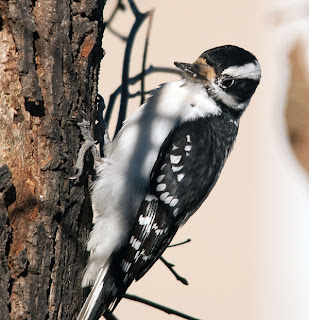 Always a stunning looker although not dressed in bright colours, the female Hairy stays here all year. 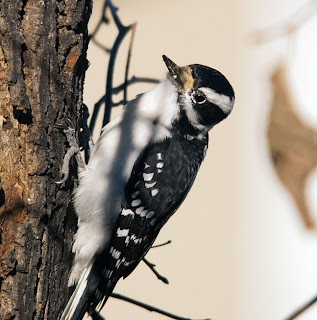 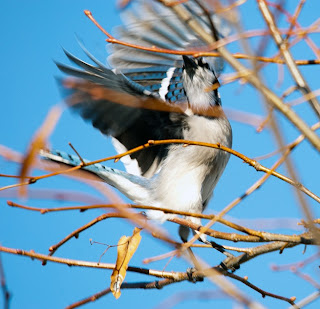 The Blue Jay is an all year resident, But I think is more noticeable in winter, because of the absence of leaves and his flamboyant colouring. 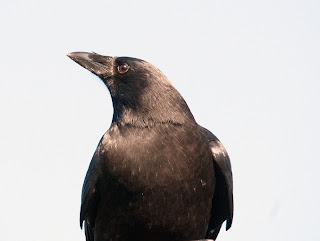 And of course there is our Northern Crow Hugey in basic black, but always looking stately. I think the bright plumage of the winter birds warms the winter, and compensates for the frequent gray skies.
A Post to WBW @ http://pineriverreview.blogspot.com/
Posted by Unknown at 9:05 AM