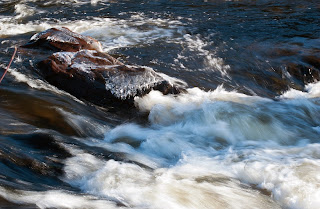 All these photos were shot on the west side of the River on Wednesday, a bright cold day, as you can see from the ice build up in the rapids. But the weather is up and down, as the forecast for today is 6C and for tommorow a balmy 9C. 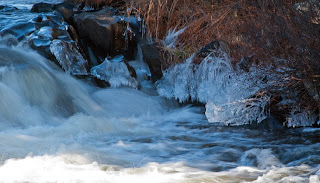 At every turn in the rapids the spray is creating an ice sculpture. 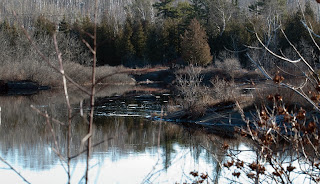 Similarly just above the rapids, ice is forming in the little bays and inlets created by the meandering river. 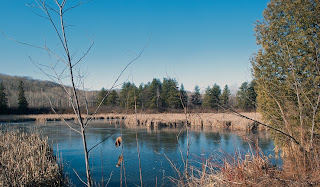 The wetlands are also freezing over. The reflection is in the ice skim on this wetland. 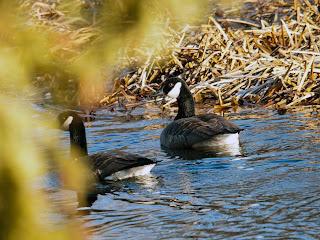 But the Vermilon never really freezes as these geese seem to realize. I think they're from further North, and are just building up to migrate. 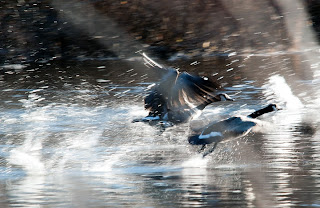 There is too much motion blur in this photo, but I'm always fascinated by the way these guys take off from a floating start. Look at the amount of water displacement. 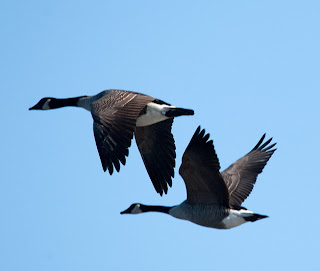 After disturbing them, I caught the flock flying up river, on my way back. 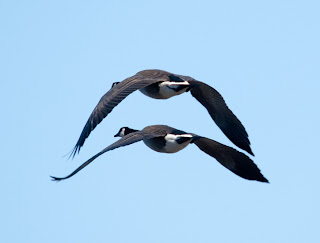 Catching them in flight was a bit like a naval anti-aircraft gunner must have felt before the invention of electronic equipment. 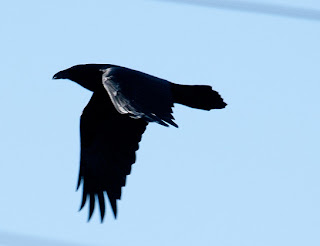 The crows inhabit the east side, and the Ravens rule the river banks. My home Crows accompany Boomer, and I on our walks but only so far. They avoid Raven territory. You can tell this is a Raven by the wedge shape to his tail 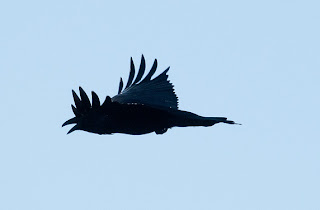 Again, I'm amazed at the wing movement involved in flight. 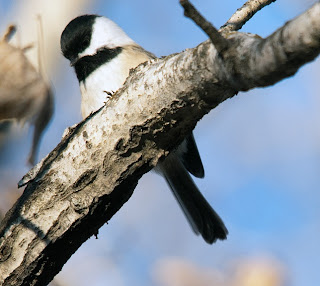 This Black-capped Chickadee finally stopped horsing around for me to get a close up. 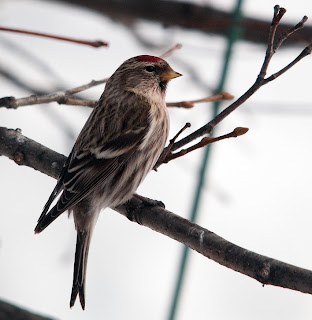 This is the same male Redpoll in both shots. These guys are also hard to get good photos of as they're flighty. 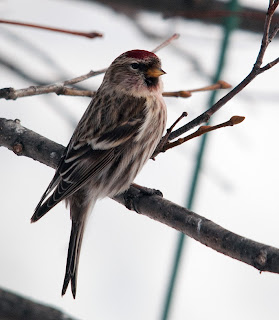 A post to SWF @ http://skyley.blogspot.com/ and Scenic Sunday @ http://scenicsunday.blogspot.com/  Click on the photos for the slide show. Happy Thanksgiving to all American readers.
Posted by Unknown at 7:07 AM