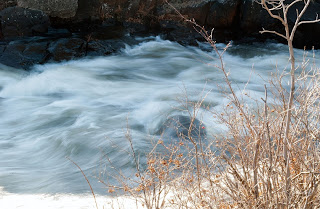 The weather has certainly been on again, and off again. With warmer temperatures came rain, and frost with the cooler temperatures. The other day I got snowed on, sleeted on and rained on. All within a twenty minute period. The water photos are my attempt to show the Rapids in flood. To pre-answer a question, you can canoe or kayak the Vermilon to its headwaters, about 200 or so miles north of me. You could equally  go west until it empties into Lake Huron, one of the Great Lakes. You're not going to see many people either way, but more to west as it gets closer to Lake Huron. 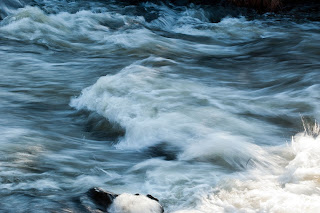 The backwash makes for an interesting visual. Can you shoot the rapids? Not a good idea I think when it is high like this. 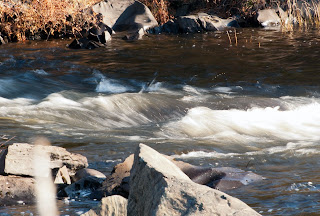 In a canoe or kayak, you would normally use the side rapids to cut down the distance of the portage. But now  the water here would sweep you into the chute. 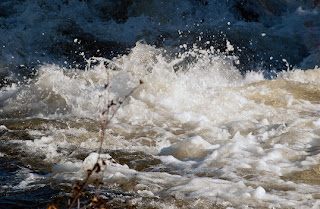 You can see how high the water is leaping. 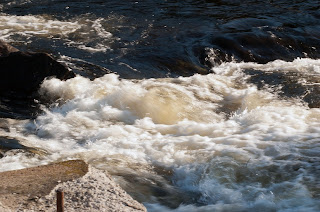 The concrete appearing in this photo is part of the old bridge abutment. The whole trail is an abandoned rail line. 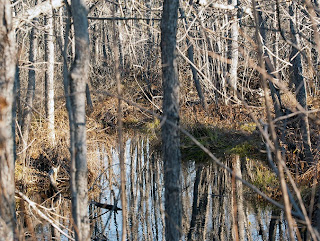 The Vermilon in flood creates all sorts of little backwaters, which provide food and shelter to wildlife. 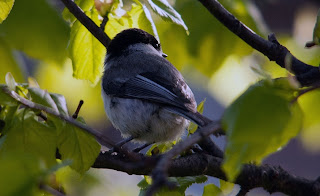 Black-capped Chickadees are plentiful, but difficult to shoot, because they're flighty. 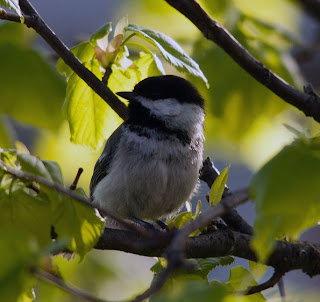 But they can look stately when you capture them. 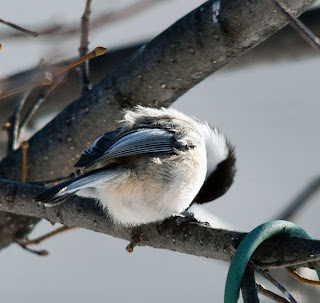 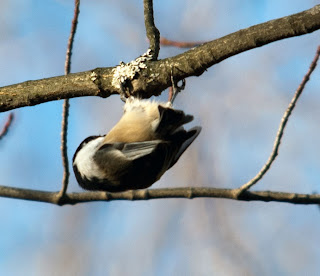 From stately to the village clown in five seconds. 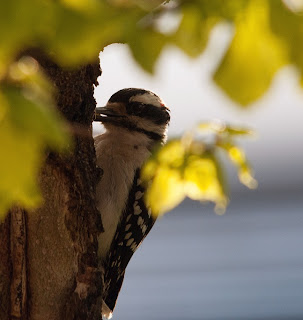 I was transferring photos from memory cards to my new hard drive and found this Male Hairy Woodpecker. 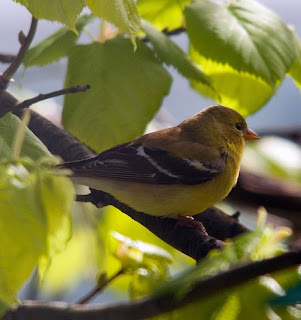 The same for the shots of the female Goldfinch and the Common Grackle below. 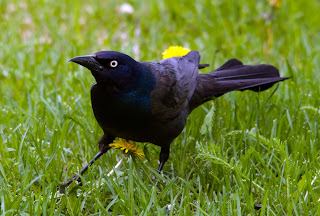 Looks a little demented doesn't he? 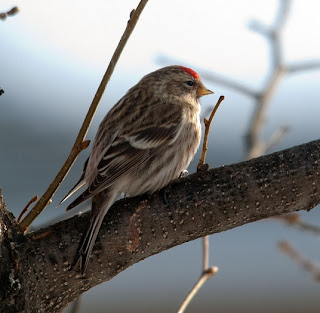 The Redpolls have arrived as I mentioned in a previous post. Opposite is the female. 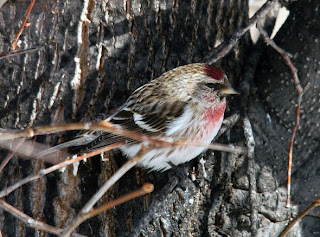 Not to be outdone, this is the male. 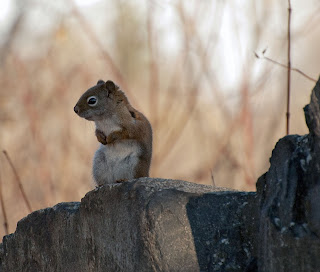 I disturbed this red squirrel as I rounded a corner in the trail. You can see the tongue lashing that I got.  He suffers from a severe case of the "cutes", doesn't he? A Post to SWF @ http://skyley.blogspot.com/ 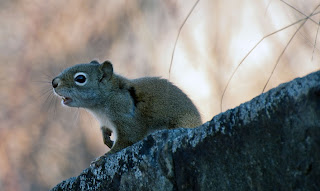